On Feb. 5, the unionized workers rejected the first tentative agreement with management, which called for a pay raise of 46,000 won for 2019, a wage freeze for 2020 and the cancellation of a lawsuit against union members who opposed the spinoff of Hyundai Heavy in 2019.

It remains unclear when the two sides will resume negotiations. 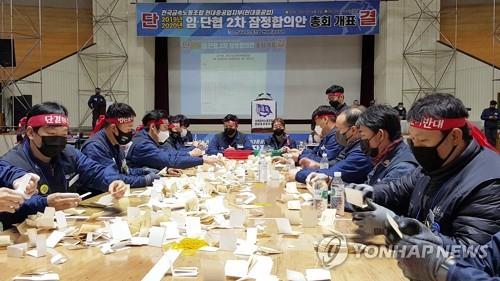