SEOUL, April 3 (Yonhap) -- President Moon Jae-in assured Jeju residents and others Saturday that the government will faithfully implement a revised special law on compensating the victims and bereaved families of the April 3 massacre seven decades ago.

He described the legislation as a "blueprint for building a house of history" related to the tragedy, speaking at a memorial ceremony held on the southern island.

"(The government) promises to elaborate the blueprint and faithfully implement it," he said in a televised speech at the Jeju April 3 Peace Park.

In February, the National Assembly passed a revision bill on providing legal grounds for broader systematic compensation for the victims of the bloody uprising and bereaved families. It is officially named the Special Act on Discovering the Truth of the Jeju April 3 Incident and Restoring the Victims' Honor. 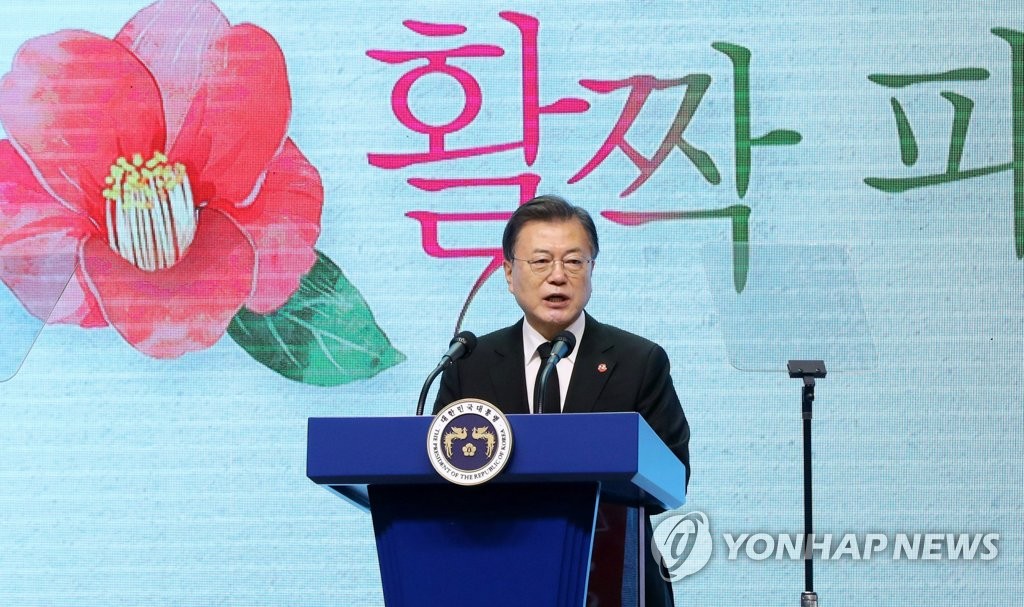 Tens of thousands of civilians were killed by the authorities in a yearslong bloody crackdown on their protest against U.S. military-led rule following Korea's liberation from the 1910-1945 colonial rule of Japan. The authorities labeled them as pro-communist forces amid deepening ideological divisions that were followed by the 1950-53 Korean War.

Many were also imprisoned or declared missing, with their families having suffered agony and discrimination for a long time.

The revised law paves the way for additional fact-finding probes, compensation and special re-trials for convicts totaling more than 2,000.

The sweeping revision of the law, enacted in 2000, will be lauded as "one of the biggest accomplishments by the 21st National Assembly," according to the president.

"The government will carry out its duties by returning even a little of what was lost by state violence (to the victims) through the discovery of the truth, recovery of honor and compensation for each individual," he said.

Moon reaffirmed the plan for a "national trauma center" to help heal the wounds and pain of the surviving victims and bereaved relatives.

The April 3 Incident Trauma Center has already been in trial operation since May, and the Moon administration is pushing for the elevation of its legal status to that of a national organization. 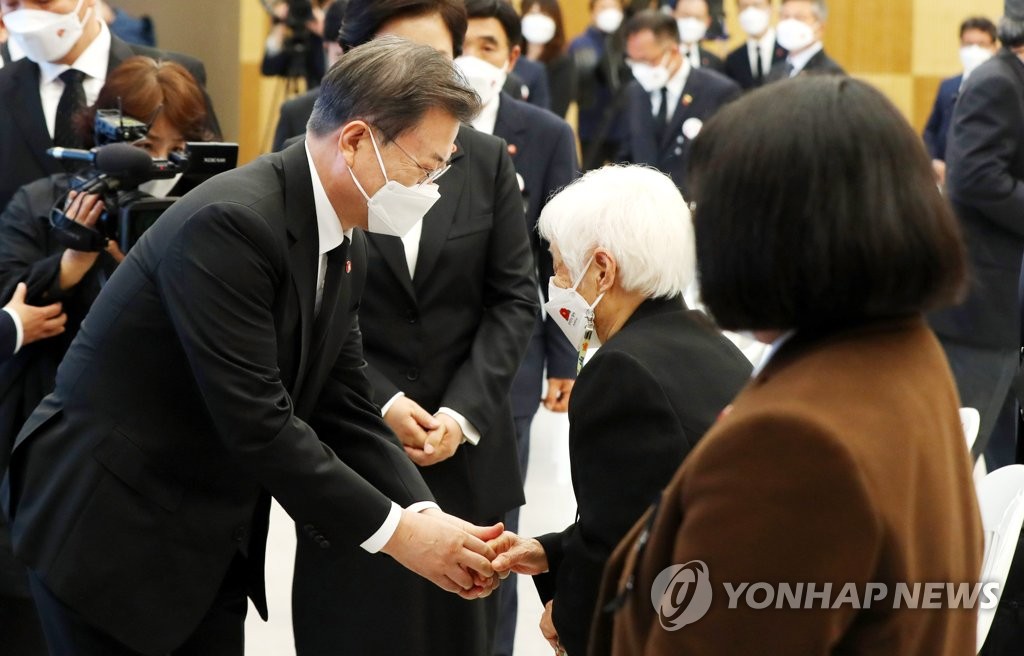 South Korea's defense minister and police chief were also in attendance at the formal anniversary ceremony for the first time. Moon attached special meaning to the move as a show of "sincere apology" for what the authorities did in the past.

The Korean National Police Agency said in a separate statement that Commissioner-General Kim Chang-yong attended to "pray for the souls of the innocent victims of the Jeju April 3 incident and to declare that the police have not forgotten their past wrongdoing."

Kim was quoted as saying in person that the police will look back on the "painful history" and try not to repeat such a wrongdoing. 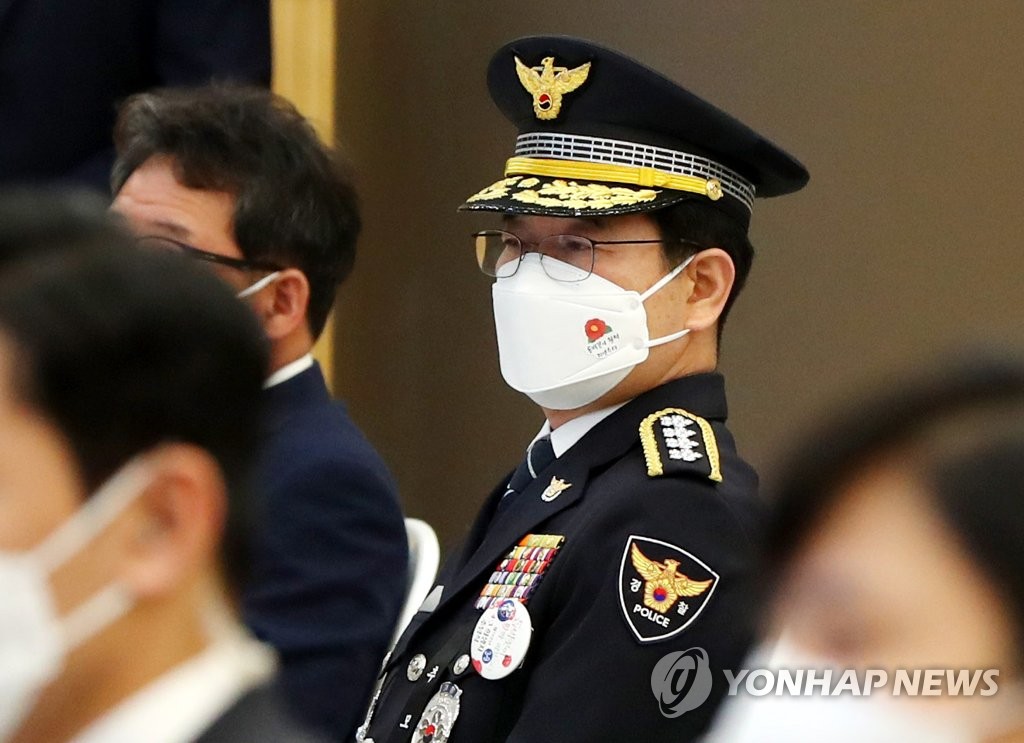