April 3 (Yonhap) -- Early voting for next week's by-elections finished Saturday with a turnout of 20.54 percent, the highest in South Korea's by-election history, according to election authorities.

During the two-day advance voting period that ended at 6 p.m. on the day, 2.49 million of the total 12.16 million eligible voters cast their ballots, according to the National Election Commission.

Voters will choose new mayors of Seoul and Busan as well as 19 other public officials in the April 7 by-elections. 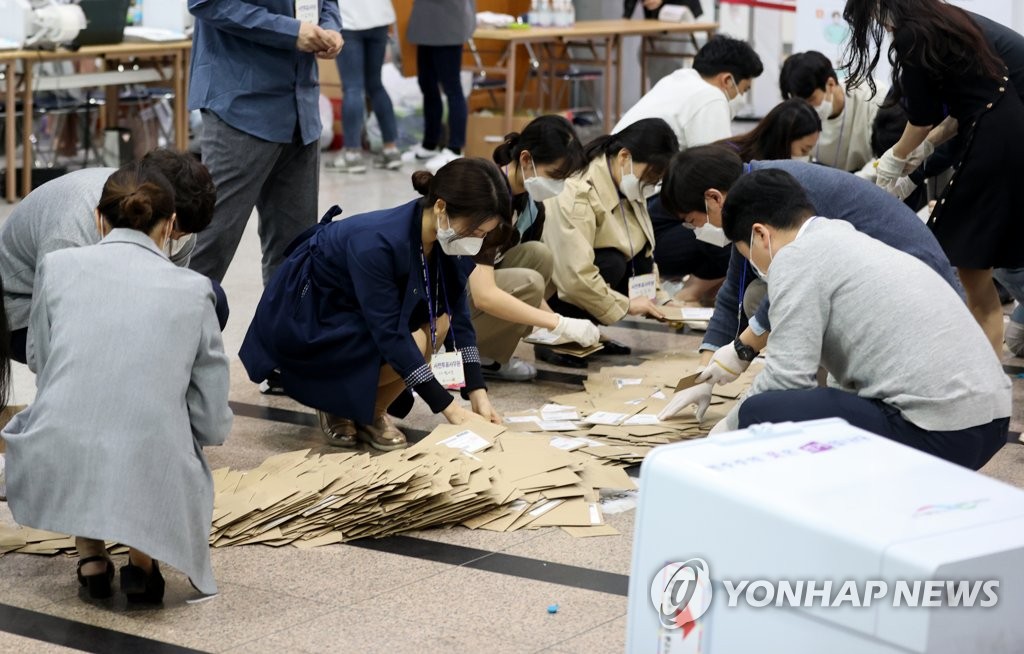 Park Young-sun of the ruling Democratic Party (DP) and Oh Se-hoon of the main opposition People Power Party are in a de-facto two-way Seoul mayoral race.

Kim Young-choon of the DP is competing with Park Heong-joon of the PPP to become Busan mayor. Winners will have about a year in office.

Meanwhile, the early voting turnout came to 20.14 percent In the 2018 local elections, a national poll which ended with the final turnout of 60. 2 percent. 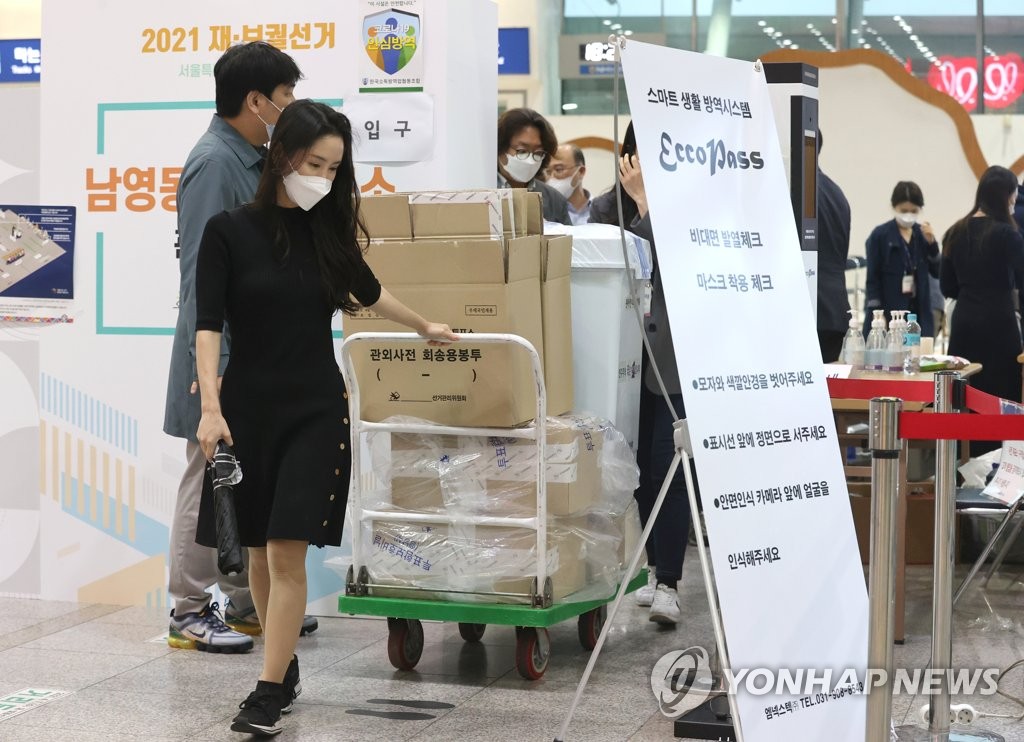