KAI has reached a consensus with the Defense Acquisition Program Administration on the need to develop transport and multipurpose aircraft to meet domestic demand for the planes, the company's Executive Vice President Ryu Kwang-su told Yonhap News Agency on the sidelines of a press conference.

"Currently, there are 30 multipurpose and 70 transport planes operated by the Army, Navy and Air Force. We are targeting to replace the imported aircraft with domestically developed ones and advance to overseas markets with our own planes in the long term," Ryu said.

If developed, the transport aircraft would be used for multiple purposes, including as a reconnaissance plane and a maritime patrol aircraft, as it shares the same platform as a midsized aircraft, he said.

South Korea is among the world's seven major aircraft manufacturing countries along with the United States, Britain, China, Japan, Russia and the European Union. 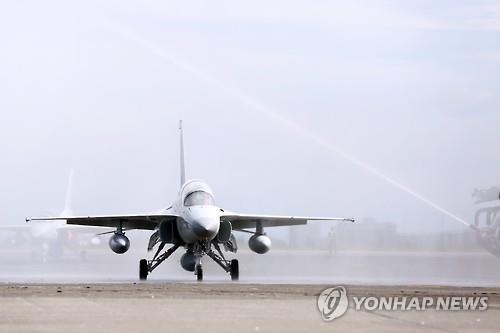 KAI is also looking for business opportunities in the fields of urban air mobility, personal air vehicles for civil and military purposes and electrified aircraft, the executive said.

KAI will decide on the type of engine for an electrified aircraft, whether a hybrid or hydrogen fuel-cell electric engine, in the next five years and aims to develop a prototype electrified plane by 2029, he said.

KAI said it will be able to partner with "a local company" in the future mobility business. Hyundai Motor Group appears to be the company's most likely business partner in the field.

On top of efforts to secure a future growth driver, KAI said it will focus on exporting the FA50 light attack aircraft and the Surion (KUH-1) transport utility helicopter to emerging countries this year.

"We expect to export two FA-50s to Thailand this year, while making efforts to sell the aircraft to Colombia and Malaysia, which plans to adopt 36 light attack planes over the next 10 years," the executive said.

KAI used to win deals to manufacture wing and body parts for passenger jets made by Airbus and Boeing Co., but the deals have dried up since early last year due the coronavirus pandemic.

As for capital expenditures, the company said it will spend 2.2 trillion won (US$1.9 billion) in facilities, research and development activities and stake investments in companies with advanced technologies for five years through 2025.

KAI has set a goal of 5 trillion won in sales in 2025 helped by improving parts orders from the world's two biggest aircraft companies and possible exports of FA-50s and Surion helicopters. 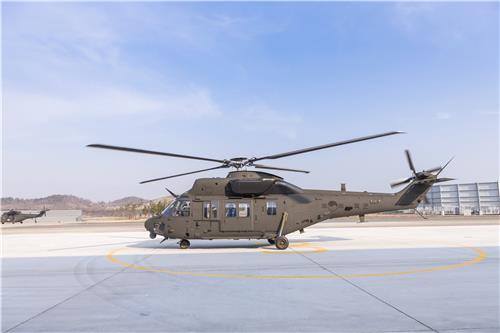