SEOUL, April 5 (Yonhap) -- North Korea's official newspaper called Monday for the localized production of industrial catalysts, as the country steps up efforts to resuscitate its chemical industry that has remained listless after a boom in the 1980s.

"Until the 1980s when the chemical industry was growing vibrant ... dozens of catalyst types were produced on our own," the Rodong Sinmun, the organ of the ruling Workers' Party, said.

It pointed out that the industry currently faces many challenges due to a lack of "strategic management" and "practical measures," as well as a lack of scientific research in developing and using new catalysts.

The paper stressed the importance of developing industrial catalysts, saying that it is "the key link that can bring about a new shift in the chemical production industry."

"We can only achieve clear progress when we advance our research with confidence that everything we need for developing catalysts is already on our own land," it added.

The North appears to be seeking ways to localize and foster its chemical industry as part of efforts to build a self-reliant economy amid crippling international sanctions.

At the eighth congress of the ruling Workers' Party in January, Kim admitted the failure to meet the country's previous five-year development goals and put forward a new five-year plan focusing on self-reliance.

During the session, Kim stressed that the North will focus its investment in the metal and chemical industries. 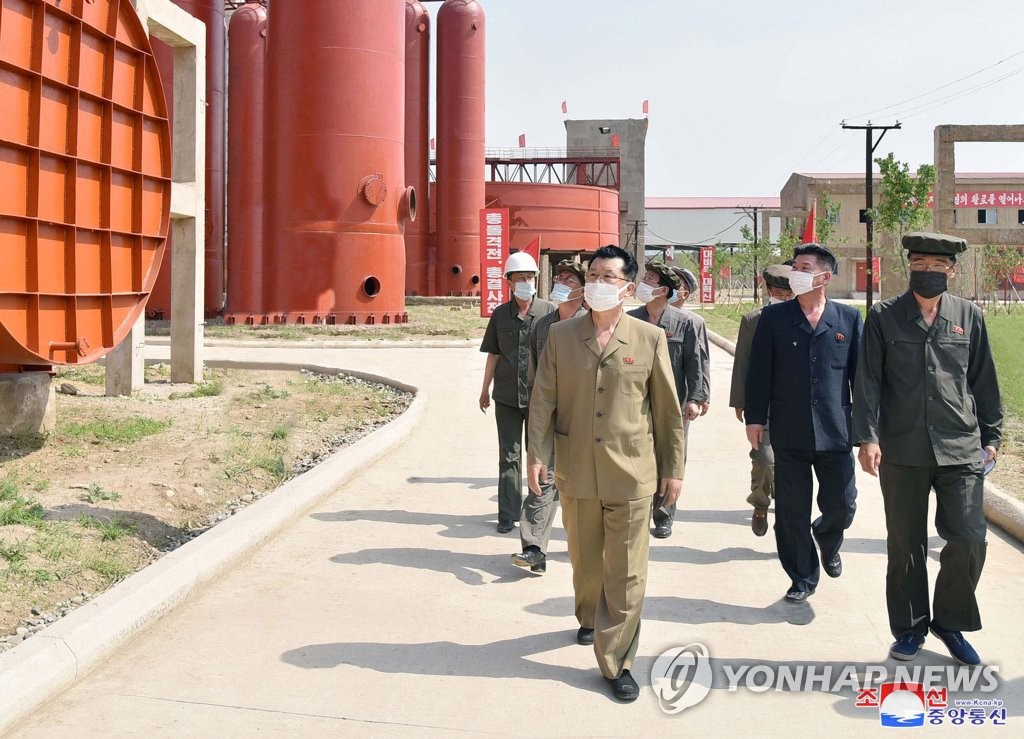