SEOUL, April 5 (Yonhap) -- The unification ministry said Monday that it will conduct a survey of families separated by the 1950-53 Korean War to figure out the exact number of survivors and demand for reunions with their relatives in North Korea.

The survey will be carried out from Tuesday until the end of October mostly on around 48,000 people who have applied for reunions with their long-lost family members in the North, according to the ministry.

South Korea has conducted the survey every five years since 2011 to see if such people are still alive and want reunions. This year's marked the third of its kind.

The ministry said the survey will help collect more accurate and updated information on separated families that could be readily used in the case that a reunion event is held.

The survey also aims to find separated families who have yet to apply for reunions and ask if and through what methods they want to see or communicate with their relatives in the North, the ministry said.

The two Koreas held their last face-to-face reunion of separated families in August 2018 at the Mount Kumgang resort on the North's east coast after inter-Korean Red Cross talks. It was the first family reunion in about three years.

South Korea has since pushed to hold regular family reunions as a top humanitarian cross-border issue given that many of the survivors are in their 80s and older.

Seoul has also sought video reunions and secured relevant sanctions exemption on equipment to be sent to the North, but no progress has been made amid strained inter-Korean relations and the global pandemic.

The ministry said it plans to build six to seven more video reunion centers, in addition to 13 such halls established in Seoul and the surrounding area. 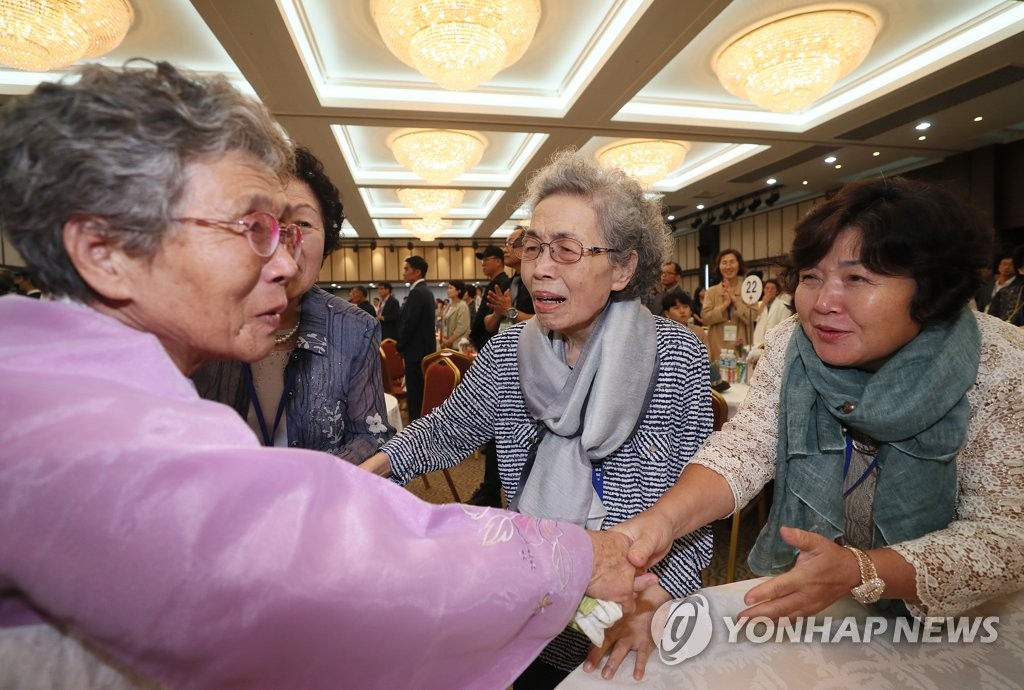