He joined the official ceremony held at the Dangin-ri power plant site in the western Seoul district of Mapo. Dangin-ri was constructed in the 1930s as the country's first coal-fired power plant. A major remodeling project is under way there to create a park-cum-culture complex, as a modern thermal power plant, based on liquefied natural gas (LNG), has been built underground.

Moon received a briefing from Choi Byung-am, head of the Korea Forest Service, on plans to expand the "urban forest," including a push for planting a total of 3 billion trees nationwide over the next three decades. 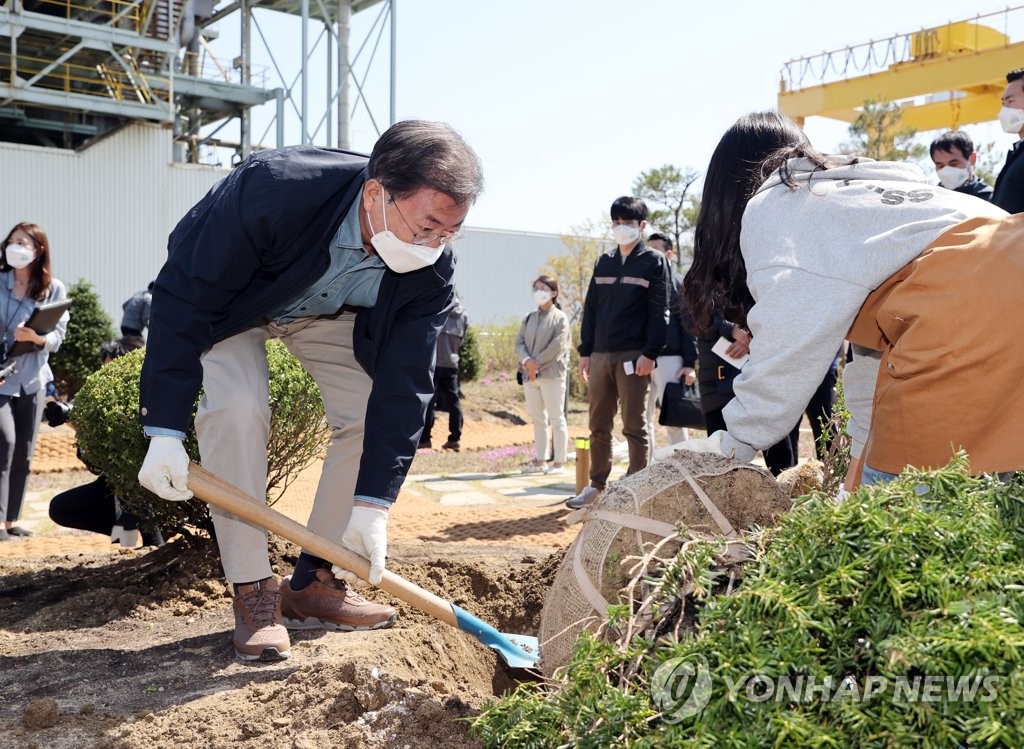 The president planted four trees there along with an elementary school student in commemoration of the 76th anniversary that falls on April 5.

Speaking to the student and her schoolmates, Moon pointed out that Seoul has declared its aim of achieving net-zero carbon dioxide emissions by 2050.

For the aim, South Korea needs to reduce carbon emissions to as little as possible, and one of the important methods is to absorb carbon by planting many trees, he said.

"In South Korea, forests and trees absorb 6.3 percent of its total carbon emissions," he added.

The event was meant to publicize the importance of forests and woods, as well as environment-friendly energy use, for the future generation, Cheong Wa Dae said. 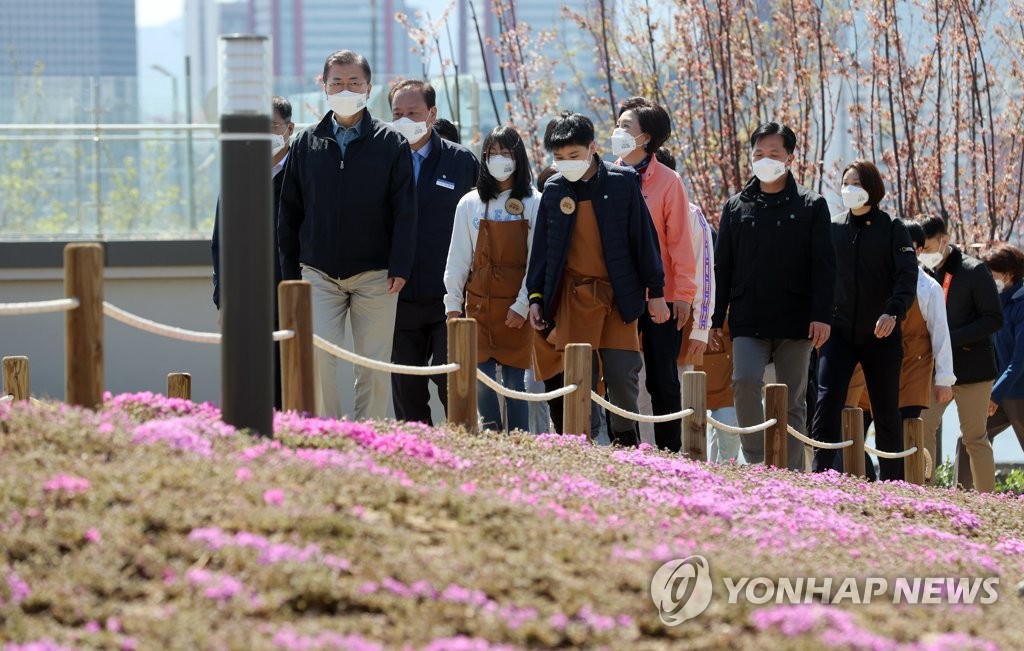