The government has helped organize one or two temporary flights a week from the Southeast Asian nation since the Feb. 1 military coup that plunged the nation into turmoil. So far, a total of 411 out of some 3,500 South Koreans living there have returned home on those flights, according to the official.

Another 274 people will be flying home this week, the official said.

The military junta's violent crackdown on protesters is estimated to have killed at least 557 people in Myanmar, heightening the social unrest.

No damage from the Korean community has been reported, but the death by shooting of a local employee at the Yangon branch of South Korea's Shinhan Bank has raised vigilance.

To ensure the protection and safety of Koreans, the government is getting "fully prepared" to take swift steps when necessary, including the possible travel ban and increasing the special flights in consultations with Myanmar's national carrier and aviation authorities, the official said.

"Starting this week, we're running three flights every week in April," he said. "Four flights a week is also possible, but the demand has not reached that level yet."

There are over 260 South Korean companies operating in Myanmar, many of which account for sewing businesses that run factories there, making it difficult for them to leave the country.

Imposing a travel ban is also a measure under consideration, but it is unlikely that the measure will be applied any time soon, the official said.

"We're keeping the measure in mind, but we would first instruct our citizens to take shelter in safe places and get everyone out of there before we put out a travel ban," he said. "It's not the case yet, but we're getting fully prepared."

On Saturday, Seoul's foreign ministry raised the travel alert for Myanmar to "red", the second highest in the four-tier system, which recommends a withdrawal from the country.

In a press conference last week, Foreign Minister Chung Eui-yong mentioned the possibility of sending military aircraft or special planes to bring Koreans home "within 24 hours" if a withdrawal decision is made. 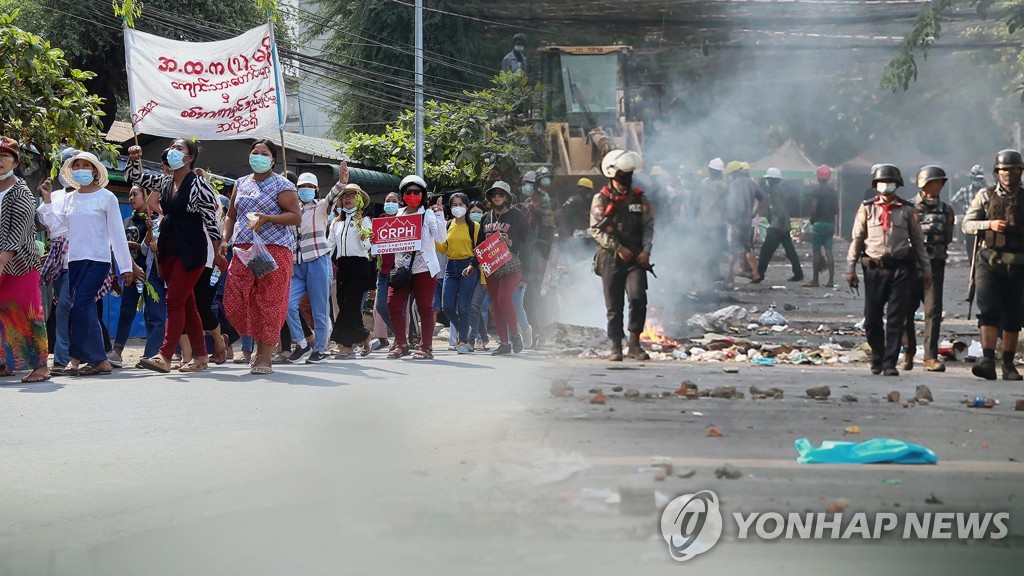