SEOUL, April 5 (Yonhap) -- President Moon Jae-in called Monday for a sense of vigilance against COVID-19 among the people in South Korea, with the daily number of newly confirmed cases hovering around 500.

He warned of strict measures against violations of social distancing rules and other acts that obstruct the antivirus fight, speaking in front of pool reporters.

"The government has no other choice but to apply a zero-tolerance principle over such behaviors, while taking coronavirus control and prevention measures more thoroughly," he said at the start of a weekly meeting with senior Cheong Wa Dae aides. 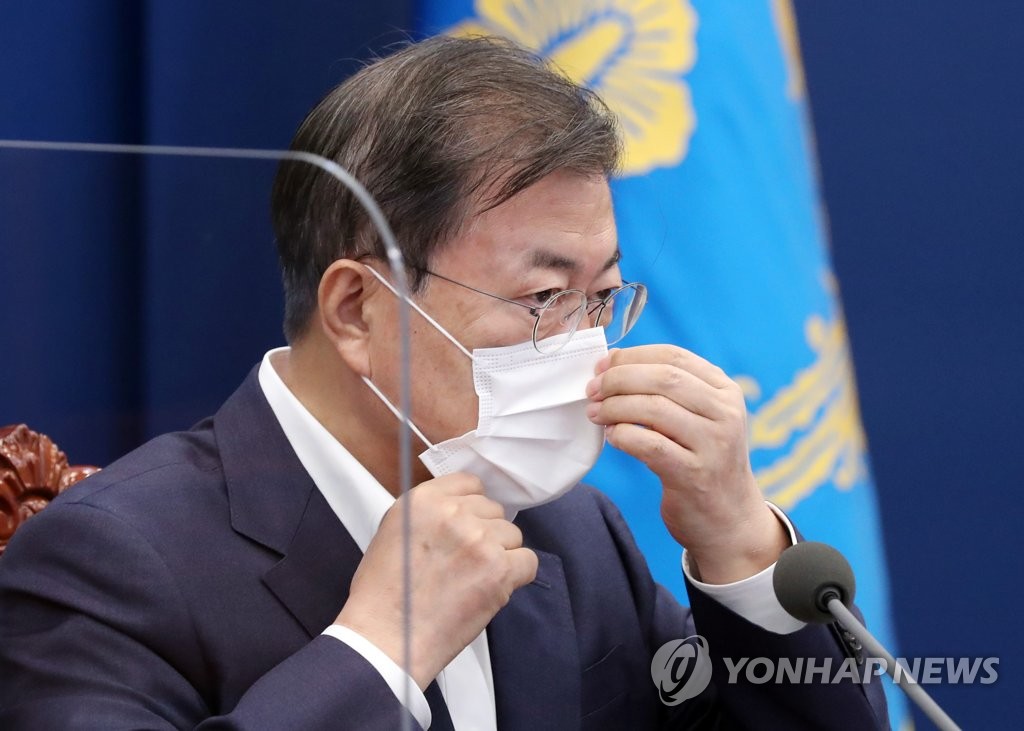 The president asked voters to cast their ballots in Wednesday's by-elections and abide by social distancing restrictions.

He stressed that the government will make every effort for South Korea to reach herd immunity by November despite instability in the global vaccine supply. The nation aims to get 12 million people inoculated before the end of June under the state vaccination program that was launched in February.