LG decided to pull out from the mobile phone business after years of dismal performance. The company's mobile communications (MC) division has been in the red since the second quarter of 2015, and its accumulated operating losses reached 5 trillion won (US$4.4 billion) last year.

Indeed, LG Electronics, which started in 1995, had been one of the top players in the global mobile phone sector, once becoming the world's third-largest handset maker. 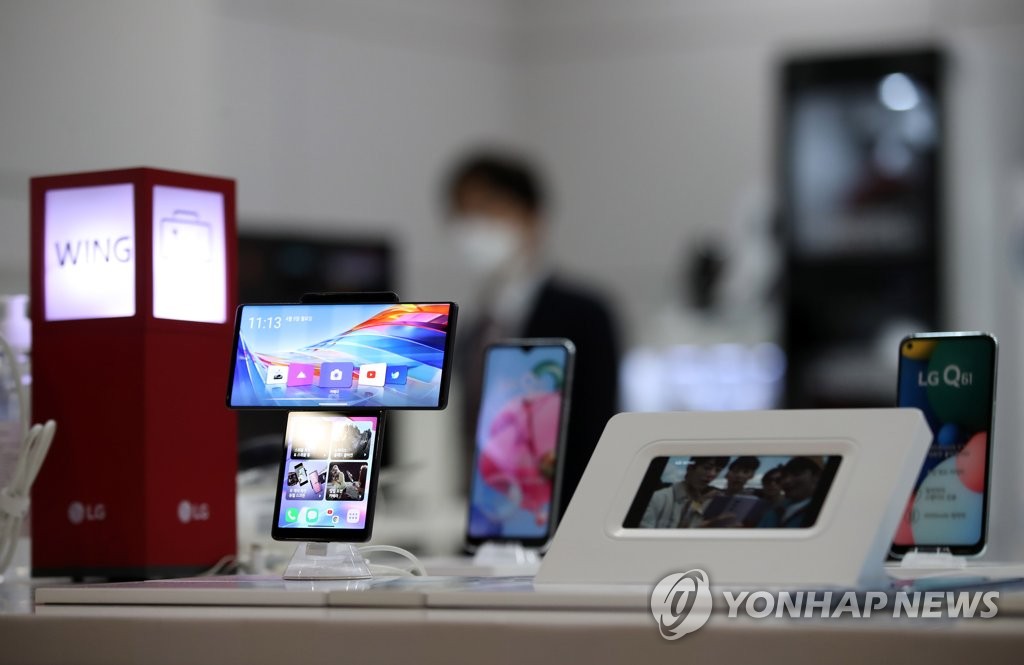 Analysts pointed out LG's late entry to the smartphone market and its audacious approach led to the demise of its mobile business.

LG first entered the smartphone market in 2010 with Optimus after Apple Inc. paved the way with the iPhone in 2007.

"The market share of LG smartphones has continued to decline after reaching about 4 percent in the second quarter of 2017," Lim Su-jeong, an analyst at Counterpoint Research, said. "It has been below 2 percent since the third quarter of 2019."

Sandwiched by Apple and Samsung in the premium segment, and Chinese players in the budget phone sector, LG has been striving to make a turnaround in its mobile business in recent years.

To reduce costs, the company shifted its smartphone production base to Vietnam while expanding outsourcing deals.

LG also placed its bet last year on the Explorer Project, its new mobile category highlighted by a different form factor, and released the Wing, a rotating dual-screen smartphone.

However, such efforts were not enough for the company to break away from its extended slump.

"LG did not see benefits from Huawei's struggle in the smartphone business slump last year, and there was no business improvement with the launch of the Wing," Ko Jung-woo, an analyst at NH Investment & Securities, said. 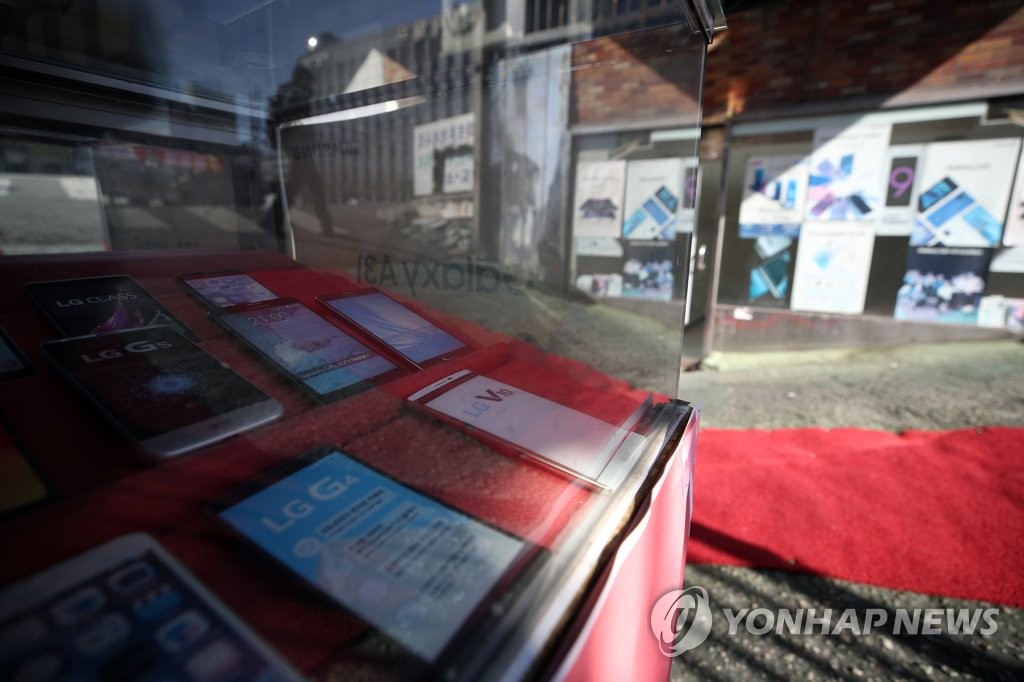 Although its smartphone business came to a bitter end, LG Electronics aims to use its assets and know-how from the mobile business for the growth of the company's other businesses.

LG has previously said it is looking for ways to "internalize" and use its core mobile technologies to create synergy with its other businesses, such as electric vehicle components, connected devices, smart homes, robotics and AI.

Though there will be no production of handsets after end-May, LG said research and development (R&D) activities in the mobile sector will continue.

The company, which boasts around 24,000 patents regarding 4G and 5G technologies, is now setting its sights on securing 6G telecommunications solutions that are critical to the era of Ambient Internet of Everything (AIoE) where everything is virtually connected.

"We are looking for various ways to utilize our patents in telecommunications," an official from LG said. "Those are essential for next-generation TVs, and we will keep developing such technologies."

Analysts said LG can save up to 1 trillion won this year by closing its mobile business and that money will be used to bolster its growth in existing businesses and fund possible mergers and acquisitions (M&A) in the future.

In particular, LG has been recently beefing up its auto parts business for electric vehicles (EV) and autonomous driving cars.

In 2018, the company acquired ZKW Group, an Austria-based company that leads the automotive lighting sector.

It will also establish a joint venture in July with Canadian auto parts maker Magna International Inc. that will produce EV powertrains.

LG's vehicle components solutions (VS) division, created in 2013, has been in the red for the past five years, but the company expects to make a turnaround this year and predicts the unit's sales will expand through 2024 with average annual growth of 15 percent. 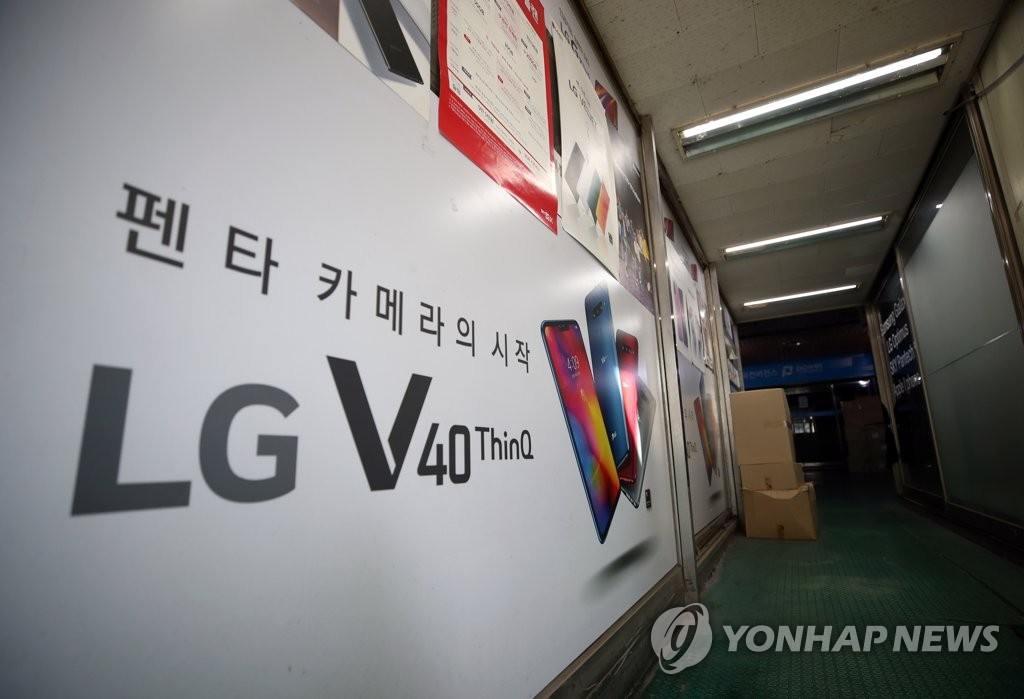 For its main home appliance and TV businesses, LG is expected to utilize mobile unit workforces to provide better Internet of Things (IoT) and customer-care platforms as well as smart home services.

The company has also been trying to expand the ecosystem of its LG ThinQ IoT platform via partnerships with other tech firms and even food companies.

In January, LG acquired U.S.-based TV data analysis startup Alphonso Inc. so that it can offer enhanced and customized services to users of its smart TVs and streaming platform.

Industry observers said LG is also expected to jack up its spending in the field of robotics and AI.

The company has been promoting its CLOi line of robots and its open-source Robot Operating System (ROS) 2. It has also been discussing with global experts in the fields of AI, big data and cloud with its launch of a networking group called the Innovation Council.

"The revenue decline coming from the mobile business exit can be offset with growth of its vehicle part business," Park Kang-ho, an analyst at Daishin Securities, said. "With more R&D toward automotive, robot and AI businesses, the company can create a new corporate identity as an AI-based comprehensive solutions provider."