SEOUL, April 8 (Yonhap) -- It wouldn't be a stretch to describe Oh Se-hoon, the former Seoul mayor who was elected again to the post Wednesday, as a political gambler at heart.

Nearly a decade ago in August 2011, Oh, then a two-term Seoul mayor, threw his job on the line in a high-stakes city referendum he called in opposition to a universal free school lunch program supported by the opposition-led city council.

As the referendum ended up being rejected due to weak voter turnout, the mayor affiliated with the Grand National Party (GNP), the predecessor of the conservative main opposition People Power Party (PPP), resigned as promised. His resignation led to the advent of the three-term mayoralty of Park Won-soon, a liberal human rights lawyer-turned-politician. 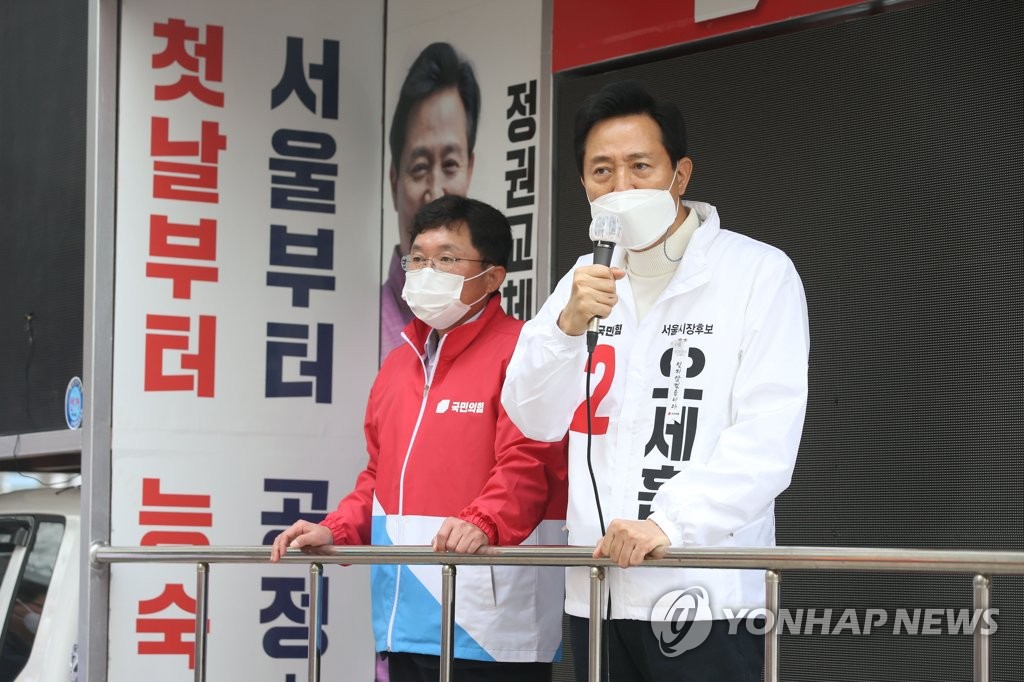 Coming from a family of relatively poor means, Oh, who turned 60 this year, passed the national bar exam in 1984. He first made national headlines in 1993 by successfully handling group litigation around a housing developer's obstruction of the right to sunlight of residents at an apartment in Incheon.

He later entered politics after being scouted by Lee Hoi-chang, former GNP chairman, in 2000, receiving a parliamentary candidacy nomination to run in Seoul's ultra-conservative Gangnam district and winning the race.

Following his abrupt 2011 resignation as Seoul mayor, two years earlier than when his second term was supposed to expire, Oh studied in London and Shanghai and participated in an advisory group for the state-run Korea International Cooperation Agency for the agency's projects in Peru and Rwanda.

Since then and up until the recent by-elections, Oh remained mostly out of the political spotlight for nearly a decade. But it wasn't as if Oh gave up on his ambitions in mainstream national politics. 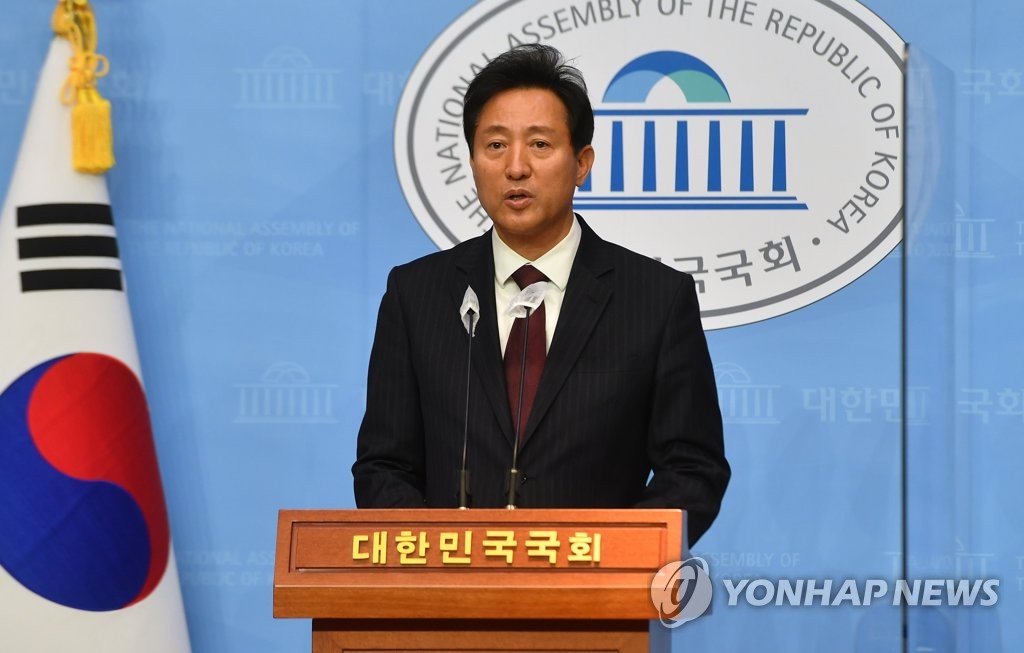 He ran for a parliamentary seat in Seoul's central Jongno district against Chung Sye-kyun, the current prime minister, in the 2016 general elections but lost. He also competed against and was defeated by Ko Min-jung, a former Cheong Wa Dae spokesperson, in the eastern Seoul constituency of Gwangjin in last year's parliamentary elections.

But as Oh's abrupt mayoral exit opened up the conditions for Park Won-soon's political rise, Park's shocking suicide in July 2020 following allegations of years of sexual harassment against his former secretary ironically ended up providing an opening for Oh to get back into mainstream politics. 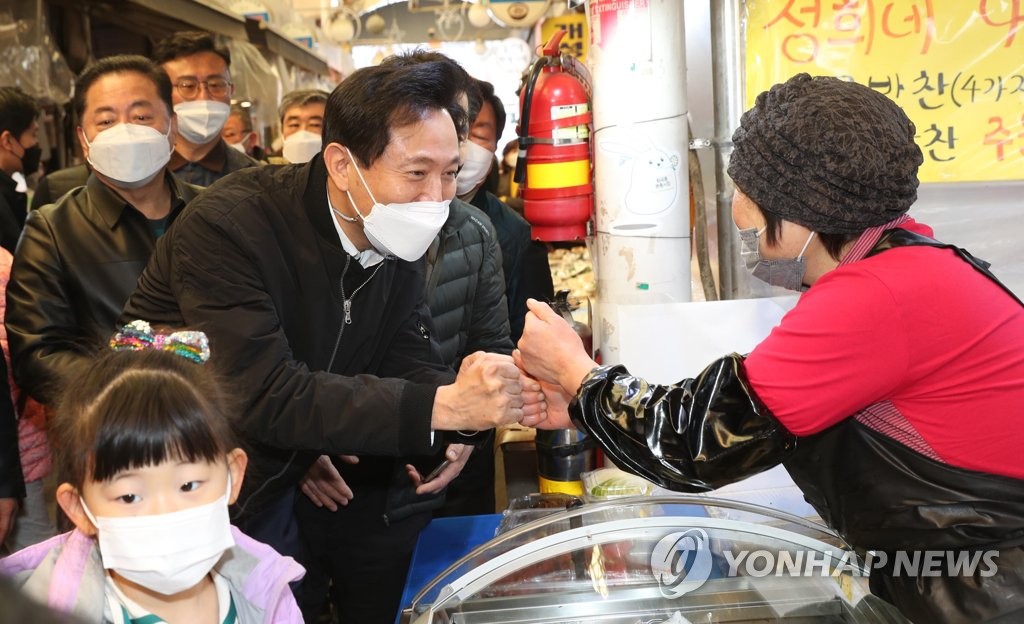 In early March, Oh succeeded in securing the PPP's ticket in a surprise victory over Na Kyung-won, the party's former floor leader. He ultimately ended up becoming the unified opposition candidate in an exhausting two-way primary with Ahn Cheol-soo of the minor opposition People's Party on March 23.

He also appealed to voters for having nearly two terms of experience under his belt, underscoring his competency to serve as the capital's chief executive on day one with minimal transition.