An accumulated 999,870 people were administered with their first shots, which account for 1.92 percent of the country's 52 million population, the Korea Disease Control and Prevention Agency (KDCA) said. An accumulated 27,691 people have been given both of their shots. 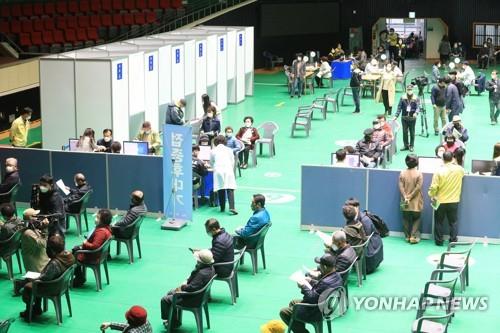 On Feb. 26, the country began its inoculation program, with health care workers and patients aged below 65 at long-term care facilities, as well as front-line medical workers, among the first in line to receive their first shots.

The campaign has gained pace as COVID-19 vaccines were first administered to members of the general public aged 75 and older, as well as other virus-vulnerable groups on Thursday. The authorities plan to provide jabs to those aged between 65 and 74 in May.

Amid mounting concerns over the delayed shipment of vaccines due to supply glut of AstraZeneca vaccines, the authorities have said they have finalized the shipment schedule for the first half of the year.

Through the end of June, a total of 18.08 million doses of vaccines are scheduled to be delivered here, with around 2.69 million vaccine doses already shipped in as of March, the KDCA said.

During the April-June period, at least 15.39 million doses, which include 9.1 million AstraZeneca vaccines, are confirmed to be transported here, according to the KCDA. 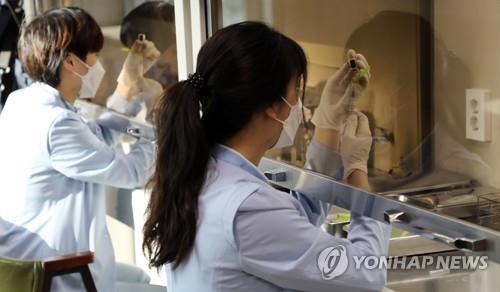 A total of 36 deaths after vaccinations have been reported, but any link with vaccine shots has not yet confirmed, with 19 of them being concluded to have no direct links, the KDCA said. Other cases are still under review.

Of them, two cases were concluded to be anaphylactoid reactions, which has similar symptoms to anaphylaxis, a serious allergic reaction after immunization, it said.

On Tuesday, the country reported 475 more COVID-19 cases, staying in the 500s for the second consecutive day, the KDCA said. The total caseload increased to 106,230.