SEOUL, April 6 (Yonhap) -- South Korea's daily new coronavirus cases stayed in the 400s for the second day in a row Tuesday as sporadic cluster infections were reported nationwide, with a potential resurgence looming amid loosened vigilance and more spring travelers.

The daily caseload had been hovering above 500 since Wednesday last week, before falling to 473 the previous day on fewer COVID-19 tests over the weekend.

The country added four more deaths from COVID-19, increasing the total to 1,752. The fatality rate stood at 1.65 percent.

As of 9 p.m., health authorities and local governments had reported 606 more cases across the country, 176 more than at the same time Monday. Daily new cases are counted until midnight and announced the following morning.

Wednesday's tally would mark the first time in nearly two months for the daily figure to surpass 600 since 621 new cases were reported on Feb. 18. 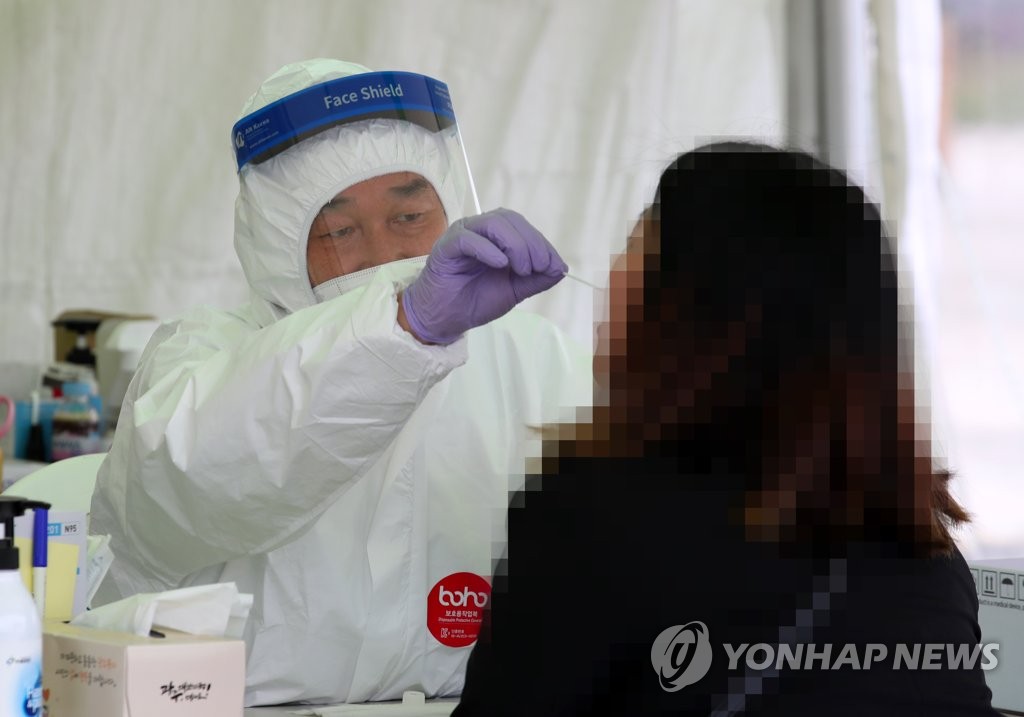 South Korea has been grappling with the third wave of infections since mid-November last year due to cluster infections nationwide from various locations, including entertainment establishments and religious facilities.

A bar in the southern port city of Busan, for example, has reported 290 infections so far, with 164 cases nationwide being traced to a church group.

The rising number of more infectious variant cases is also straining the country's antivirus fight. As of Monday, a total of 330 variant cases from Britain, South Africa and Brazil had been found since October.

Authorities plan to announce social distancing guidelines that will be applied nationwide Friday but warned more enhanced virus curbs may be adopted as the country is highly likely to report more cases down the road.

The greater Seoul area, home to half of the country's 51.7 million population, has been currently under the Level 2 social distancing rules, effective until April 11. The rest of the country is under Level 1.5. Under the measures, gatherings of five or more people are banned nationwide.

Health authorities may raise the social distancing levels as the reproduction rate for all regions exceeded one for the first time since mid-December. This means a single COVID-19 patient transmits the disease to more than one person.

"We cannot say that the so-called fourth wave of the pandemic has started yet," Yoon Tae-ho, a senior health official, said during a meeting with reporters. "But authorities are currently coping with the situation with awareness of the potential new wave." 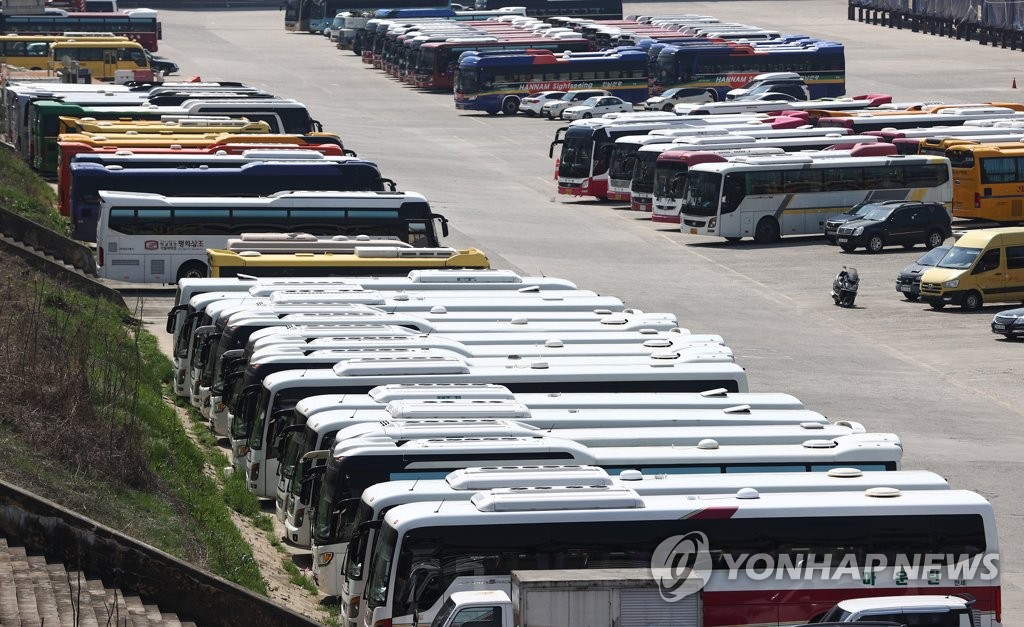 But the daily average number of patients is above 500, and the virus is spreading outside the greater Seoul area as well. "We are currently at a critical juncture ahead of the fourth wave of the pandemic," a KDCA official said during a daily briefing.

"It is important that people keep distances and follow preventive measures during the by-elections," the official added.

South Korea on Wednesday will hold mayoral by-elections in Seoul and the southern city of Busan, with millions expected to show up to cast ballots.

Since the country started its vaccination program on Feb. 26, a total of 999,870 people have been given COVID-19 vaccine shots, including 35,970 the previous day. The number accounts for 1.92 percent of the total population.

A total of 11,141 cases of side effects after vaccinations have been reported, but 98.5 percent were mild symptoms, including muscle pain and fever.

A total of 36 deaths after vaccinations have been reported, according to the KDCA, up four from the previous day. Authorities, however, said the exact causes of the deaths remain unknown.

"If we vaccinate more than 10 million people in the first half, we will be able to curb the spread of COVID-19 to some extent," an official from the health ministry said.

A KDCA official said South Korea is open to "various options" to deal with a potential vaccine shortage, including an export ban on COVID-19 vaccines produced in the country. 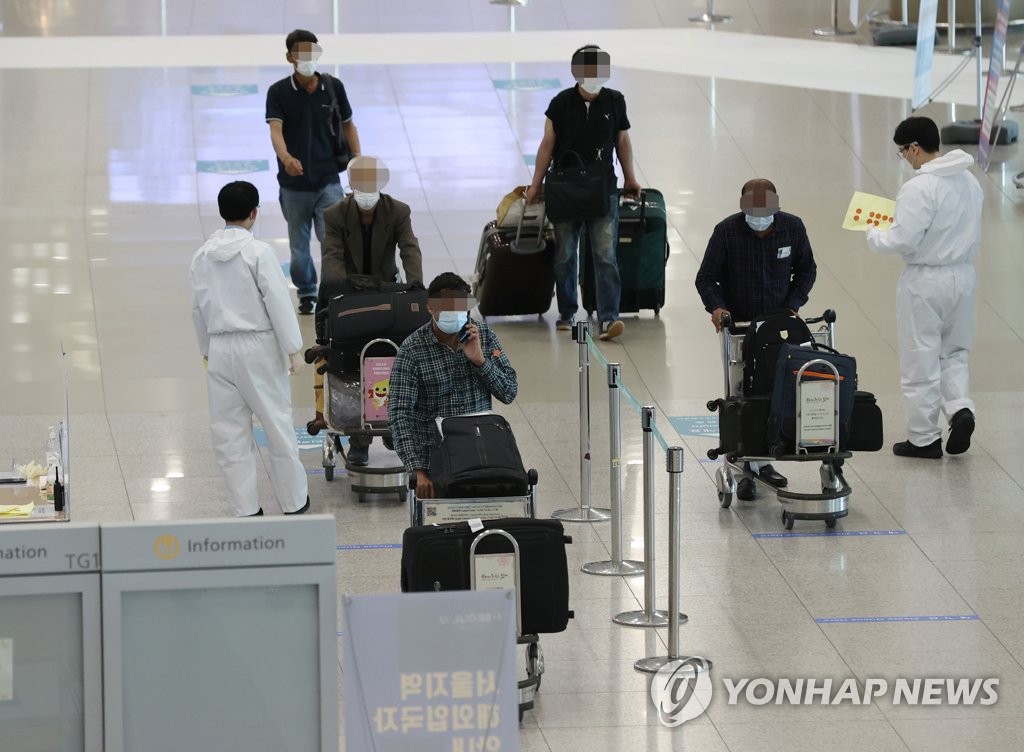 Cases tied to a day care center in Incheon came to 56, up 37 from the previous day.

A spa facility from North Gyeongsang Province reported three more patients, raising the total caseload to 41. A senior nursing home in the region also reported 41 patients, up nine from a day earlier.

Additional imported cases came to 18, raising the total to 7,721.

Arrivals from the United States accounted for six infections, followed by the United Arab Emirates and Pakistan with two each.

The number of patients with serious symptoms across the country reached 112, up 15 from the previous day, the KDCA said.

The total number of people released from quarantine after making full recoveries moved up 463 to 97,363. This indicates 91.65 percent of the COVID-19 patients reported here have been cured.