SEOUL, April 6 (Yohap) -- North Korea said Tuesday it will not participate in the upcoming Tokyo Summer Olympics to protect its athletes against the global coronavirus pandemic.

State media earlier reported that the North held the meeting via video links to discuss "practical issues linked to actively organize public sport events," but did not announce the decision not to patriciate in the Tokyo Olympics. 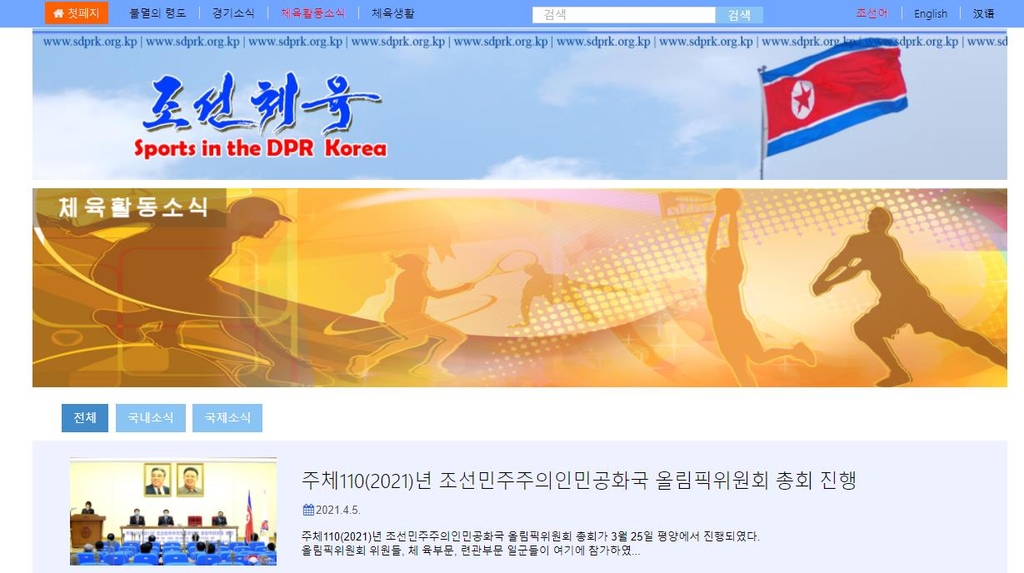 (LEAD) N. Korea decides not to participate in Tokyo Olympics over coronavirus concerns

(LEAD) N. Korea decides not to participate in Tokyo Olympics over coronavirus concerns