SEOUL, April 6 (Yonhap) -- North Korea's recent decision to skip this year's Tokyo Summer Games will rob South Korea of a chance to revive inter-Korean sports cooperation at a time when Seoul is trying to salvage fading hopes of co-hosting the 2032 Olympics with Pyongyang.

North Korea announced Tuesday that it will not send its athletes to the Japanese capital for the July 23-Aug. 8 competition, citing concerns over the raging coronavirus pandemic. The decision was reached during a general assembly meeting of the North's Olympic Committee held in Pyongyang on March 25.

The two Koreas are only three years removed from engaging in sports cooperation at a level not seen before or since. At the Winter Olympics held in South Korea's PyeongChang in 2018, North Korea didn't just send athletes to compete south of the border; the two formed a joint team in women's hockey, the first pan-Korean squad in any sport in Olympic history. 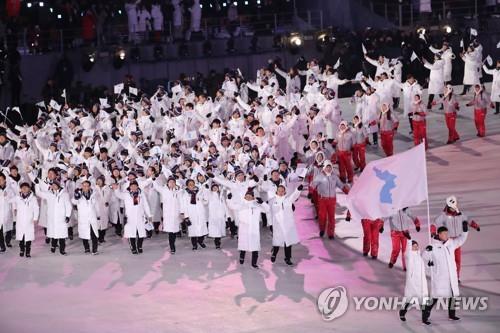 Building on that momentum, the Koreas fielded joint teams in women's basketball and rowing at the Asian Games later in 2018 in Jakarta and Palembang, Indonesia. The joint dragon boat racing team produced a gold medal.

With positive vibes still fresh in the air, South Korean President Moon Jae-in and North Korean leader Kim Jong-un, following their summit talks in September 2018, declared their intention to work together to co-host the 2032 Summer Olympics.

In February 2019, representatives from the two Koreas traveled to the International Olympic Committee (IOC) headquarters in Lausanne, Switzerland, to formally express their interest to IOC President Thomas Bach. Bach said he welcomed the joint Korean bid and called it a "historic initiative." Also during that trip, the two Koreas agreed to assemble joint teams in four sports at the Tokyo Olympics.

And things have stalled since, with little, if any, progress in the intervening months amid the usual ebbs and flows in inter-Korean relations.

The Tokyo Games got pushed back by a year due to COVID-19, and the global pandemic pushed inter-Korean sports talks to the back burner at both ends. However, given the absence of follow-up talks on joint teams in Tokyo or any other dialogue on sports cooperation, it is doubtful things would have been different even sans the pandemic. 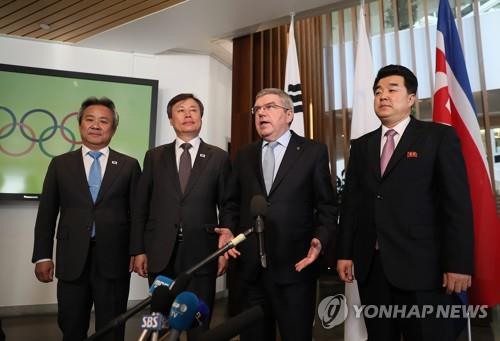 The big blow to the Korean co-hosting bid for the 2032 Olympics came near the end of February, when the IOC picked the Australian city of Brisbane as its preferred candidate to host the competition.

As the IOC partner for "a targeted dialogue," the right to host the 2032 Games is Brisbane's to lose.

In the past, the IOC named Olympic host cities seven years in advance, following a two-year bidding race that often proved expensive for candidate cities. Under a reformed procedure designed to ensure more transparency and efficiency, the IOC established the Future Host Commission, which screens potential host cities and makes a recommendation to the Executive Board for a preferred candidate.

The IOC then works with the prospective host to develop its chances of holding a successful Olympic Games and then bring the bid forward for an up-or-down vote by IOC members.

Seoul officials said last week they sent a proposal to the IOC on co-hosting the 2032 competition with Pyongyang, though it appeared to be a desperate move that doesn't take into account how the new selection process works.

Co-hosting the Olympics would have been the culmination of inter-Korean sports cooperation. No Olympic Games, winter or summer, have been shared by two countries.

South Korea will now cling to another upcoming opportunity to change the narrative: the 2024 Winter Youth Olympics in Gangwon Province, home of the Winter Olympics proper three years ago. South Korean officials have said at every chance they had that they would try to bring North Korea on board as a co-host. North Korea hasn't responded to that overture. 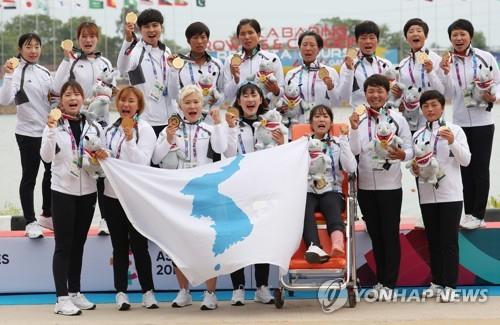