The revised Labor Standards Act increases the time period over which employers must ensure employees work no more than an average of 52 hours a week, from three months to a maximum of six months, according to the Ministry of Employment and Labor. 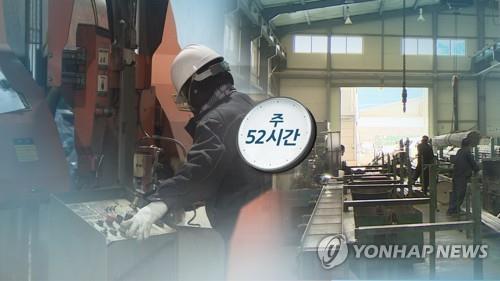 The change comes at the request of businesses that have complained of difficulties in meeting production deadlines due to the 52-hour workweek introduced in 2018.

By extending the period from three months to six months, the revised law gives employers greater flexibility in deciding how many hours a week their employees can work.

Critics have raised concerns that extending the period will increase health risks to employees by making it legal for them to work longer hours and reduce payment for overtime.

To address these concerns, the revised law mandates 11 hours of rest between working days and requires employers to come up with ways to make up for any lost payment.

A point of contention is a requirement that employers reach a written agreement with an employees' representative if they are to adopt a flexible work system beyond three months.

Current laws do not articulate who the representative should be, which critics say could lead employers of small businesses without a labor union to arbitrarily pick a person and abuse the system.

A bill laying out the status, authority and selection method of the employees' representative is currently pending in the National Assembly.