SEOUL, April 6 (Yonhap) -- On the eve of the April 7 Seoul and Busan mayoral by-elections, rival parties scrambled to make final appeals to voters in the country's two biggest cities Tuesday.

Voting for the two mayoral seats and 19 other regional public posts is set to begin at 6 a.m. and last till 8 p.m. on Wednesday at 3,459 polling stations across the country in by-elections that are deemed harbingers of public opinions ahead of next year's presidential poll.

Leaders and candidates of the ruling Democratic Party (DP) and the main opposition People Power Party (PPP) were scheduled to crisscross the capital and the biggest port city in last-minute efforts to win voters Tuesday, the last day of the official 13-day campaign period for the elections.

Kim will then join Lee and Park in Seoul in the evening to cover western Seoul.

In the evening, Kim will get together with Oh and floor leader Joo Ho-young, as well as other key party figures in the university district of Shinchon in western Seoul for the finale of their 13-day journey of election campaigning.

Rough results of the elections are expected to start emerging around midnight Wednesday.

In Seoul, a total 8.4 million voters are eligible to cast ballots for the mayoral election, while Busan has slightly more than 2.9 million qualified voters.

The turnout rate for early voting for the by-elections reached 20.54 percent last week, a record high for any by-election. 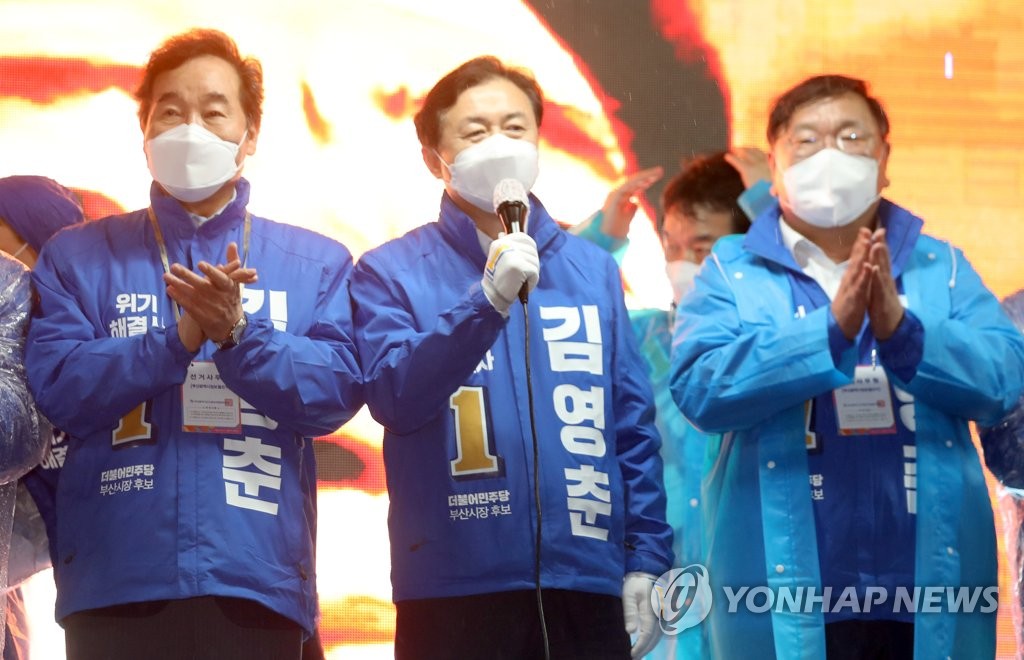 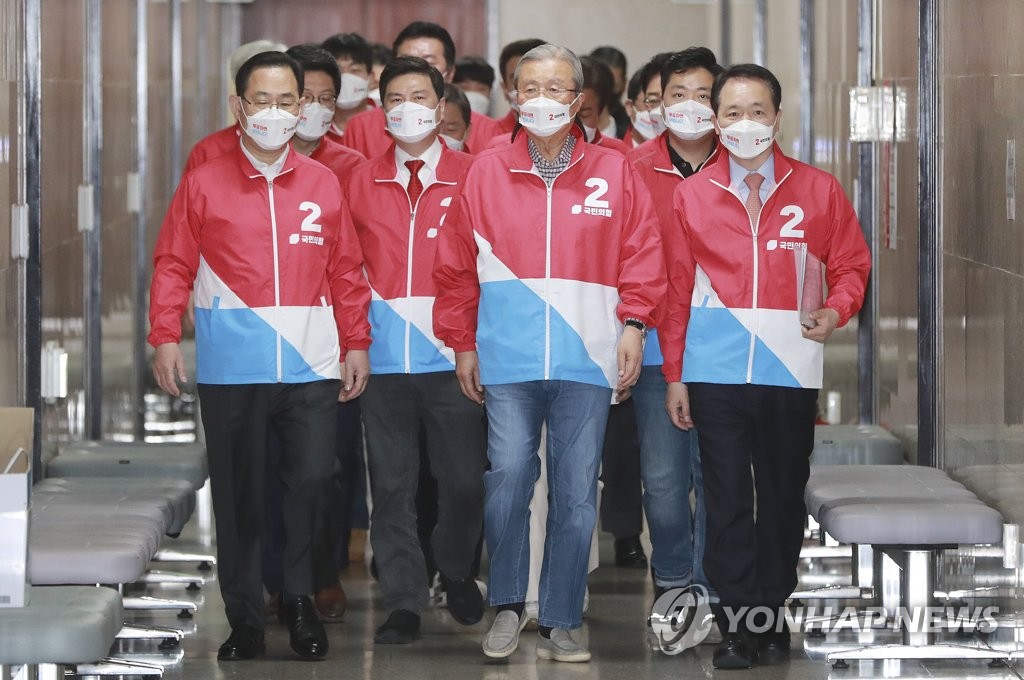