Accompanied by some 20 officials, Prabowo is set to arrive in South Korea on Wednesday aboard a private plane to attend the KF-X fighter jet rollout event, expected to be held sometime this week, according to diplomatic and defense industry sources.

Whether Indonesia, a partner in the KF-X project, will send senior officials to the ceremony has been a focus of attention, as it could be a sign that Jakarta remains committed to the project amid speculation that it is seeking to quit the business.

During his three-day stay, the Indonesian minister is expected to meet with senior officials in South Korea, including Defense Minister Suh Wook.

Seoul's defense ministry earlier said the two countries are having talks to arrange a defense ministerial meeting on the occasion of the rollout ceremony.

Indonesia had promised to shoulder 20 percent of the new fighter's 8.8 trillion-won (US$7.9 billion) development cost, but it has stopped making payments after investing 227.2 billion won, with around 600 billion won overdue.

Eyes are on whether the defense cooperation between the two sides will get back on track with Prabowo's visit. Besides the fighter jet project, Indonesia signed a deal with South Korea in 2019 to purchase three submarines, but the business has also made little progress since then. 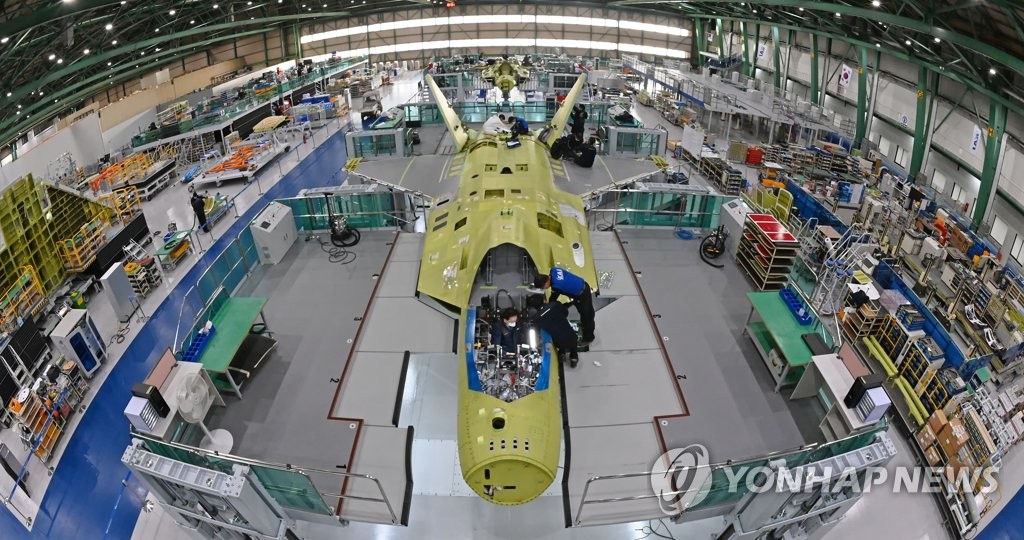