WASHINGTON, April 6 (Yonhap) -- North Korea's decision to skip the Summer Olympics appears to be in line with its strong measures against the COVID-19 pandemic, a spokesman for the U.S. State Department said Tuesday.

"We are aware of reports that North Korea has decided not to participate in the Summer Olympics, which would appear consistent, in fact, with the DPRK's stringent response to COVID-19," Ned Price said at a daily press briefing. 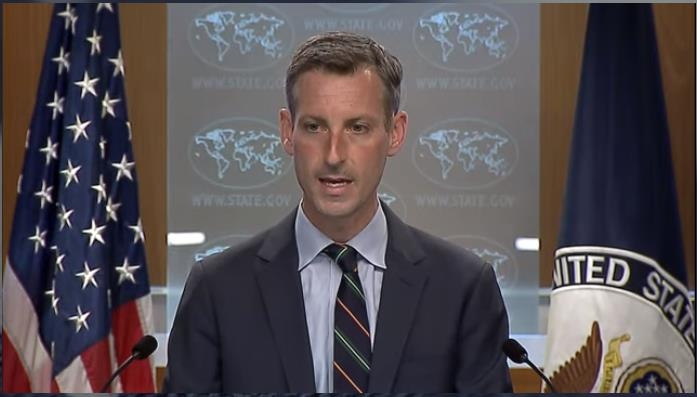 Price's remarks come one day after Pyongyang said its Olympic Committee has decided to skip the Olympic Games, to be held in Tokyo, to protect its athletes from "the global health crisis situation related to the coronavirus."

Pyongyang has controlled its borders tightly since early last year. Many North Korea watchers and health experts say an outbreak of the new coronavirus in the impoverished North would have been far more devastating than in most other countries.

The North's decision, however, came amid hopes that the upcoming sports event could provide a rare chance for Seoul and its allies to engage with North Korea.

North Korea has stayed away from denuclearization talks since its leader, Kim Jong-un, met with former U.S. President Donald Trump in Hanoi in February 2019. The summit ended without a deal.

Trump and Kim had also met in Singapore in June 2018.

The historic U.S.-North Korea summit meetings followed a thaw in inter-Korean relations that began with the North's participation in the 2018 Winter Olympic Games in South Korea's Pyeongchang.

The Biden administration earlier said it has fruitlessly sought to reach out to the North since mid-February.

Pyongyang has said it will continue to ignore U.S. overtures until Washington gives up what it claims to be a hostile stance.

Price said the U.S. will continue to work closely with its allies and partners to denuclearize North Korea.

"We will continue to coordinate closely with the Republic of Korea and with Japan on DPRK issues in pursuit of our shared goals of peace and security on the Korean Peninsula and across the Indo-Pacific," he said.

"We will continue to focus on reducing the threat to the United States, as well as to our partners, as well as to our treaty allies in the Indo-Pacific, as we remain committed to the principle of denuclearization of North Korea," added the spokesman.