The current account surplus reached US$8.03 billion last month, widening from a surplus of $7.06 billion the previous month, according to the Bank of Korea (BOK). The current account is the broadest measure of cross-border trade. 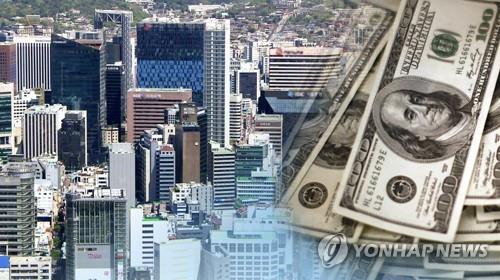 Exports, which account for half of the South Korean economy, rose 9.5 percent on-year in February to extend their on-year gains for the fourth consecutive month on the back of brisk demand for chips and cars.

Exports came to $44.8 billion in February, compared with $40.9 billion a year earlier.

Imports gained 13.9 percent to $42.1 billion, resulting in a trade surplus of $2.71 billion. It marked the 10th consecutive month for the country to post a trade surplus.

In February, the services account surplus stood at $130 million, compared with a deficit of $610 million the previous month.

The income account posted a $2.12 billion surplus in February, compared with a surplus of $2.36 a month earlier.

For the first two months of this year, South Korea's current account surplus reached $15.09 billion, compared with a surplus of $6.99 billion during the same period of last year.