SEOUL, April 7 (Yonhap) -- South Korea reported the most new coronavirus cases since early January on Wednesday as sporadic cluster infections continued to pile up across the country, raising concerns that the country may again grapple with another wave of the pandemic.

The country reported 668 more COVID-19 cases, including 653 local infections, raising the total caseload to 106,898, the Korea Disease Control and Prevention Agency (KDCA) said. It marked a sharp rise from 478 the previous day and the largest since 674 daily infections on Jan. 8.

The daily caseload had been hovering above 500 since Wednesday last week, before falling to 473 on Monday due to fewer COVID-19 tests over the weekend.

The country added four more deaths from COVID-19, increasing the total to 1,756. 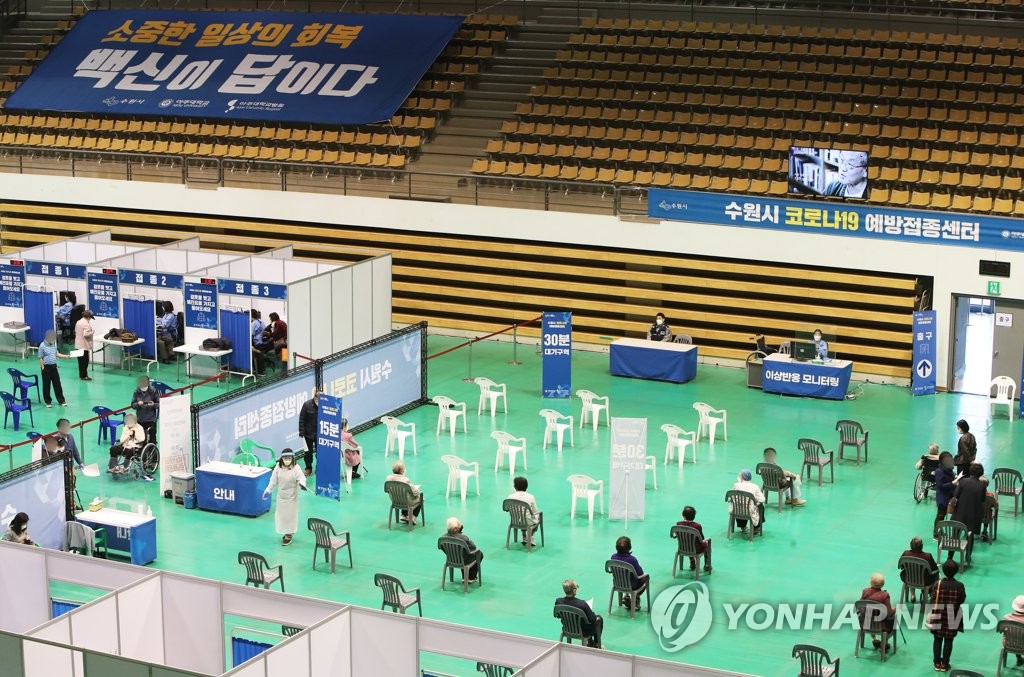 South Korea has been reporting more than 300 daily new patients since early February with no signs of letup due to nationwide cluster infections.

Major recent cases included a bar in the southern port city of Busan, which had reported 302 infections as of Wednesday, up 12 from a day earlier.

Authorities have warned that the country may see the daily caseload of over 600 amid increased spring travel and loosened vigilance against the virus, signaling that enhanced virus curbs may be adopted to stem the further spread of COVID-19.

More transmissible variant cases are also straining the country's virus fight. As of Monday, a total of 330 variant cases from Britain, South Africa and Brazil had been found since October.

South Korea also urged its people to follow sanitary guidelines as they show up to cast ballots for mayoral by-elections in Seoul and the southern city of Busan on Wednesday, in which millions are expected to participate.

As of 6 p.m. Wednesday, South Korea reported 565 new cases, 38 more than at the same time period Tuesday. Daily cases, compiled by health authorities and local governments, are counted until midnight and announced the following morning.

Local authorities plan to release new social distancing guidelines, which will be implemented starting next week.

The greater Seoul area, which houses around half of the nation's 51.7 million population, is currently under the Level 2 social distancing scheme, the third highest in the five-phase system. The rest is under Level 1.5. Gatherings of more than four people are banned nationwide.

"We need to be more vigilant as the fourth wave of the pandemic approaches," said Yoon Tae-ho, a senior official from the health ministry.

Authorities said they plan to expand inspections on karaoke establishments three times a week to check whether they have strictly followed guidelines amid the growing number of cases traced to such facilities.

The country is also making efforts to secure enough hospital beds under the scenario of daily new infections reaching 2,000. 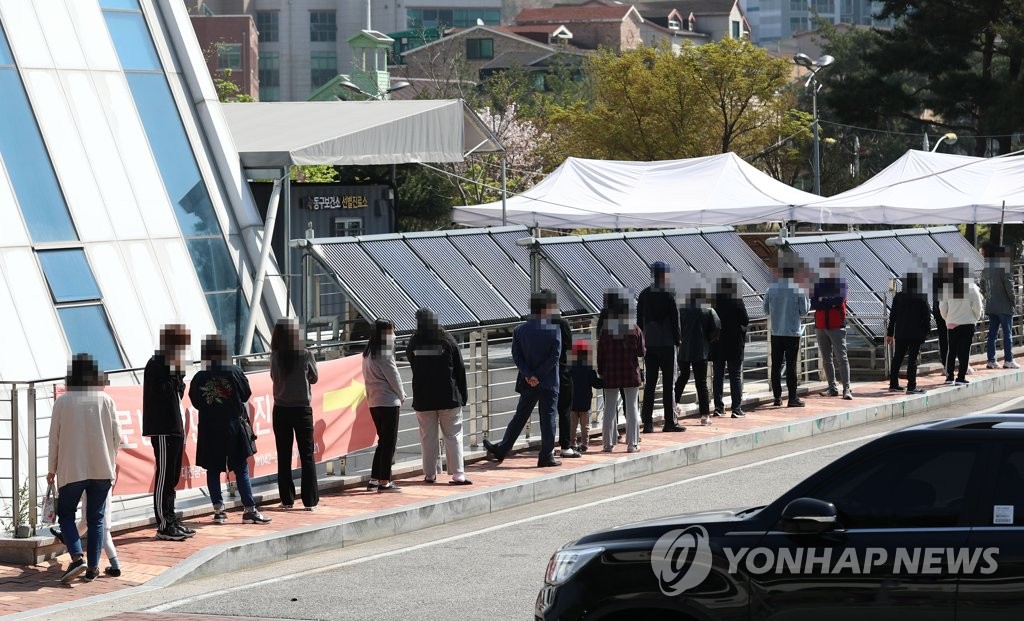 Since the country started its vaccination program on Feb. 26, a total of 1,039,066 people have been given COVID-19 vaccine shots, including 37,533 the previous day. The figure accounts for 1.99 percent of the total population.

A total of 11,215 cases of side effects after vaccinations have been reported, but 98.5 percent were mild symptoms, including muscle pain and fever.

A total of 38 deaths after vaccinations have been reported, according to the KDCA, up two from the previous day. Authorities, however, said the exact causes of the deaths remain unknown.

A woman in her 20s, meanwhile, suffered blood clots in her legs after receiving AstraZeneca's vaccine. South Korea reported a case of cerebral venous sinus thrombosis in another patient last month.

Without achieving herd immunity, authorities say the country may experience a doubling of daily cases at anytime. 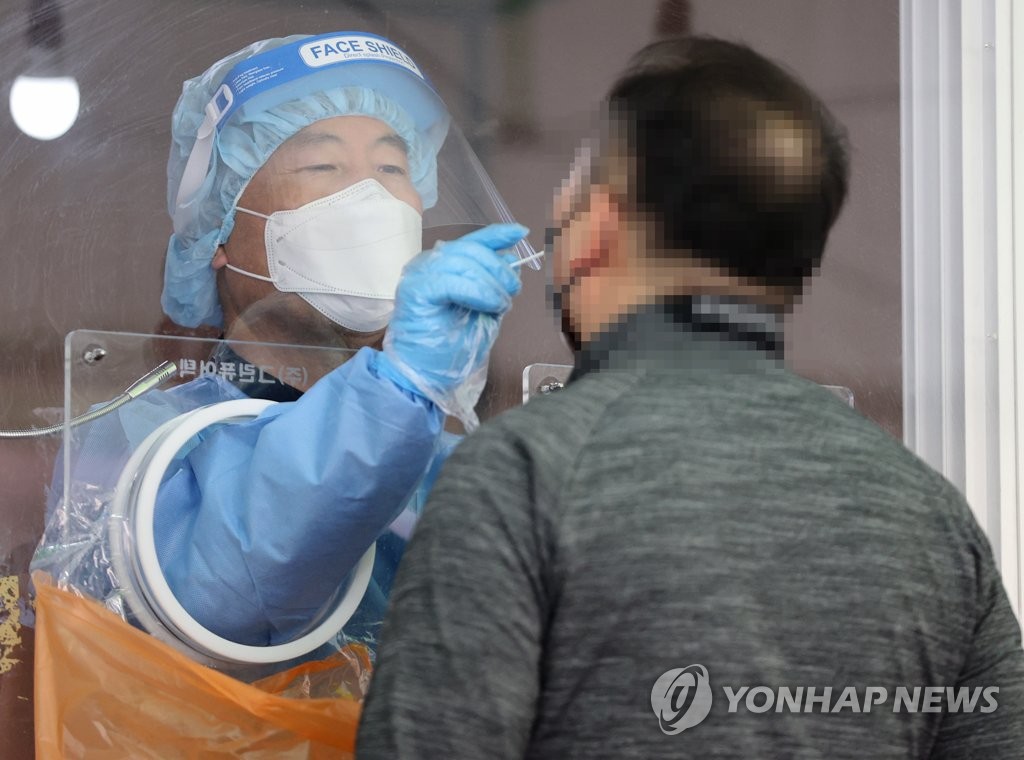 A bar in southern Seoul reported two more patients, raising the total caseload to 21. Another restaurant from eastern Seoul has had 20 cases so far, up 10 from Tuesday.

A total of 201 patients were traced to a church which held gatherings with members from nationwide, rising 37 from the previous day.

Additional imported cases came to 15, raising the total to 7,736.

Hungary accounted for five cases, followed by India and Bangladesh with two cases each.

The number of patients with serious symptoms across the country reached 109, down three from the previous day, the KDCA said.

The total number of people released from quarantine after making full recoveries moved up 565 to 97,928. Around 91.6 percent of the patients reported here have been cured.