SEOUL, April 7 (Yonhap) -- A Marine based in the southeastern port city of Pohang tested positive for the new coronavirus, the defense ministry said Wednesday.

He was confirmed to have been infected after undertaking a COVID-19 test to exit quarantine, as he came into close contact with a civilian who earlier tested positive, according to the ministry.

The latest case raised the total number of infections reported among the military population to 668.

The authorities are carrying out virus tests for members of the Defense Acquisition Program Administration (DAPA) in Gwacheon, just south of Seoul, after the agency reported three cases in a week.

"Tests are under way, and no additional patients have been reported up until now," a ministry official said. 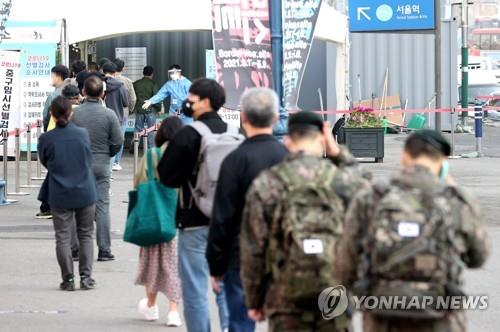