In the letter to Abu Dhabi's Crown Prince Sheikh Mohammed bin Zayed Al Nahyan, Moon congratulated the nation on beginning the commercial operation of the Barakah plant constructed by South Korea. Three more reactors are being built there.

Moon described the Barakah nuclear energy facilities as an "icon of the UAE's innovation" and a "symbol" of its friendship with South Korea, according to his office.

He reaffirmed Seoul's resolve to keep partnering with the UAE for its continued prosperity.

Moon also congratulated the UAE on its "Amal" spacecraft successfully entering orbit around Mars in February. He then expressed hope that the Dubai expo in October will offer a chance to show the UAE's bright future. 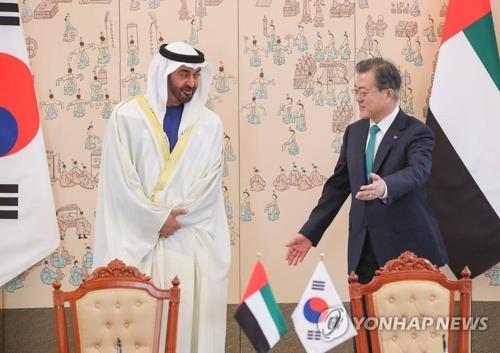