The country plans to import edible corn and some grains without tariffs until the end of this year under the quota tariff system, according to Finance Minister Hong Nam-ki. Currently, duties of 3 percent are levied on imported corn.

"There is a limited chance that annual inflation will exceed (the central bank's target of) 2 percent, but consumer price growth is expected to temporarily pick up in the second quarter," Hong said at a meeting on the economy.

Hong said the government will additionally import eggs and release reserves of napa cabbage in a bid to help stabilize prices of agricultural and livestock products. 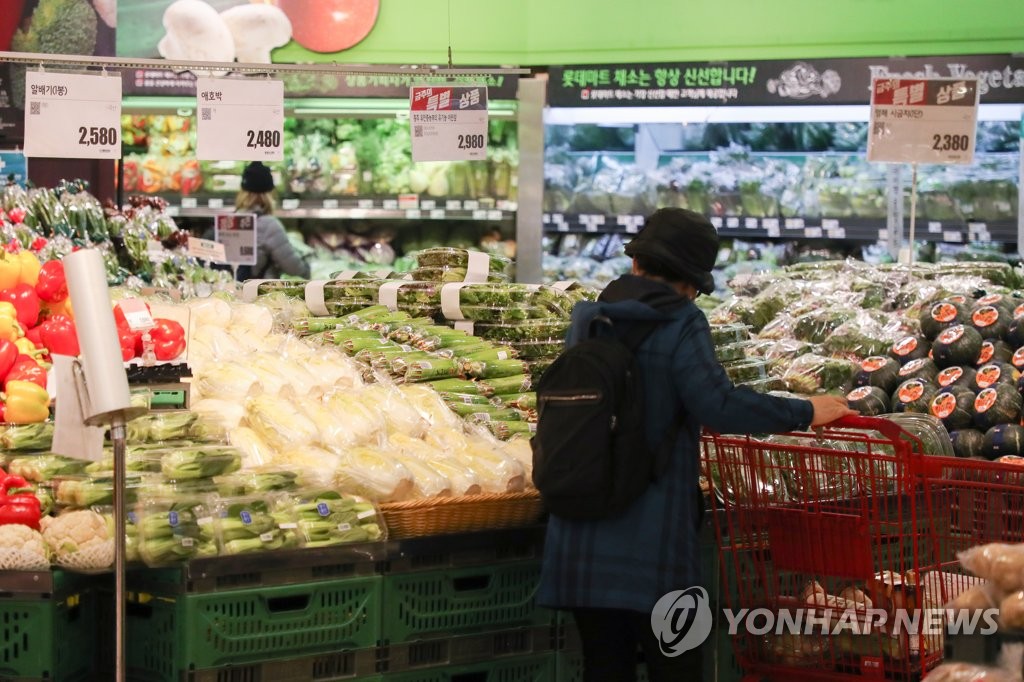 The country plans to bring in more than 25 million eggs this month in a bid to help curb rising prices of eggs caused by the outbreak of bird flu here.

South Korea has imported some 64 million eggs since late January in an effort to ease a supply shortage.

The country's consumer prices rose 1.5 percent on-year in March, the fastest gain in 14 months, on higher prices of farm and oil products.

A central bank report showed South Korean consumers in March expected inflation to grow 2.1 percent over the next 12 months, up from an estimate of 2 percent in the previous month.

The Bank of Korea (BOK) revised up its 2021 inflation outlook to 1.3 percent from its earlier estimate of 1 percent.