The country reported 668 new COVID-19 cases on Wednesday, the most since Feb. 18, as sporadic cluster infections continued to increase across the country.

"We will expand free testing so that anyone can get a free coronavirus diagnostic test regardless of the social distancing stage or symptoms," Chung said during a government COVID-19 response meeting.

The nation offers free testing when a test-taker shows symptoms or the third-highest level in the five-tier social distancing scheme is reached. 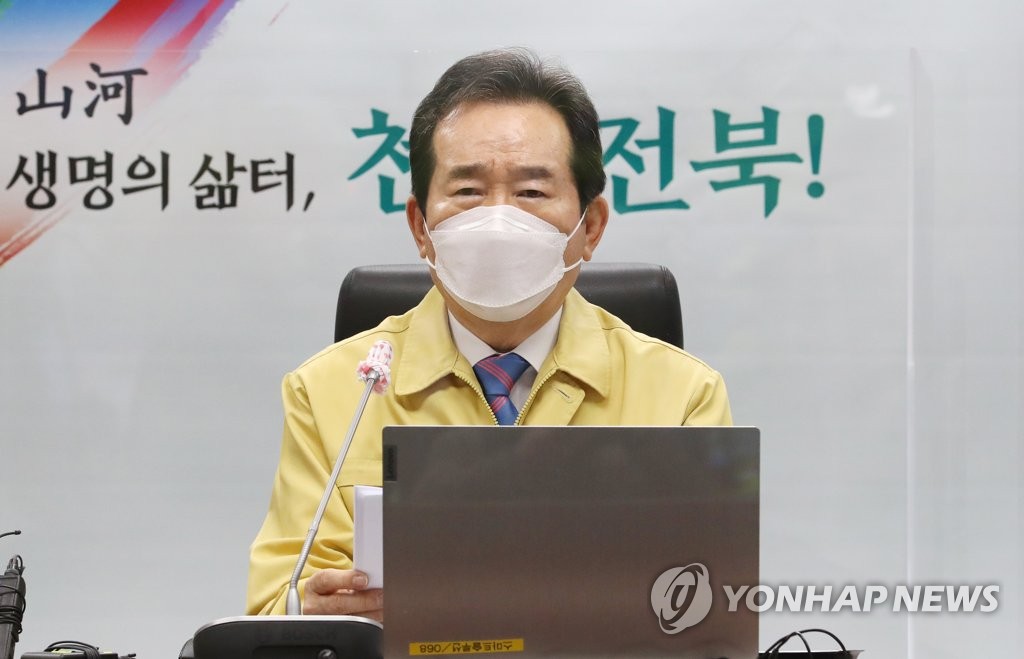 "If a fourth wave of infections becomes a reality, vaccination will be inevitably disrupted and the economy will be dealt a serious blow," Chung said during the meeting held at the North Jeolla provincial government building in Jeonju, 200 kilometers south of Seoul.

He noted cluster infections have been growing simultaneously across the country since last week.

"We must spare no efforts to block the spread through rapid epidemiological investigations and preemptive tests," he added.

Chung also called on voters to comply with COVID-19 guidelines when casting ballots in the local by-elections under way in 21 local entities including Seoul and Busan. 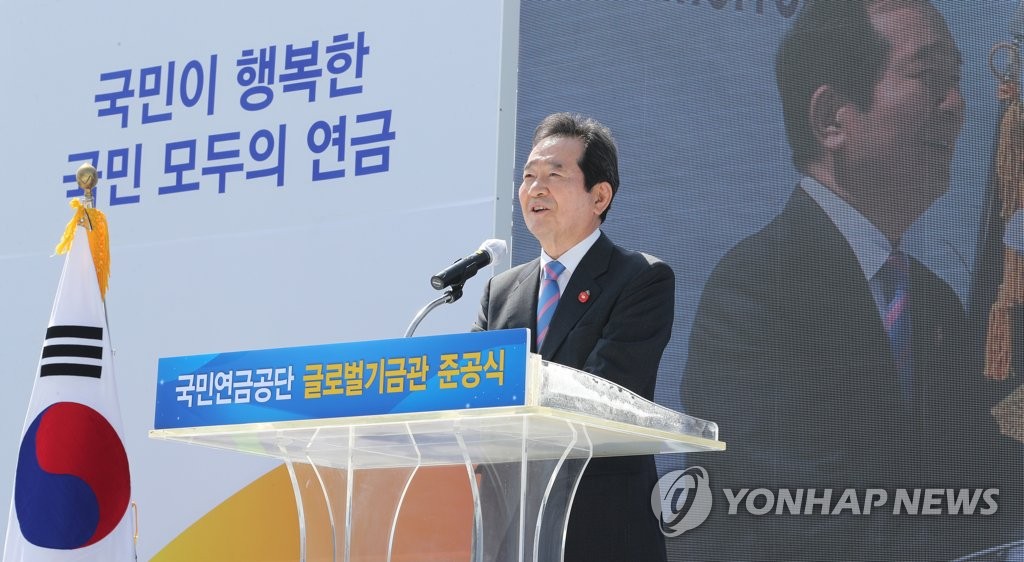 Meanwhile, he attended a ceremony in Jeonju later in the day for the completed construction of a new building of the National Pension Service (NPS), which is headquartered there.

"I am pleased to visit my hometown," he said in a congratulatory address. He was born in Jinan, a town near Jeonju. The southwestern province of Jeolla is a longtime foothold of the ruling Democratic Party. Chung is widely expected to quit his prime ministerial job in the near future in a bid to run in the 2022 presidential election.

He pointed out the relocation of the fund operation bureau of the NPS to the newly constructed building, which he said would lay the groundwork for Jeonju to emerge as an "international finance city."

In the COVID-19 era, he added, the NPS should play a bigger role as a social safety net.
(END)