The Ministry of Food and Drug Safety authorized the use of Janssen's one-shot regimen as the vaccine is effective in preventing moderate to severe COVID-19 infections among adults aged 18 and older.

It marked the third COVID-19 vaccine approved by South Korean authorities following those by British-Swedish pharmaceutical giant AstraZeneca and Oxford University and by Pfizer Inc.

The country signed a contract with Janssen for 6 million bottles for its vaccine rollout. The bottles are scheduled to be provided in the third quarter.

Since South Korea began its vaccination campaign on Feb. 26, a total of 1.03 million people, or 1.99 percent of the 52 million population, have received their first shots.

AstraZeneca's vaccine has been given to 887,452 people, while 151,614 received that of Pfizer, according to health authorities.

The country has secured enough coronavirus vaccines to inoculate 79 million people, more than its 52 million population. It seeks to complete the vaccination of 12 million people by end-June and aims to achieve herd immunity by November. 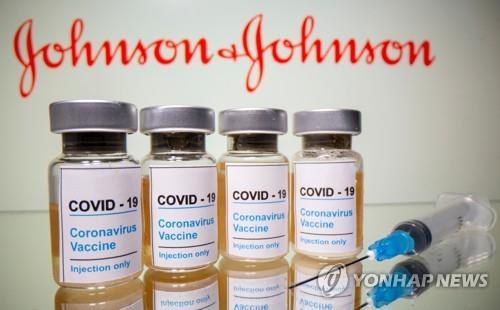