SsangYong Motor's Indian parent Mahindra & Mahindra Ltd. had been in talks with U.S. vehicle importer HAAH Automotive Holdings Inc. to sell its majority stake in the Korean unit as part of its global reorganization plan amid the COVID-19 pandemic.

The Seoul Bankruptcy Court demanded HAAH submit an LOI through SsangYong by March 31, but the U.S. company didn't send the documents.

In response, the court asked SsangYong's creditors, including the main creditor Korea Development Bank (KDB), to express their opinions on whether to begin the court-led debt rescheduling process for the carmaker.

"We have collected opinions from (SsangYong's) other creditor banks and have yet to deliver our view on the court receivership (to the court)," a KDB spokesman said by phone. 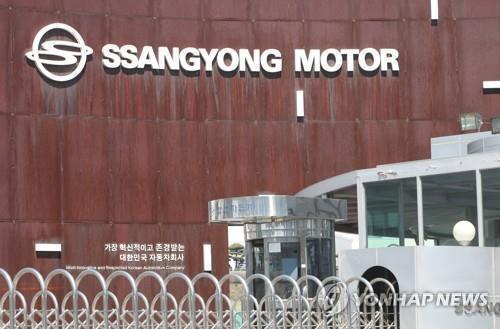 The court is widely expected to start the court-led restructuring process for SsangYong on Thursday or Friday after the mayoral by-elections in Seoul and Busan, the country's two biggest cities, on Wednesday.

Once the court receivership begins, SsangYong's survival depends on whether there is a new investor to acquire a "streamlined" SsangYong after debt settlement and other restructuring efforts, industry sources said.

On Wednesday, SsangYong Motor President and Chief Executive Yea Byung-tae stepped down from the post, taking responsibility for failing to attract investment from HAAH.

SsangYong filed for court receivership in December after failing to obtain approval for the rollover of 165 billion won (US$148 million) worth of loans from creditors. But it obtained a three-month suspension of its obligation to pay the debts due to the talks with HAAH.

China-based SAIC Motor Corp. acquired a 51 percent stake in SsangYong in 2004 but relinquished its control of the carmaker in 2009 in the wake of the economic downturn.