Yang, who headed the top court from 2011-17, is accused of having pressed his officials at the National Court Administration, the top court's governing body, to devise plans to influence politically sensitive trials for Park, who is now jailed over corruption charges.

"The gale that blows in the pretext of liquidating the so-called social evils has hit the judiciary," Yang said in a court hearing at the Seoul Central District Court in southern Seoul.

He said the judiciary should be most wary of allowing assumptions to obstruct objective views.

Voicing frustration over the recent development in a separate case involving a high-level prosecutor, Yang said judges were being depicted as people who commit crimes and urged the panel of judges to look into his case in a fair and accurate manner. 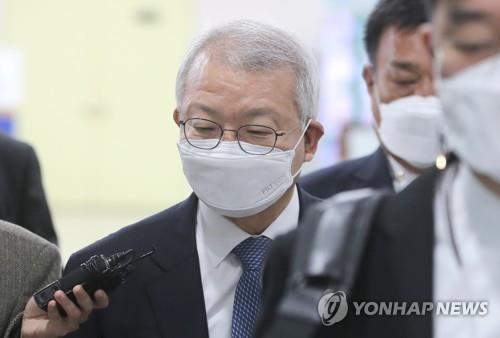 Yang's remark was a rare comment from the former top justice who has attended more than 100 court hearings in relation to the power abuse scandal but publicly spoken only twice. In his first hearing that took place in May 2019, Yang argued that the allegations raised against him were "groundless" and that some were even "like fiction."

During Wednesday's hearing, Yang's attorney made an hourlong presentation also denying the allegations. The attorney specifically mentioned how Yang is not connected in any way to a recent ruling in which two former senior judges were handed suspended sentences for power abuse and professional misconduct.

In March, a Seoul court sentenced Lee Min-geol, former director of planning at the National Court Administration, and Lee Kyu-jin, a former member of the Supreme Court's sentencing committee, to suspended terms in the first conviction against indicted judges.

In addition to the sentence, the court ruled that Yang colluded in some of the allegations.

The former chief justice was released on bail in July 2019 following 179 days of detention over his suspected role in the power abuse scandal. Yang is the first chief justice ever to have been arrested as a criminal suspect. 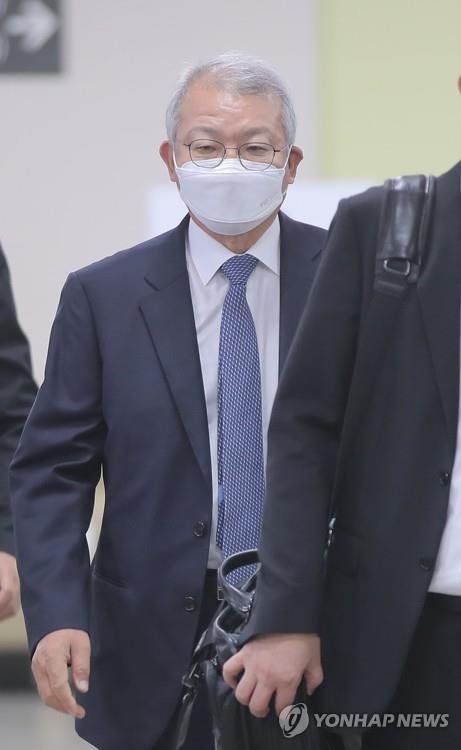