During the talks with Vice Defense Minister Park Jae-min, Britain's Minister of State for Defence Annabel Goldie said that her country selected South Korea as a main partner nation, and expressed hope for further deepening ties, including in terms of the U.N. peacekeeping operations, according to the ministry.

Park and Goldie agreed to hold a high-level bilateral security meeting in Seoul in September on the occasion of the upcoming Seoul Defense Dialogue, according to the ministry.

"The two sides agreed to discuss specific ways to expand exchanges and cooperation through regular defense meetings, and vowed to actively push for face-to-face talks and other exchange programs," the ministry said in a statement. 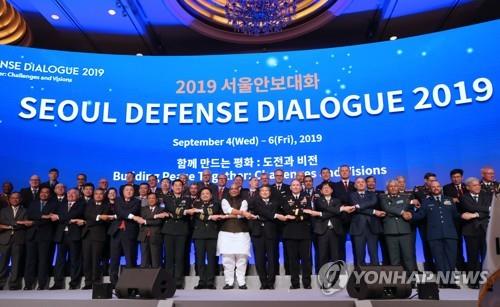