SEOUL, April 7 (Yonhap) -- Oh Se-hoon of the main opposition People Power Party (PPP) is expected to win the Seoul mayoral seat by a solid margin in Wednesday's by-elections, seen as a major bellwether for next year's presidential election, an exit poll showed.

The Seoul mayoral by-election was called after the previous mayor, Park Won-soon affiliated with the DP, apparently took his own life in July last year in the face of sexual harassment allegations raised by a female subordinate.

The joint exit poll also showed Park Heong-joon of the PPP leading DP rival Kim Young-choon 64 percent to 33 percent in the race for the mayoralty of Busan, the country's second-largest city. 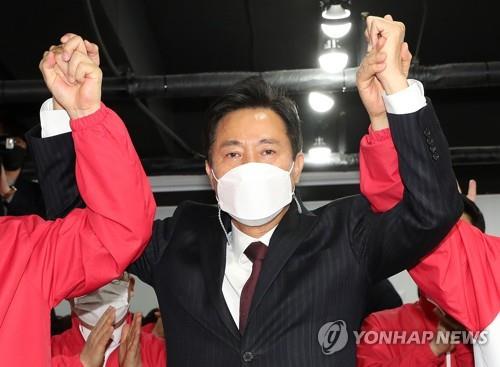 Beside the two mayoral titles, 19 other regional public posts, are also up for grabs in the by-elections.

Coming around a year ahead of the upcoming presidential election in March 2022, the results of the elections are expected to set the tone for the quinquennial presidential poll, as well as the final year of President Moon Jae-in's presidency.

Oh, if elected, will return to the mayoral seat of Seoul, home to nearly 10 million of the country's total 52 million population. He left the post at the midpoint of his second term in 2011, in protest against the opposition-dominated city council's introduction of a free school lunch program for all students.

Recent opinion polls also predicted the opposition candidate's lead as the elections came amid a public outcry over spiking housing prices under the Moon administration.

A land speculation scandal involving public officials at LH, the state housing developer, which erupted a month ahead of the elections, has also pummeled public opinion against the ruling bloc. 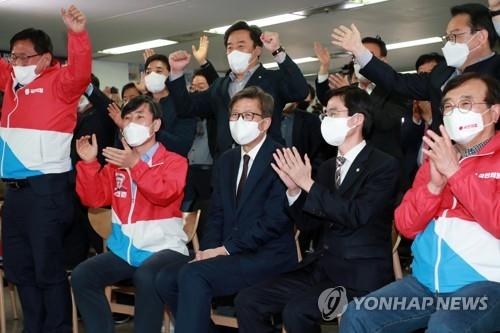