And as the mayoral elections, especially in Seoul, which is home to nearly 10 million of the country's total 52 million population, are seen as harbingers of public opinion ahead of next year's presidential election, the result is expected to speed up the onset of lame duck status for President Moon in his final year in office.

For the time being, Cheong Wa Dae will undoubtedly reflect on its key policies. Moon is expected to face increased pressure to veer away from some key initiatives, including the signature policy drive to improve inter-Korean ties and pave the way for lasting peace on the Korean Peninsula.

The ruling Democratic Party (DP) is also expected to face calls for a complete overhaul of its policy direction and leadership. 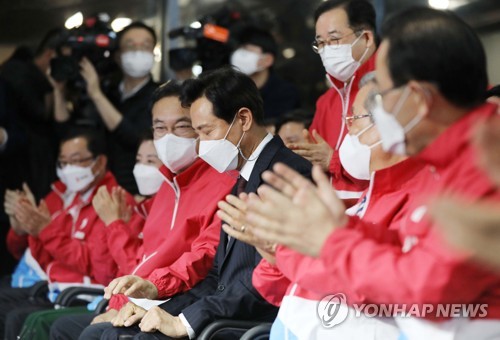 Perhaps the most stinging aspect of the election result is the fact that voters in their 20s, 30s and even 40s -- who have traditionally sided with the liberal bloc -- have turned their backs on the DP, a number of earlier opinion polls showed.

Since last year, the DP, which won a controlling National Assembly majority in last year's landslide general election victory, has faced criticisms of being carried away by its control of parliament and seemingly abandoning its self-professed core values of anti-corruption, justice and fairness.

The DP garnered criticisms last year for railroading controversial bills, including a set of tenant protection laws and a bill that bans cross-border launches of anti-Pyongyang leaflets towards North Korea, in the National Assembly amid strong opposition protest.

Also, the government and the DP were widely seen as having overstayed their welcome in efforts to reform the prosecution service, a move that pinnacled with the justice ministry's disciplinary action against former Prosecutor General Yoon Seok-youl in late 2020. 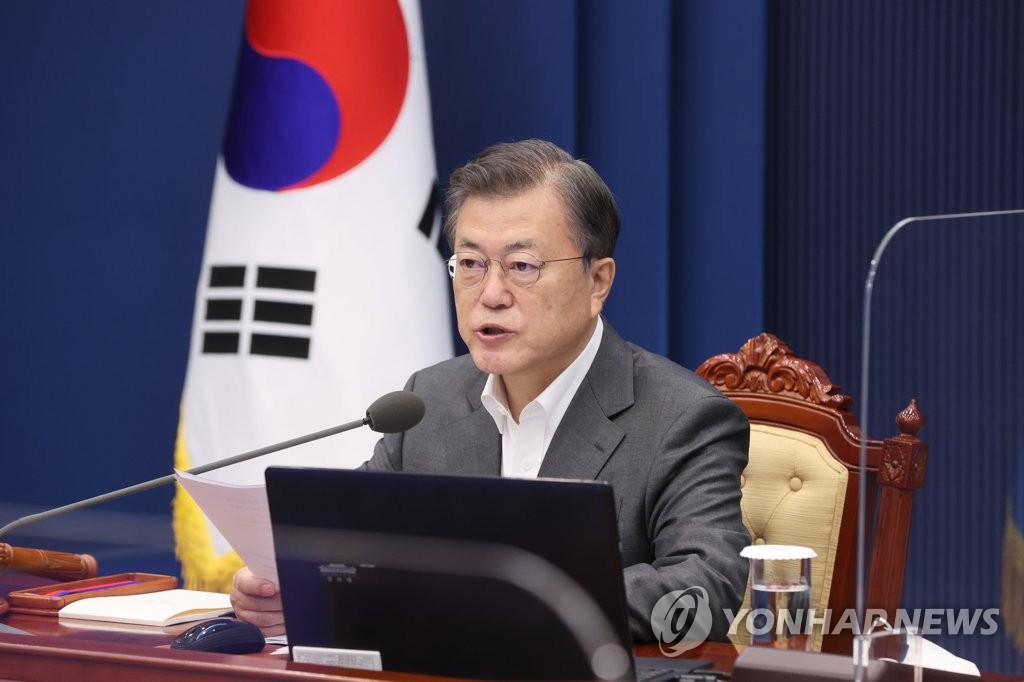 Prospects for Prime Minister Chung Sye-kyun and Choo Mi-ae, former justice minister, both of whom are reportedly preparing to compete in next year's presidential election, are not bright either, considering their close ties with Moon.

As of now, Gyeonggi Province Gov. Lee Jae-myung is forecast to further solidify his front runner position among potential DP candidates, but whether he succeeds in winning the support from pro-Moon members within the party remains to be seen.

Following its long-sought election victory, the People Power Party (PPP) is expected to help the conservative bloc set its sights on reclaiming the presidency next year.

The PPP is aiming to solidify its position as the pillar of the opposition forces, with expectations elevated for a power transition, probably in strategic partnerships with Yoon and Ahn Cheol-soo, head of the minor opposition People's Party.

The PPP and Ahn's party seem to be on course to merge, with local media describing such an envisioned broader "anti-Moon coalition" of the PPP, Yoon and Ahn as a "big tent."

Also, whether Kim Chong-in, the interim PPP chairman who is expected to step down from his position on Thursday, returns to play a role in coalescing opposition powers remains to be seen.