"I believe I must go forward accepting all of what's to come with a humble heart," Park told reporters at the DP's headquarters in Seoul while the ballot counts were in progress.

Park, former minister for SMEs and startups, also said she was "humble to the citizens who have raised their whips" towards her campaign, and thanked her supporters for rooting for her until the end. 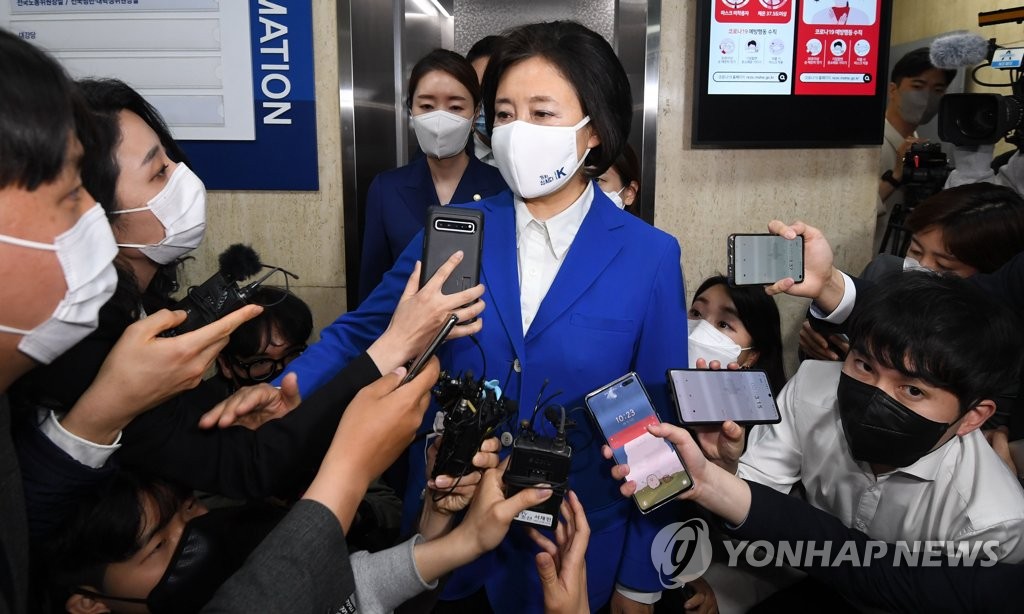 Her virtual concession came after an exit poll conducted jointly by broadcasters KBS, MBC and SBS showed Oh of the People Power Party (PPP) leading by 59 percent to 37.7 percent.

Kim Young-choon, the DP candidate of the mayoral by-election in the country's southeastern city of Busan, made a similar statement of concession.

"I humbly accept the results (of the election), as I stand before the large wave of the public sentiment," Kim said at his campaign office in Busan.

The joint exit poll showed Park Heong-joon of the PPP leading Kim 64 percent to 33 percent in the race for the mayoralty of Busan, the country's second-largest city. Kim added, "the DP and myself will not give up on the dream for Busan in the future." 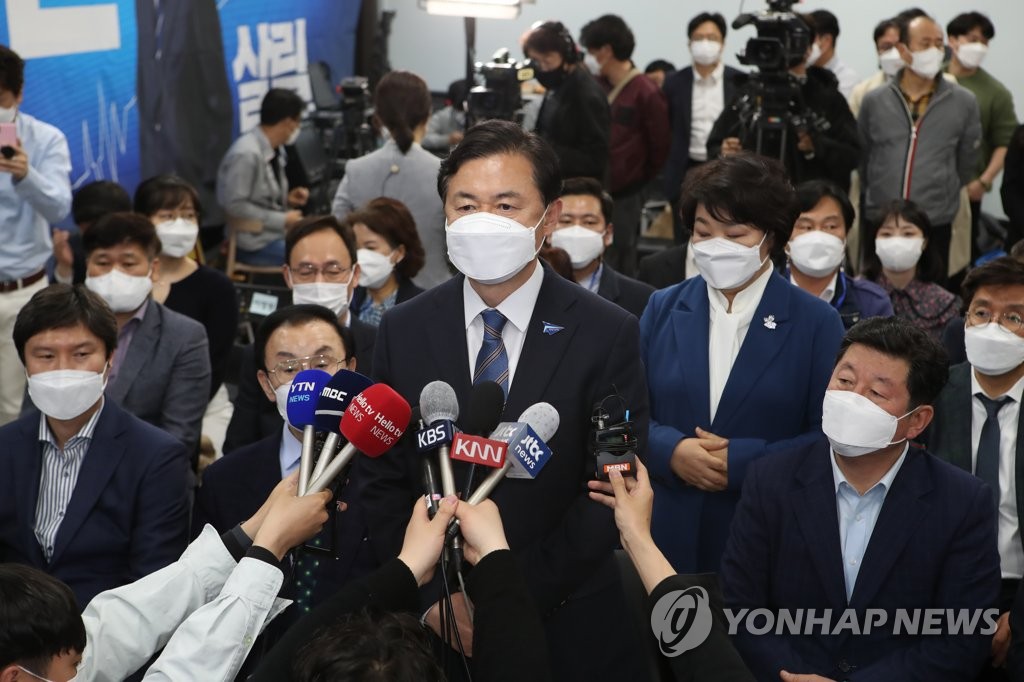