SEOUL, April 8 (Yonhap) -- Oh Se-hoon of the main opposition People Power Party (PPP) was on track to win the Seoul mayoral seat by a landslide in Wednesday's by-elections, the initial ballot count showed, dealing a crushing blow to President Moon Jae-in and his ruling party ahead of next year's presidential election.

Oh was leading Park Young-sun of the ruling Democratic Party (DP) 57 percent to 40 percent as of 00:30 a.m. Thursday, with the vote count in the capital 62 percent complete, according to the National Election Commission.

Park was running far ahead of Kim 63 percent to 34 percent, with 91 percent of all the ballots counted. 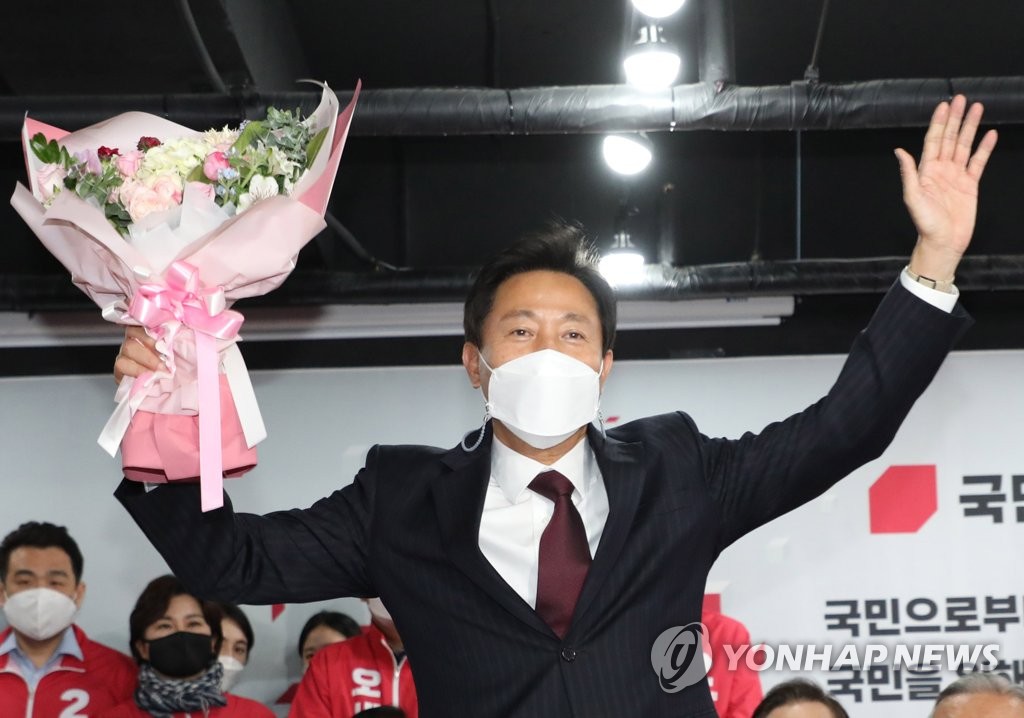 As the election results clearly tilt toward the PPP, the DP and its two mayoral candidates practically conceded their defeats.

"(DP) humbly accepts the public sentiment displayed in the election results. We gave huge disappointment to the people due to our shortcomings," the party's acting chairman Kim Tae-nyeon said in a press release.

The likely election victories for the opposition party are a stark reminder of the frustration and outrage the voters have against the Moon government and the ruling party.

The ruling bloc has been grappling with falling opinion poll ratings over spiking housing prices, as well as a land speculation scandal involving public housing development officials, which erupted a month before the election day.

The DP has also been on weak moral standing as the two mayoral by-elections were called after the previous mayors -- Park Won-soon in Seoul and Oh Keo-don in Busan, both affiliated with the liberal party -- left the posts last year amid sexual harassment allegations. 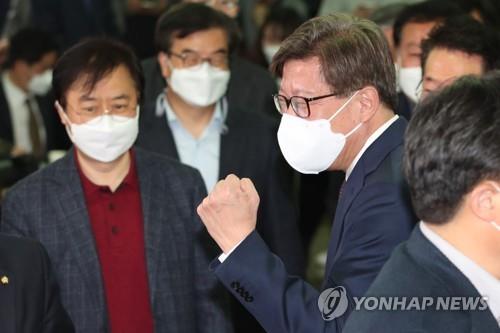 Oh's victory, if confirmed, will reinstate him to the mayoral seat of Seoul, home to nearly 10 million of the country's total 52 million population. He left the post at the midpoint of his second term in 2011, in protest against the opposition-dominated city council's introduction of a free school lunch program for all students.

Besides the two mayoral seats, 19 other regional public posts were up for grabs in the by-elections, including the county governor for Uiryeong in South Gyeongsang Province and a ward office head in the southeastern city of Ulsan. 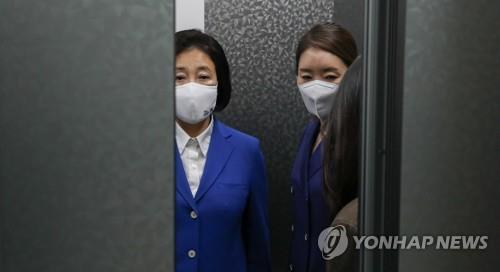