WASHINGTON, April 7 (Yonhap) -- The United States is prepared to engage in some form of diplomacy with North Korea if it will lead to denuclearization on the peninsula, White House spokeswoman Jen Psaki said Wednesday.

She said the U.S. remains committed to denuclearization of North Korea.

"We have a clear objective as it relates to North Korea, which is denuclearizing the Korean Peninsula," the spokeswoman said at a daily press briefing. "We are, of course, continuing to enforce sanctions. We are consulting with allies and partners. We are prepared to consider some form of diplomacy if it's going to lead us down the path toward denuclearization." 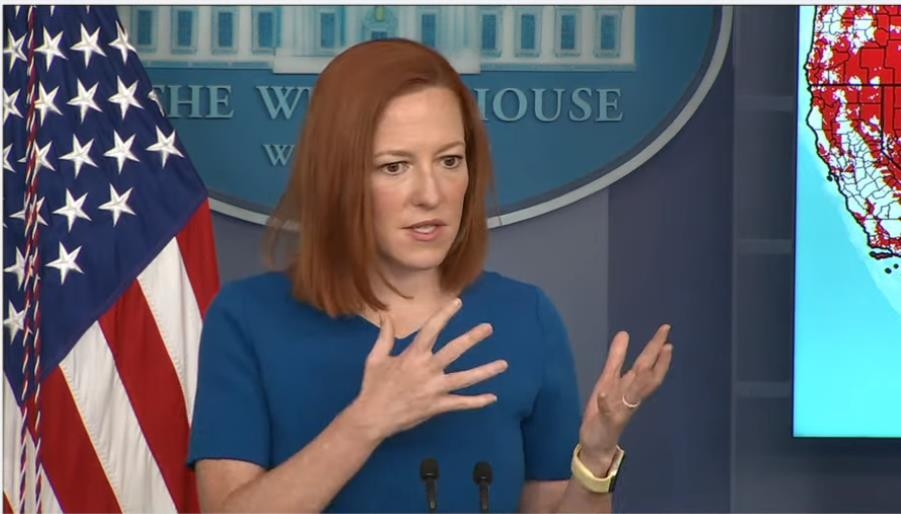 The remarks came a day after a U.S. think tank said the North has moved a submersible missile test barge at its missile test site to a different position, possibly indicating an upcoming test of a submarine launched ballistic missile.

Psaki referred related questions to the Defense Department, saying she is unable to get into details.

"So that is broadly how we view," she said, referring to her earlier remarks. "There's also a review that's underway within the administration but on the specific reports, there's not more I'm going to be able to convey from here."

The Biden administration has been undergoing a comprehensive review of North Korea policy that it says will lead to a new approach.

Officials at the State Department have said the review is in its final stages.

The Biden administration has reached out to North Korea since mid-February. North Korea remains unresponsive and says it will continue to ignore U.S. overtures until Washington gives up its perceived belligerence.