SEOUL, April 8 (Yonhap) -- Financially troubled carmaker SsangYong Motor Co. said Thursday it will suspend the operation of its local plant for a week due to lack of semiconductor chips.

SsangYong will halt its plant in Pyeongtaek, 70 kilometers south of Seoul, from April 8-16, with a plan to resume operations on April 19, the company said in a regulatory filing.

The SUV-focused carmaker resumed operations on March 2 after halting the Pyeongtaek plant for 16 days in February as its subcontractors refused to supply parts due to outstanding payments.

SsangYong filed for court receivership in December after it failed to obtain approval for the rollover of existing loans from its creditors.

The company received a three-month suspension of its obligation to pay its debts until Feb. 28 as it aims to find a new investor.

Court-led restructuring for SsangYong is widely expected to begin this week at the earliest as HAAH Automotive Holdings Inc., the sole potential investor, didn't submit a letter of intent (LOI) to acquire the carmaker.

SsangYong Motor's Indian parent Mahindra & Mahindra Ltd. had been in talks with the U.S. vehicle importer to sell its majority stake in the Korean unit as part of its global reorganization plan amid the COVID-19 pandemic. 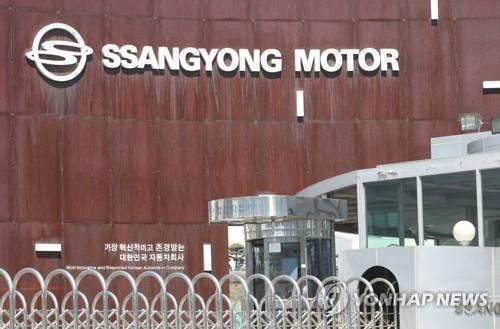