SEOUL, April 8 (Yonhap) -- LG Electronics Inc. said Thursday it will offer extended software upgrades for its smartphones as the company is set to depart from the mobile business.

LG's mobile operating system (OS) update guarantee will be extended by one year. LG's premium smartphone users can now get OS updates for three years, while people using LG's budget handsets can receive upgrades for up to two years.

Users of LG Velvet and LG Wing smartphones that were launched last year, for instance, can get support for OS upgrades through 2023.

LG said devices eligible for its extended OS update programs will be posted on its website, though its support plan could vary by market depending on Google's Android OS release schedule and product specs. 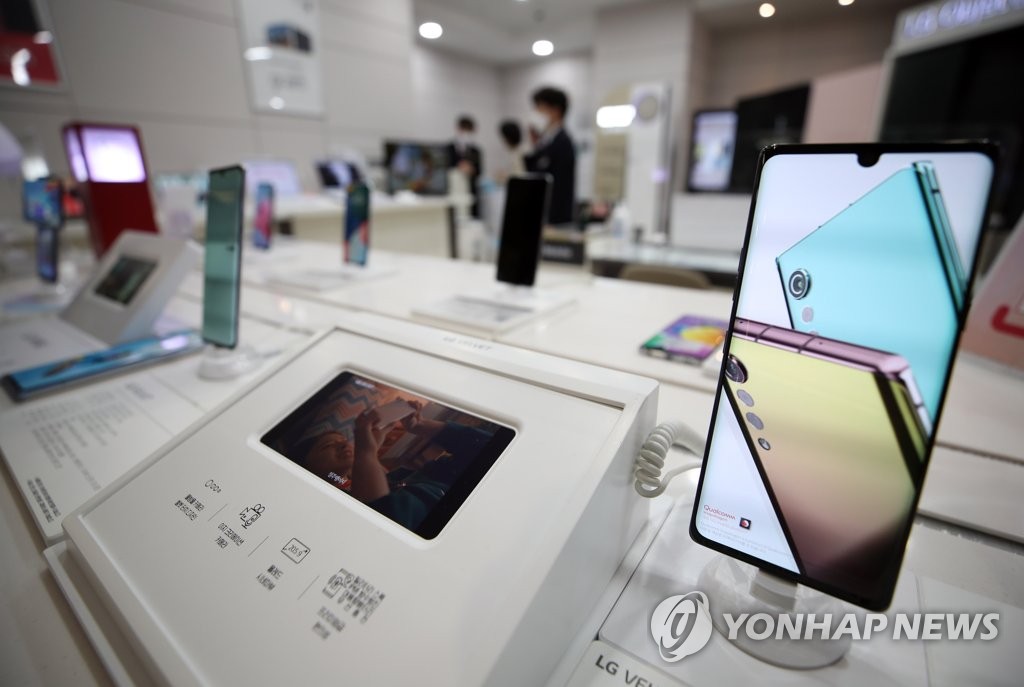 The company also promised utmost after-sales services globally even after the closure of its mobile business.

LG on Monday announced that its mobile business unit will no longer operate after July 31 after years of money-losing performance.

In South Korea, LG's home turf, the company said repairs of smartphones will be supported for at least four years from their manufacturing date.

LG will produce smartphones until the end of May to meet its existing supply orders. The company said although its mobile business closes after July 31, inventory of some existing models may still be available after that and may be available for purchase.

With its exit plan, market researcher TrendForce predicted that LG's share in this year's smartphone market will be lower than 1 percent.

LG was the world's ninth-largest smartphone brand by production volume last year with a market share of 2.4 percent, according to TrendForce data, after it manufactured 30.6 million smartphones.