He is 0-for-10 with three strikeouts and two walks after three games of the new Korea Baseball Organization (KBO) season. Granted, it's still early in the season, but the Landers would have liked a quicker start from the highest-paid player in league history, making 2.7 billion won (US$2.4 million) this season.

The 38-year-old outfielder has faced a slew of challenges though. 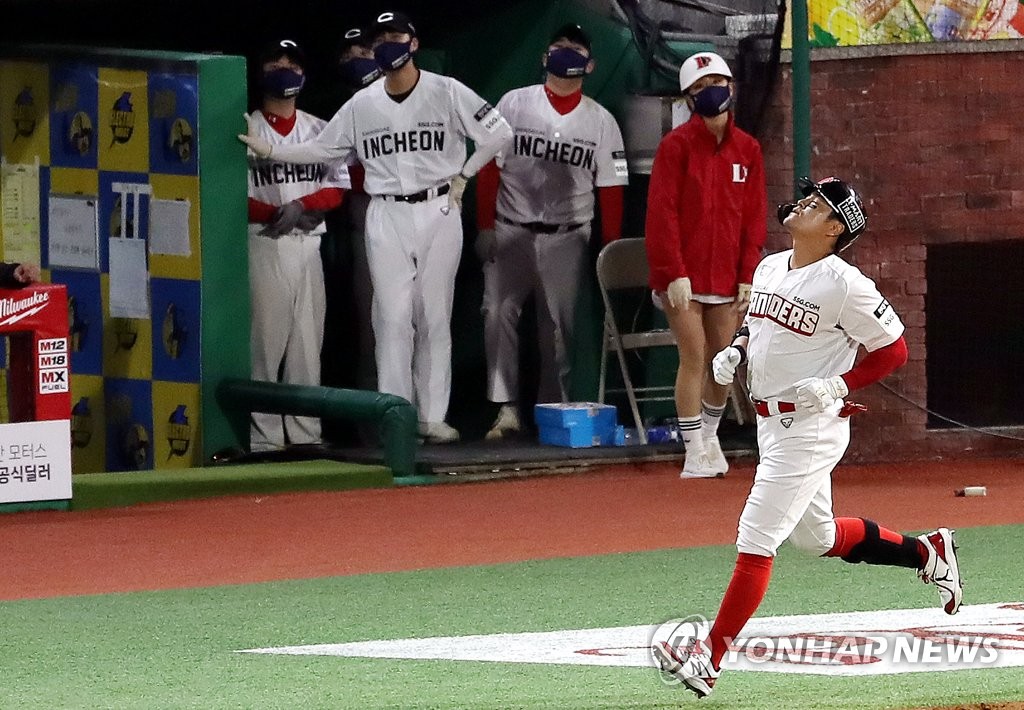 For one, Choo has often talked about how he didn't have as much time in spring training to get ready for the regular season as he would have liked. He had developed his routine while playing 16 years in the majors, and it was thrown out of whack after he signed with the Landers in late February, served a mandatory, 14-day quarantine after arriving in the country, and joined the club in the midst of spring training.

In a way, Choo's body clock may be stuck in spring training mode. That he dealt with a minor hip issue at the onset didn't help, a condition that limited him to designated-hitting duties in the first two games.

He was 0-for-3 with a walk and a steal in the first game on Sunday against the Lotte Giants, followed by another 0-for-3 day Tuesday versus the Hanwha Eagles.

Then Wednesday against the Eagles again, Choo went 0-for-4, despite making some hard contact.

In the first inning, Choo lined out to first base against starter Kim Yi-hwan. His screamer down the line came off the bat at 167.2 kph (103.9 mph) but went right to first baseman Ryon Healy. 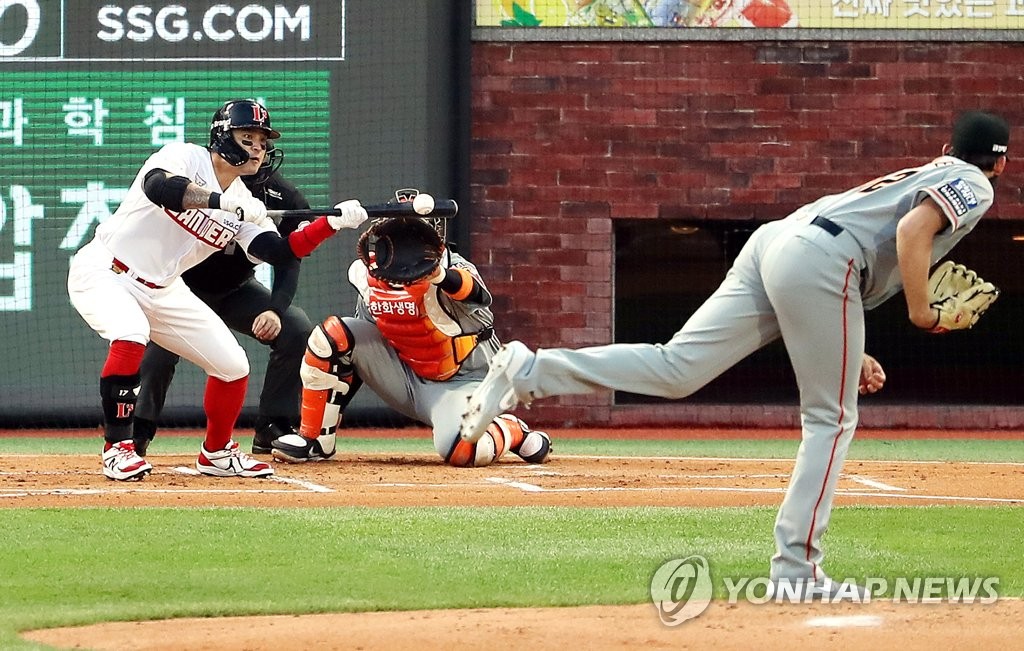 Then facing reliever Joo Hyun-sang in the seventh, Choo sent a fly ball to center field, with an exit velocity of 157.9 kph. The ball was caught a few steps in front of the track.

Choo just got under that ball, and he was visibly frustrated almost as soon as he made contact. On his way back to the dugout, Choo tore off his batting glove in anger.

As seasoned as Choo may be, with 218 home runs and 782 RBIs in his major league career, he is pressing at the plate.

Expectations are admittedly high for Choo, who was anointed as a franchise savior the moment he signed his contract.

After finishing up the preseason on March 30, Cho admitted to feeling like he had been "left alone on a desert island" and carrying the weight of expectations was taking its mental toll on him.

The saving grace for the Landers is the hot start by other sluggers surrounding Choo in the lineup. Choi Jeong has homered twice, while Choi Joo-hwan, another big-ticket free agent signing by the Landers, leads the team with three dingers. 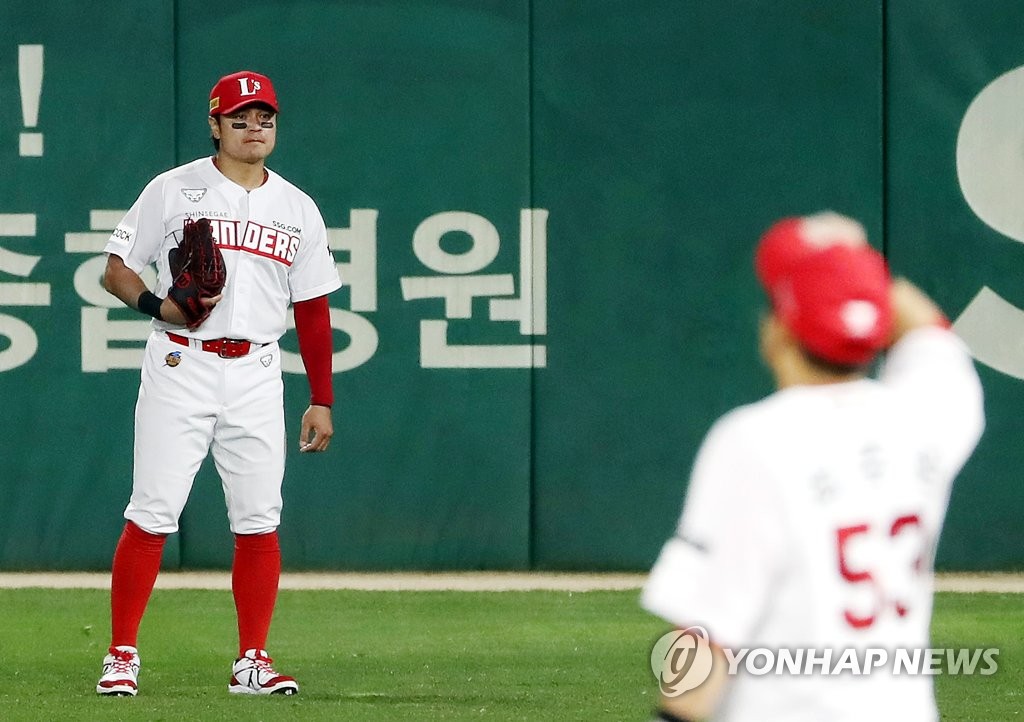