ANDONG, South Korea, April 8 (Yonhap) -- A court on Thursday sentenced a key member of an online sexual blackmail ring to 34 years in prison for coercing dozens of women and girls into sharing sexually explicit videos of themselves.

A district court in the southeastern city of Andong convicted Moon Hyung-wook, 24, of operating the sexual exploitation chatrooms on Telegram and producing and distributing thousands of obscene videos of female victims.

"The defendant caused irreparable damage to the victims and his antisocial crime that violates human dignity deserves a severe punishment," the court said in the ruling.

The court also ordered him to wear an electronic bracelet for 30 years.

Moon, known by his username GodGod, was arrested in May 2020 in the shocking case that sparked public fury.

He was indicted the following month on 12 counts, including the violation of laws on protecting minors from sexual abuse. The prosecution had demanded a life sentence.

Cho Ju-bin, the leader of the operation, was sentenced to 40 years in prison last November.

The duo and other accomplices were found to have forced at least 74 people, including 16 minors, into filming sexually abusive content and sold them to the members of their Telegram chatrooms, called "nth room."

Prosecutors said Moon produced and possessed sexually explicit videos of 21 girls from early 2017 to early 2019 and blackmailed three parents of his victims by threatening to release such videos. 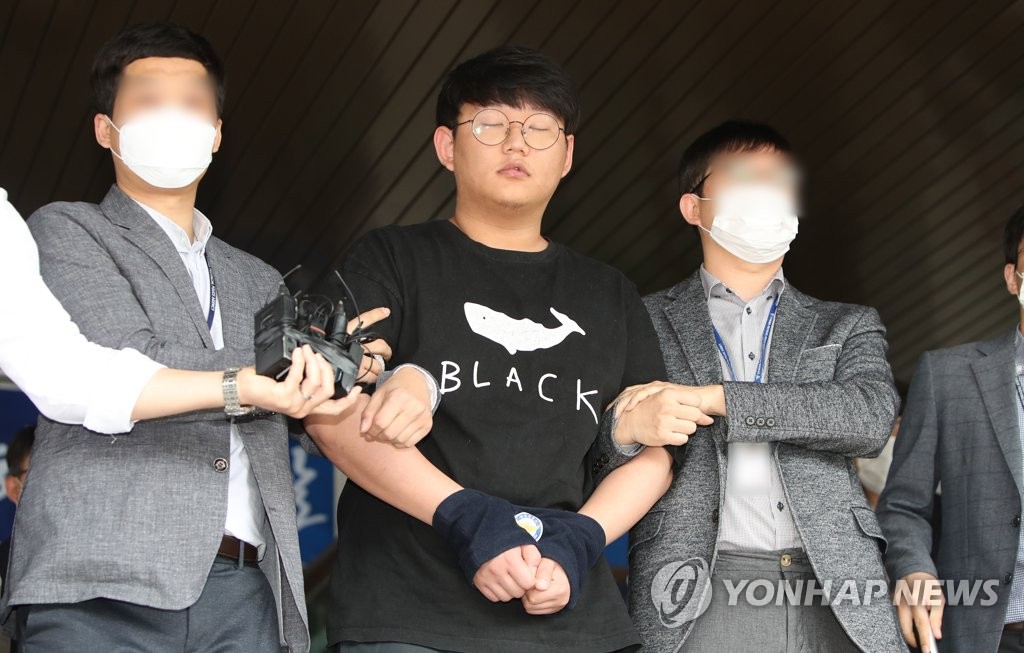