Moon invited Defense Minister Prabowo Subianto in person to his office amid speculation that the bilateral partnership in the KF-X project may be sputtering.

The minister was on a visit to South Korea for a ceremony to roll out the first prototype of the nation's indigenous fighter jet. It is scheduled to take place at the Sacheon factory of Korea Aerospace Industries (KAI) in South Gyeongsang Province on Friday.

Indonesia is the only foreign partner of the 8.8 trillion-won (US$7.9 billion) bid, called IF-X in the Southeast Asian country.

"The South Korea-Indonesia joint project to develop a next-generation fighter jet symbolically shows the high level of trust and cooperation between the two nations along with a cooperation project on submarines," Moon said at the outset of talks with the minister, which pool reporters were allowed to cover. 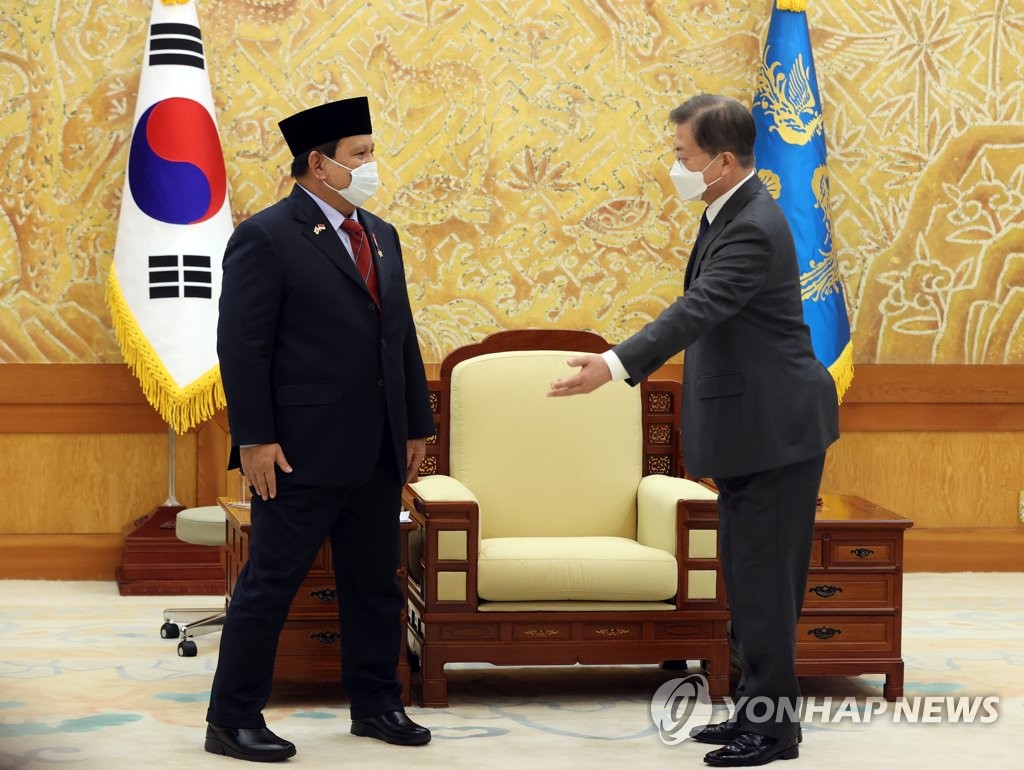 He added South Korea makes much of relations with Indonesia, a "representative Asian nation," and pointed out that the two have forged "special strategic partnerships."

Doubts have grown over Jakarta's commitment to the fighter jet program despite a 2015 contract to share 20 percent of the total costs and introduce 48 KAI-made jets deigned to be 4.5 generation aircraft.

Having made an early phase investment of 227.2 billion won, it is known to be behind on paying the rest.

Its personnel have yet to return to the KAI facilities after being withdrawn last year due to the COVID-19 pandemic.

According to some media reports, Jakarta is considering the procurement of Rafale or F-15EX combat jets. 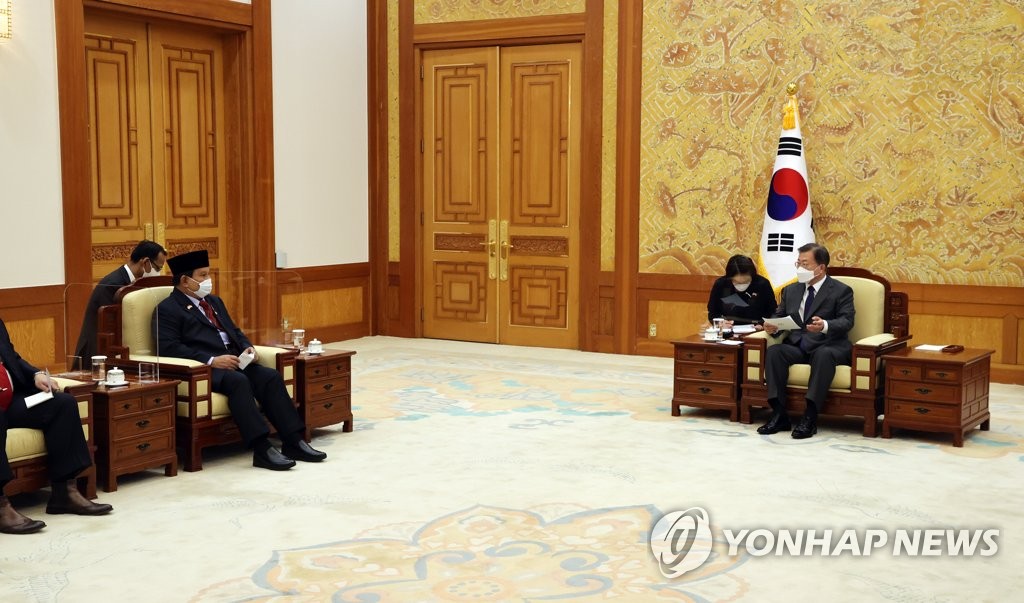