SEOUL, April 9 (Yonhap) -- In politics, it is conventional wisdom that liberal parties are more effective in connecting with and appealing to young voters, while conservative rivals are more comfortable in engaging with the older electorate. A high level of voter turnout is also usually considered something that works in favor of liberal candidates.

These common notions, however, were completely shattered during the course of these past by-elections in South Korea, as many young voters firmly expressed their opposition to the ruling Democratic Party (DP), at least in its current state.

The DP suffered a devastating defeat by the conservative main opposition People Power Party (PPP) in the Seoul and Busan mayoral by-elections on Wednesday, with PPP's Seoul candidate Oh Se-hoon and Busan candidate Park Heong-joon both winning by huge double-digit margins against their rivals.

Following its losses, the ruling party went into damage control mode, with its entire leadership resigning en masse on Thursday. It will be run by an interim steering committee before holding a convention early next month to pick a new chairperson.

As mentioned, the most painful part of the election for the DP is the fact that young voters -- who have traditionally sided with the liberal bloc -- have abandoned their support for liberal candidates, as seen in earlier campaign surveys and Wednesday's exit polls.

In a joint exit poll conducted by three major broadcasters -- KBS, MBC and SBS -- on Wednesday, Oh dominated his DP rival Park Young-sun 55.3 percent to 34.1 percent among voters in their 20s, and 56.5 percent to 38.7 percent among 30-something voters.

Just among male voters in their 20s, Oh received a staggering 72.5 percent support in the exit poll. This figure was even higher than the 70.2 percent support from those over 60.

The rallying of young voters behind a conservative candidate is near unprecedented in recent election history. The approval rating of Park Won-soon, the late liberal predecessor of Oh, among those in their 20s stood at over 70 percent as a candidate in late 2011, while his then-conservative opponent Na Kyung-won was more favored by those over 50.

The DP was actually in an uphill battle against public opinion as of late, seeing its approval ratings plummet since a land speculation scandal involving public officials at LH, the state housing developer, erupted a month ahead of the elections.

The LH scandal emerged as one of the hottest topics in the April 7 Seoul and Busan mayoral by-elections. However, the scandal alone, according to many political experts, wasn't an isolated, be-all and end-all factor in the DP's fallout among young supporters.

Experts say that the scandal acted as a trigger in the explosion of public frustration toward the DP's housing policy, which was compounding as home prices and rent have kept skyrocketing in Seoul and other major cities nationwide under the Moon administration.

At the same time, the government's left-leaning real estate policies, such as tightening of borrowing rules and raising various home-related taxes, have thwarted the hopes of young people who wish to buy a home of their own. 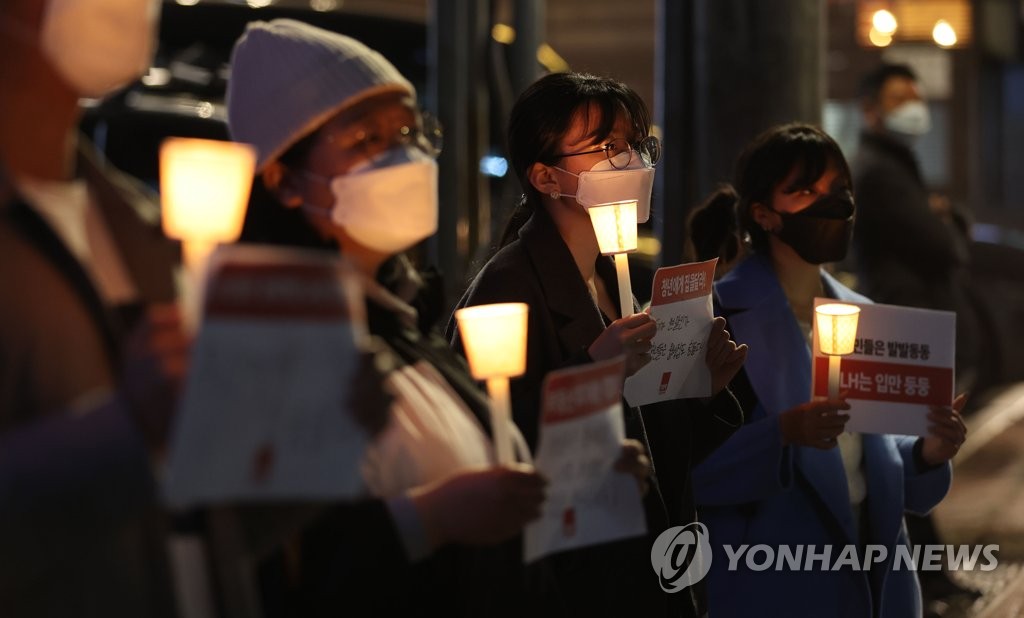 The Moon administration and the ruling party have also met increasing criticism of practicing double standards -- of being soft to misconduct and corruption of its own team members while demanding the public and opponents follow strict rules.

According to experts, the optics of self-contradiction and double standards, as seen in the alleged meddling of former Justice Minister Cho Kuk and his wife in their children's school admissions, was a critical factor in the DP losing support from young voters.

The sexual harassment cases of both former Seoul and Busan mayors affiliated with the ruling party, and the DP decision to field candidates against its internal rule prohibiting competing in by-elections caused by "serious wrongdoing" by its members, were also huge deal breakers for many young voters.

"Particularly male voters in their 20s appear to have attached great importance to the idea of fairness in this race amid the LH scandal and housing policy problems," Bae Cheol-ho, senior expert adviser at polling agency Realmeter, said.

Young voters, according to Bae, also weighed heavily the idea of holding the DP accountable for the sexual harassment allegations against former mayor Park. 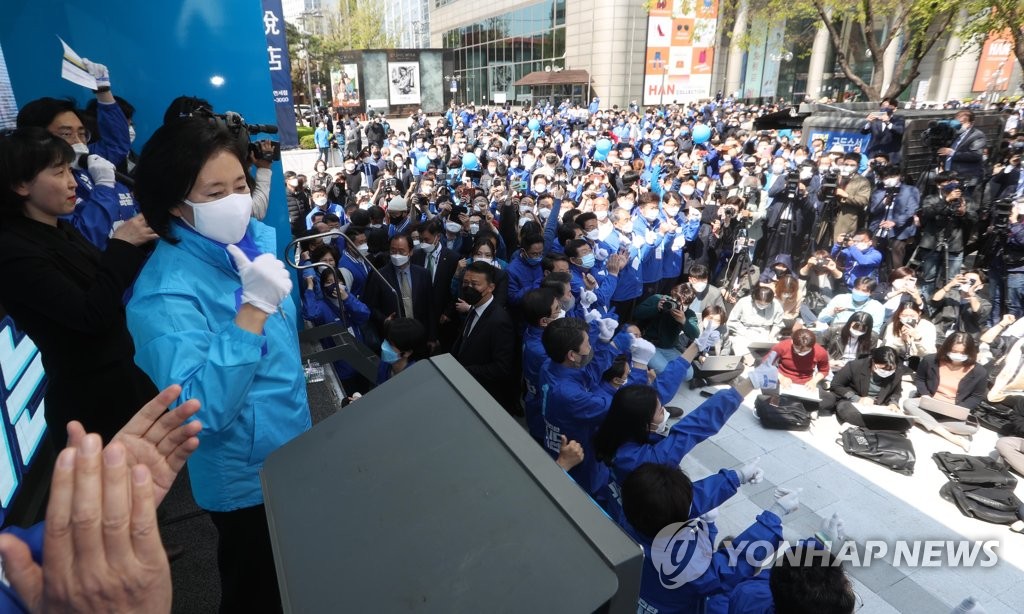 What worsened the DP's plight was a comment from Park Young-sun, the DPs candidate in Seoul, who described young people as having a weak sense and experience of history after seeing weak poll numbers among young voters.

"This election could potentially be the end of Park Young-sun's political career. I'm surprised by the fact that she could say something like that," one person reacted on Twitter.

Oh appealed to young voters on the promise of delivering speedy reform measures to increase housing supply in the capital and also to look after the reinstatement and recovery of the victim of sexual harassment by former mayor Park.

"I can't remember the last time when our party campaigned by mobilizing 20-somethings in the forefront," Oh said during a stump speech earlier this week. "I'm not sure if I'm dreaming or if this is reality," he added.

According to Shin Yul, a political science professor at Myongji University in Seoul, the chances of the DP courting young voters in the by-elections were virtually nonexistent due to the heavily accumulated distrust of voters against the government and the ruling party.

"Public opinion and the overall context of the race had already leaned in the direction toward punishing the administration. No campaign could come out surviving under such circumstances," Shin said.

It should be made clear that the shift in preference of young voters this time is widely interpreted as the generation punishing the ruling party for mishandling the governing of the nation and economy, as opposed to reflecting a phenomenon of growing affinity among young people toward the conservative party.

"The PPP's victory, despite the party not having done much, is a sign that the DP has made huge errors. But this administration and the ruling party is reluctant to own up to its mistakes, having the tendency to blame the press, the prosecution service and young voters," Kim In-gyun, a 29-year-old worker in Seoul, said. 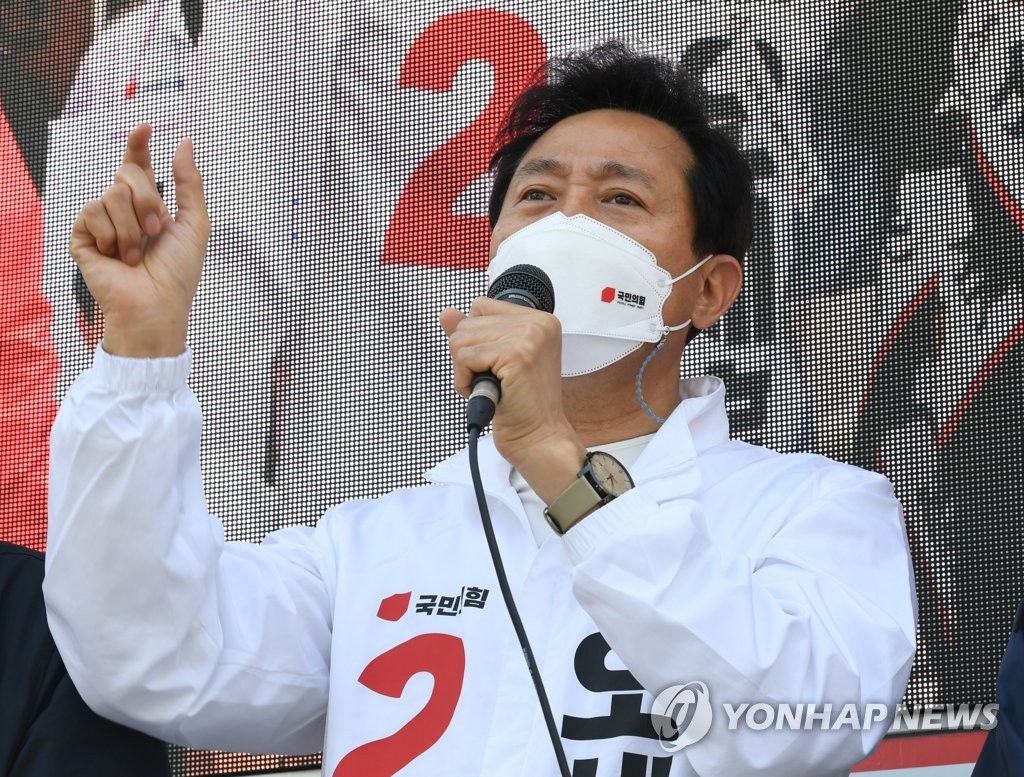