"It is necessary to take preemptive steps to prevent inflationary pressure from constraining an economic rebound and inflicting burdens on ordinary people," Lee told a government policy meeting.

He said the government will come up with a plan to import a necessary amount of eggs in May in an effort to stabilize soaring prices as early as possible.

The government will further do its best to release its stockpiles of rice and other key farm products in a timely manner in order to stabilize their prices, he added. 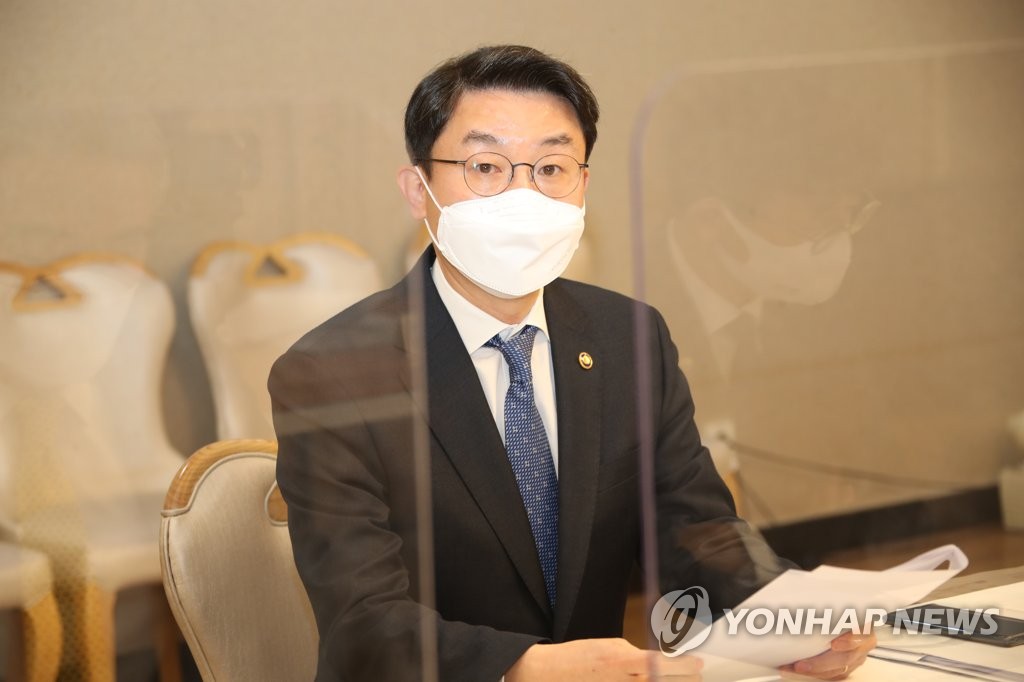 South Korea's consumer prices grew at the fastest clip in 14 months in March on higher prices of farm and oil products, in the latest sign that inflationary pressure is building up amid an accelerating economic recovery.

South Korea's overall inflation has remained subdued amid the coronavirus pandemic but recent increases in food and oil prices are stoking worries about rising inflation.

Lee further said the government will provide an emergency cash handout of 700,000 won (US$627) per capita for some 80,000 drivers of taxi companies in early May as they are struggling with a plunge in customers due to the COVID-19 outbreak.

In late March, the Moon Jae-in administration began handing out the fourth batch of direct financial support for millions of small merchants and pandemic-hit groups in a tailored program based on a 15 trillion-won extra budget.
(END)