WASHINGTON, April 8 (Yonhap) -- A bipartisan caucus of the U.S. House of Representatives said Thursday it will hold a public hearing next week on South Korea's recently legislated ban on the sending of anti-Pyongyang leaflets into North Korea.

The caucus, the Tom Lantos Human Rights Commission, said it will hold "a hearing on freedom of expression on the Korean peninsula" on Thursday next week. Five witnesses have been called in to testify, including Suzanne Scholte, a human rights activist.

"Recently, international attention has focused on a controversial 'anti-leaflet law' passed by the National Assembly last December," the commission said.

"Some observers have expressed concerns that the law could interfere with efforts to promote human rights in North Korea, including programs funded by the U.S. government, such as by disseminating USB drives containing information about the outside world," it said.

The commission, previously known as the Congressional Human Rights Caucus, is a bipartisan caucus, formed in 1983, whose mission is to "promote, defend and advocate internationally recognized human rights norms as enshrined in the Universal Declaration of Human Rights."

Under the new leaflet ban, South Korea prohibits sending propaganda leaflets to North Korea, which had mostly been done by sending them via large balloons from just south of the inter-Korean border.

Such activities had long exposed South Korean residents in border areas to physical dangers as North Korea often sought to shoot down such balloons to stop them from crossing the border, the South Korean government has said of the reason for the new anti-leafleting law.

Still, many activist groups, including North Korean defector groups, have accused the Seoul government of limiting their freedom of speech in its effort to improve its ties with Pyongyang, while others have argued the ban will further limit the narrow access to information for people in the reclusive North.

The U.S. State Department earlier described in detail the anti-leafleting law in its annual human rights report on South Korea, while stressing the importance of free flows of information to the North.

An informed source said none of the activist groups in South Korea previously engaged in leafleting activities had received direct funding from the U.S. government or its subsidiaries.

In Seoul, the unification ministry reiterated that the main spirit of the anti-leaflet ban is to strike a balance between the safety of South Koreans in border regions and human rights, such as North Korean people's access to outside information.

The ministry handling inter-Korean affairs added that it will work hard in close cooperation with other relevant government agencies in getting safety concerns for the people in border regions reflected in a "balanced" manner during the next week's hearing.

The foreign ministry said it will continue close communication with the U.S. and other countries to seek an accurate understanding of the purpose, scope and content of the legislation 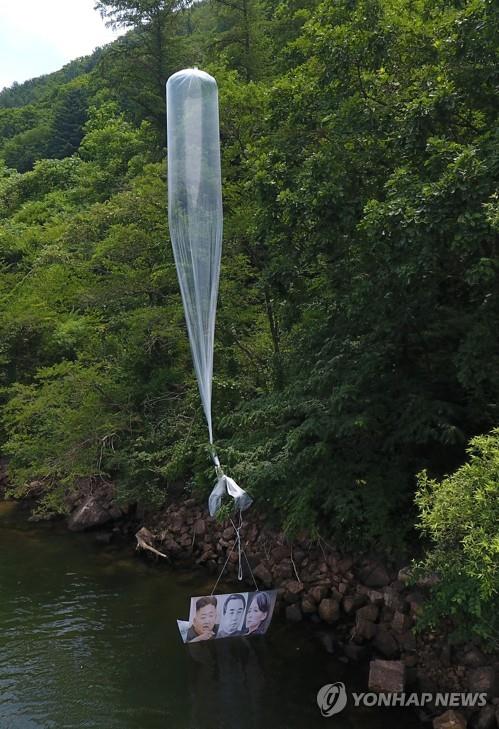