SEOUL, April 11 (Yonhap) -- In order to qualify for the women's football tournament at this summer's Tokyo Olympics, South Korea must either defeat China by two goals in their upcoming playoff match, or win that contest by at least 3-2.

This against a team that the Taeguk Ladies haven't defeated in nearly six years.

South Korea, coached by Colin Bell, put themselves in this unenviable position by losing the first leg of the playoffs 2-1 at home on Thursday. A 73rd-minute penalty by Wang Shuang provided the difference for China, who have now won 28 out of 38 matches against South Korea, against just four losses and six draws. 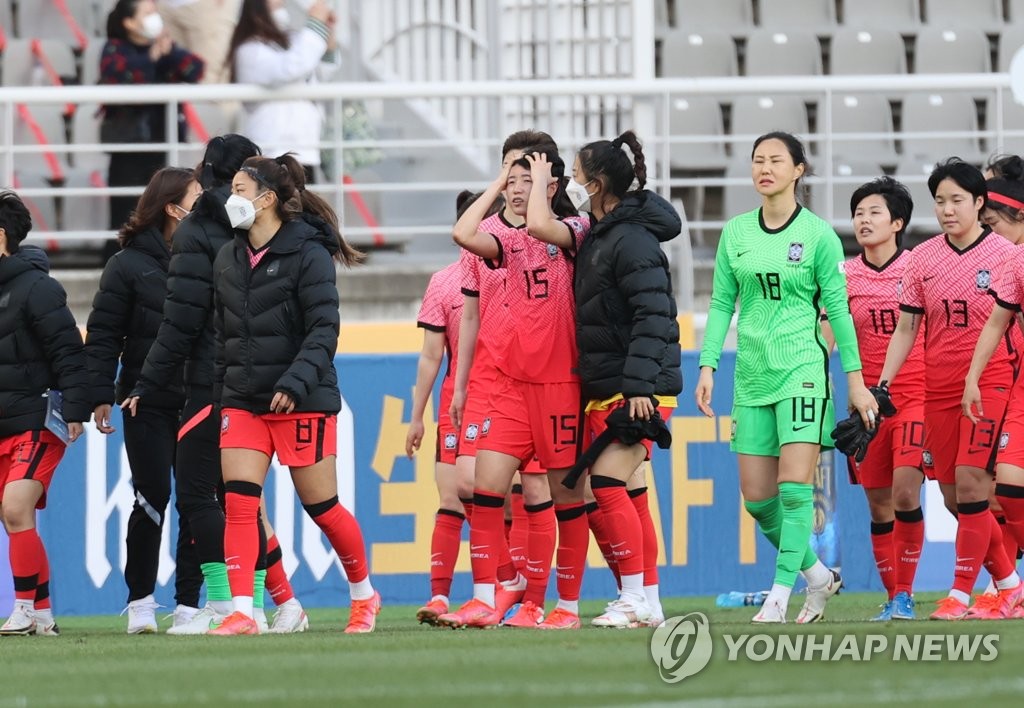 The second leg will kick off at Suzhou Olympic Sports Centre in Suzhou at 4 p.m. Tuesday local time, or 5 p.m. South Korean time. The aggregate score will determine who will secure the final Asian ticket to the Tokyo Olympics, and the away goals rule will apply. South Korea will try to qualify for the Olympics for the first time.

With China having bagged two goals on the road, if South Korea wins the second leg 1-0, the aggregate score will be even at 2-2 but China will prevail thanks to a 2-1 edge in away goals. A 2-1 win by South Korea will set up extra time, because the teams will be deadlocked in the total score at 3-3 and also in away goals at 2-2.

But to illustrate the degree of difficulty of that task: South Korea have not beaten China in their past six meetings, with one draw and five losses, and have managed just two goals in that stretch. The last victory came in August 2015. 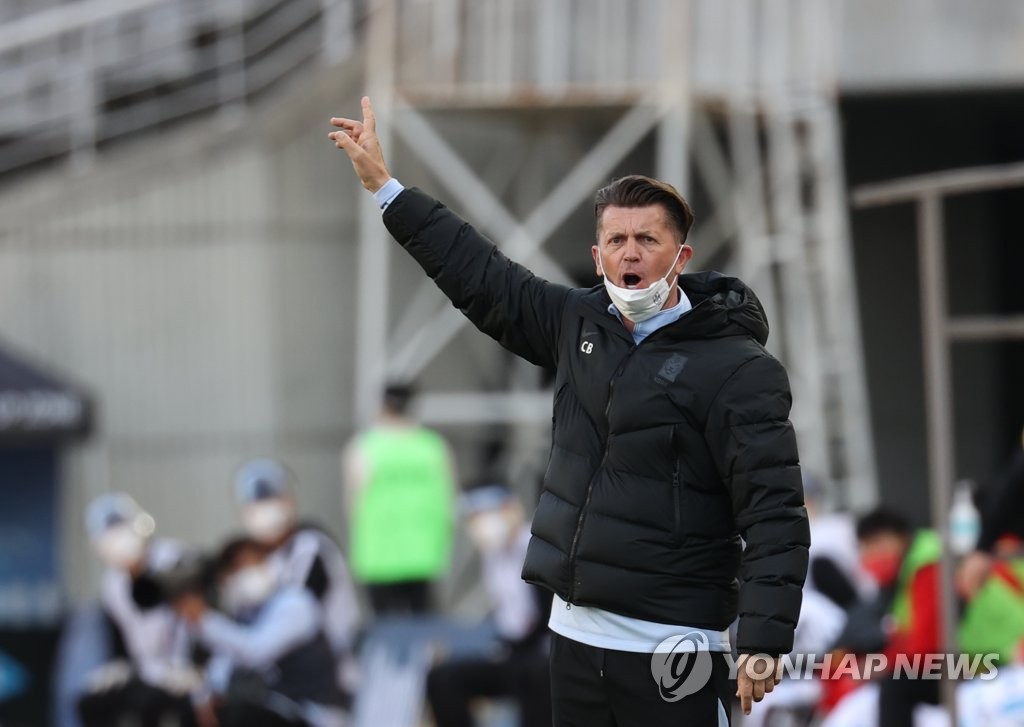 On a brighter note, though, South Korea put up a good fight in Thursday's loss. Kang Chae-rim's first-half equalizer, set up by a gorgeous throughball from Ji So-yun, provided a glimpse of South Korea's offensive potential against a physical opponent. Bell said afterward his team "dominated" the final 15 to 20 minutes, and China barely had a scoring chance in the second half other than the penalty.

Bell's players have to be sharper on the defensive end. The first Chinese goal, by defender Zhang Xin, was a direct result of a lapse in concentration in the danger zone. Forward Son Hwa-yeon then committed a needless foul on Tang Jiali in the box, kicking at the Chinese player's right foot after the ball had already left Tang. 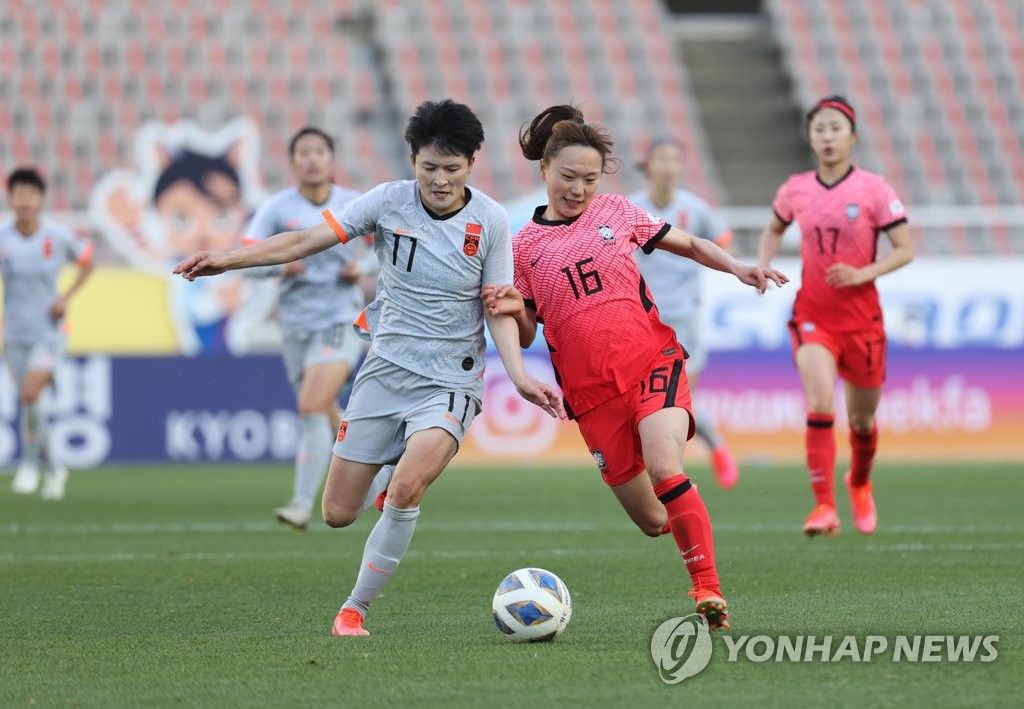 As long as South Korean players can shake off some rust that Bell said was inevitable, given that the national team hadn't played together for over a year, the coach believes beating China is "not impossible."

His glass wasn't just half-full. It was overflowing.

"We just have to look at the game and pick out the moments and the areas that we need to improve, and also identify the areas that China have the weaknesses that we can exploit a little bit better," Bell said. "We still have a second game to play. So I'd send a message out to China that they don't need to book a hotel in Tokyo just yet." 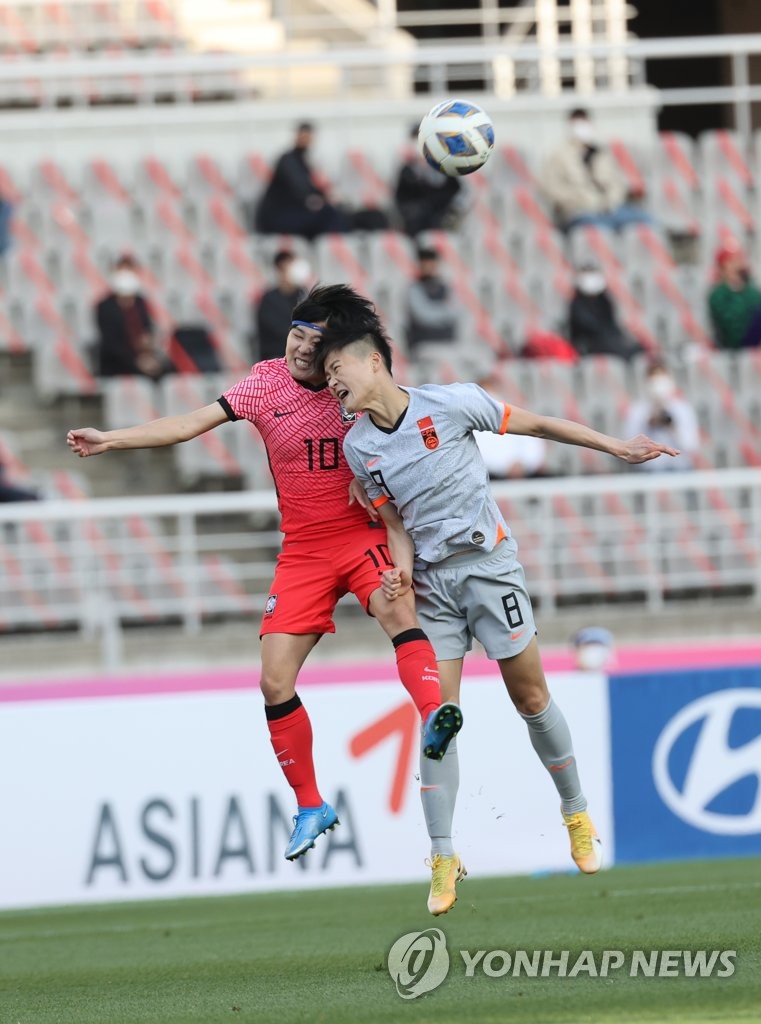