SEOUL, April 9 (Yonhap) -- The new mayor of Seoul ordered his administration on Friday to review the city's response to COVID-19 thus far, saying the current virus restrictions have failed to address the people's needs.

Oh Se-hoon made the remark during a COVID-19 response meeting attended by senior city officials on his second day of work following his landslide win in Wednesday's mayoral by-election. 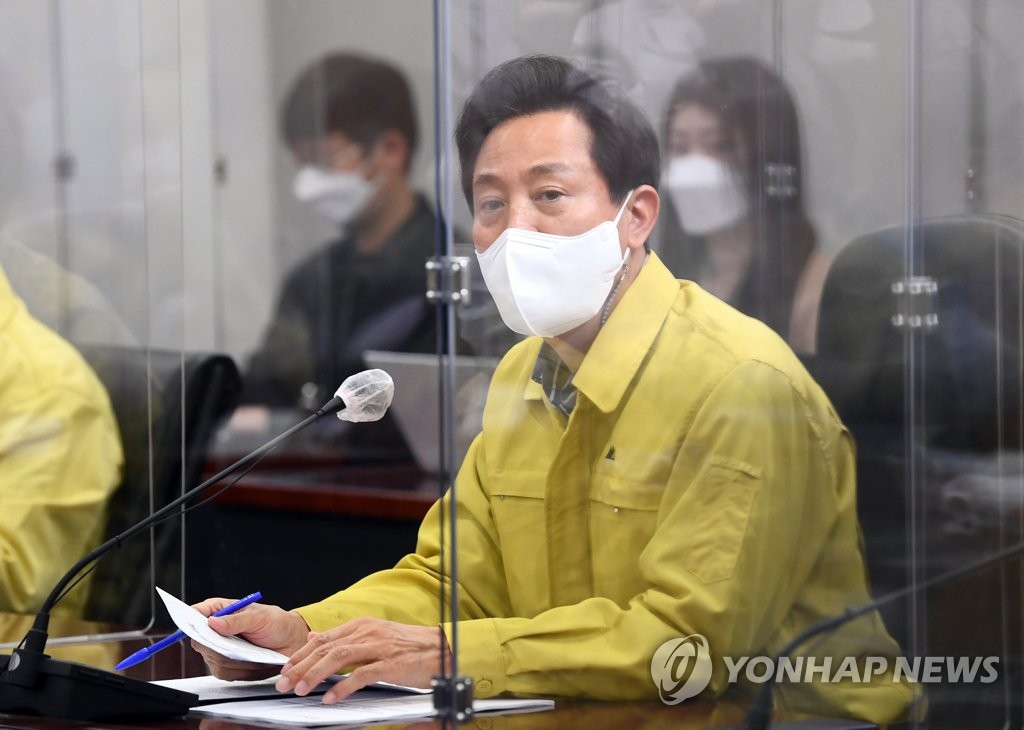 "We've been dealing with COVID-19 for almost a year and four months, but to tell you the truth, I think it's time we reflect on whether the city didn't do everything it could," he said.

"I'm sure (you) did your best, but aside from following the central government's decisions (on social distancing levels), whether we carefully listened to the cries of small businesses in the field is something we should reflect deeply on," the new mayor added.

Oh, who is affiliated with the main opposition People Power Party, was apparently taking a swipe at the previous administration of Park Won-soon, who was a leading figure of the ruling Democratic Party before his death in an apparent suicide in July.

Oh said public distrust in the health authorities is growing and cited this week's back-to-back decisions to halt and then resume COVID-19 vaccinations for certain groups.

"The delay in achieving herd immunity due to delayed vaccinations has a direct correlation with people's livelihoods," he said, describing the country as being slower than others of comparable status in its inoculation program.

"At the current rate, small businesses are forced to make sacrifices, and it will be difficult to continue the uniform and plug-type of social distancing measures that have been applied until now," he added.

The mayor instructed officials to meet with various industry representatives to find ways to minimize sales losses and maximize the effect of antivirus restrictions.

He also ordered a review of blanket bans on business after 9 p.m. or 10 p.m. to better meet the needs of each industry.

"I ask you to do your best to preemptively stop a fourth wave and reignite the light of people's livelihoods," Oh said.

South Korea has been struggling to contain a new wave of coronavirus cases, with 671 more infections reported Friday, including 215 in Seoul.