SEOUL, April 9 (Yonhap) -- Prime Minister Chung Sye-kyun will visit Iran next week for talks on bilateral ties and other issues, his office said Friday, amid lingering tension over Tehran's call to unlock its funds frozen here under U.S. sanctions.

Chung's visit to Iran from Sunday to Tuesday -- the first such trip by a South Korean premier in 44 years -- follows Tehran's release this week of a Korean oil tanker and its captain about three months after its seizure over alleged oil pollution.

"Through this visit, Prime Minister Chung will create an opportunity to enhance traditional friendly relations between South Korea and Iran, and develop them in a future-oriented manner," his office said in a press release.

It did not elaborate on whom he would meet, but he is expected to hold talks with senior Tehran officials on an array of issues, including Iran's funds -- worth US$7 billion -- frozen at Korean bank accounts.

The release of the oil tanker this week raised speculation that Seoul and Tehran might have made some headway in their consultations on the frozen money issue.

In August 2017, Chung visited Iran as then speaker of the National Assembly. A South Korean prime minister last visited the country in 1977. 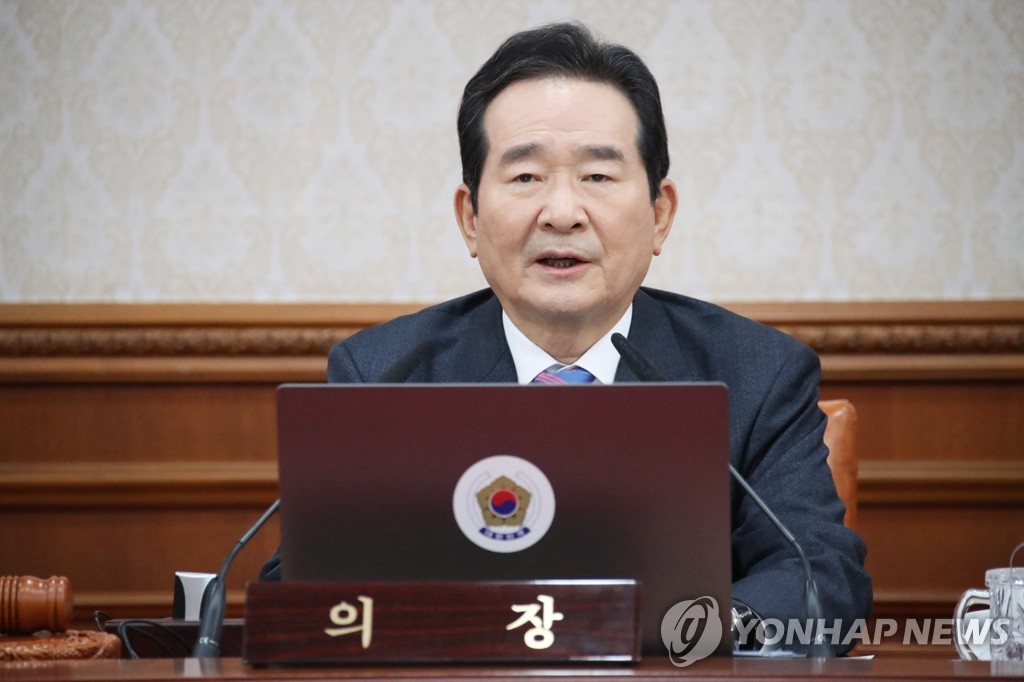