THe U.S. news network also noted the unveiling of the new KF-21 jet has set the stage for a US$5.2 billion market South Korea hopes to create.

"South Korea unveiled its homegrown supersonic jet fighter on Friday (Seoul time), joining an exclusive club of military aviation giants and setting the stage for a $5.2 billion program it hopes will be a top export driver and jobs creator," the report said.

The KF-21 Boramae fighter jets are designed to replace the country's aging fleet of F-4 and F-5 jets.

South Korean President Moon Jae-in said at the unveiling ceremony in Seoul that his country aims to deploy 120 KF-21 jets by 2032, noting some 100,000 new jobs will be created once the country begins mass production.

CNN noted the rollout of the KF-21 jet marks a "significant achievement for a country that doesn't have a lengthy history of aircraft production."

Seoul earlier said the country will become the world's eighth nation to have developed an advanced supersonic fighter jet when its final tests of the KF-21 are completed. 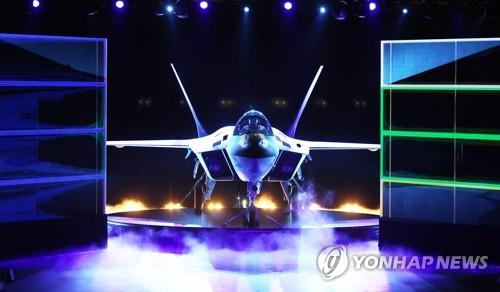