WASHINGTON, April 9 (Yonhap) -- North Korea's difficult conditions are caused by the actions of its own leadership, White House spokeswoman Jen Psaki said Friday, insisting no U.S. actions or sanctions are targeted at the North Korean people.

She also said the U.S. continues to work with international organizations to provide humanitarian assistance to the people of the impoverished North.

"I would say that no actions that we are taking as it relates to sanctions are meant to be targeted at the North Korean people," Psaki said in a daily press briefing. "They are in the conditions and the circumstances they're in, because of the actions of their leadership." 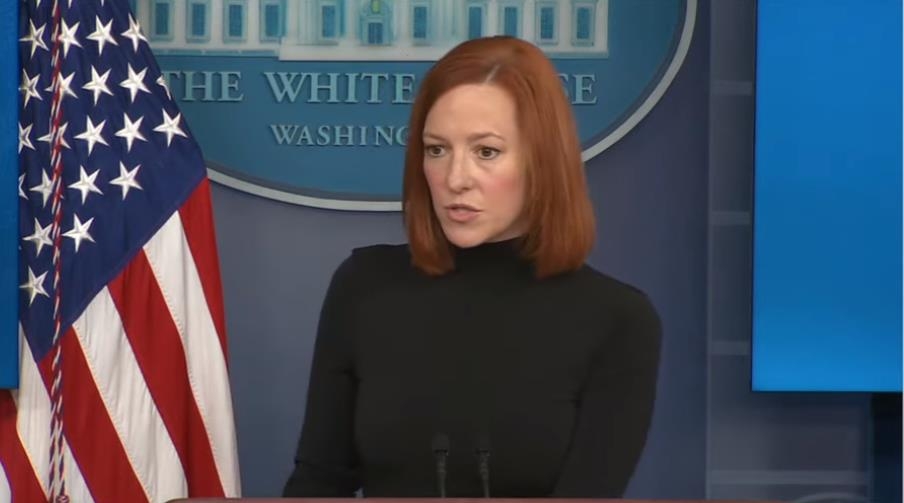 Her remarks came after North Korean leader Kim Jong-un urged his country to prepare for a "tougher" arduous march, referring to a period of economic difficulties in the 1990s when the North suffered from extreme poverty and starvation.

"I made up my mind to ask the WPK organizations at all levels, including its Central Committee, and the cell secretaries of the entire party to wage another more difficult 'Arduous March' in order to relieve our people of the difficulty," Kim was quoted as saying in a Workers' Party meeting.

Psaki said the U.S. continues to work to provide humanitarian assistance to the North, despite a longstanding stalemate in denuclearization talks with the recalcitrant country.

"We continue to work with international leaders and organizations to provide humanitarian assistance, something that we believe is important and vital to do from a humane standpoint even while we have issues with their nuclear aspirations," she said.

North Korea has stayed away from denuclearization negotiations since leader Kim's Hanoi summit with former U.S. President Donald Trump in February 2019 ended without a deal.

The new Joe Biden administration has said it has reached out to North Korea for dialogue since mid-February. Pyongyang remains unresponsive to U.S. overtures.