"I extend my heartfelt thoughts on the passing of The Prince Philip, who was loved and respected by the people of the United Kingdom," Moon wrote on his Facebook account, both in Korean and English.

"The people of the Republic of Korea and I will forever remember the contribution he made to enhancing friendly ties between the two countries when he visited Korea with her Majesty The Queen in 1999," Moon said in the online message.

He added, "I offer my condolences and share the grief with the bereaved family and the people of the United Kingdom." 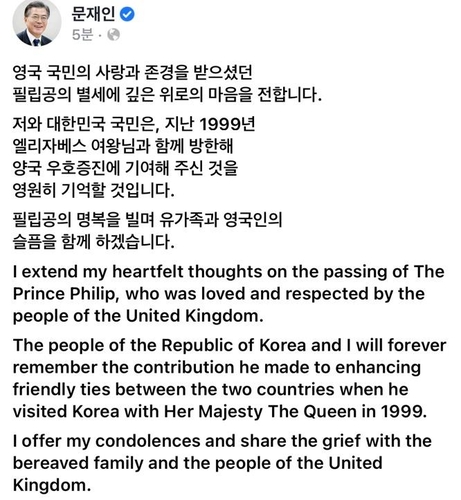