SEOUL, April 11 (Yonhap) -- Kim Ha-seong has gone deep for the first time in the majors.

The South Korean infielder for the San Diego Padres delivered a game-tying solo home run against the Texas Rangers in the top of the fifth inning at Globe Life Field in Arlington, Texas, on Saturday (local time).

Kim's blast, off the Rangers' starter Jordan Lyles on a 1-1 curveball, traveled 388 feet to left field before hitting the foul pole. The ball came off Kim's bat at 102.5 mph. 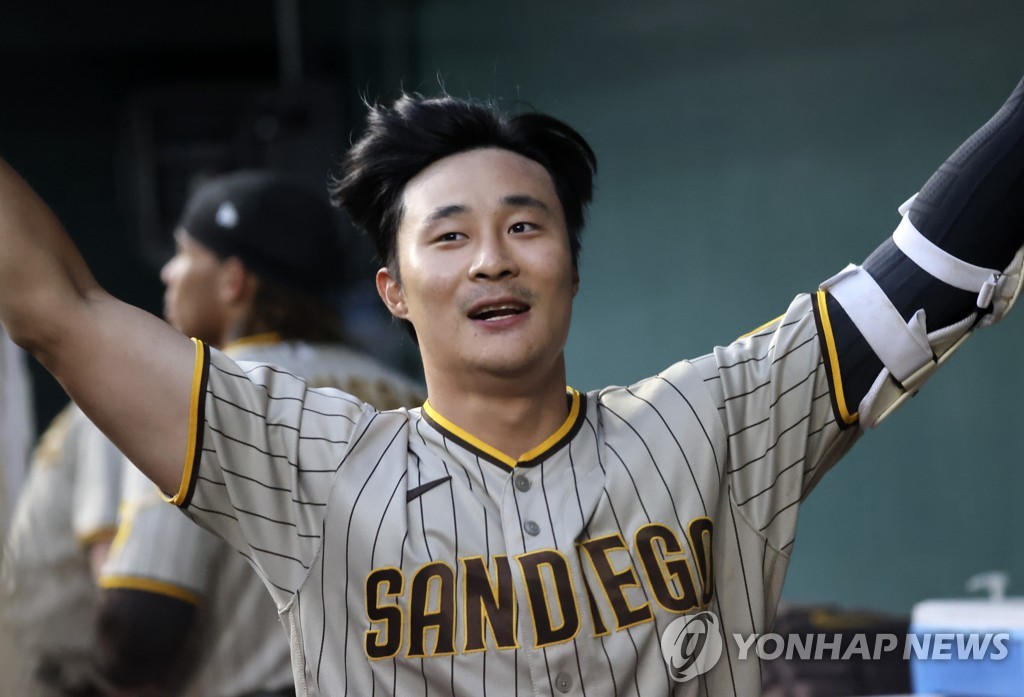 This was Kim's eighth game in the bigs, and the home run came in his 19th at-bat. He went 1-for-2 with a walk and two runs scored, and also reached base after getting hit by a pitch in the third inning. Kim is now batting .200 for the season.

Kim signed a four-year deal with the Padres in December, following seven successful seasons in the Korea Baseball Organization (KBO) with the Kiwoom Heroes. Kim had 133 home runs in 891 games in the KBO, including a career-best 30 dingers in 2020. Of his six full seasons -- he only appeared in 60 games in 2014 -- Kim had one 30-homer campaign, three 20-homer seasons and two other seasons in which he had 19 homers each.

"It feels great to hit a home run and to win the game as well," Kim said afterward. "When I hit it, I first thought it was going to be a foul, but about halfway there, I thought it would stay fair."

Kim bumped elbows with Trent Grisham after crossing home plate, but in the dugout, the rest of the Padres gave Kim the silent treatment -- pretending they hadn't seen anything and Kim wasn't even there. Big league players pull off that trick on rookies after their first home runs. 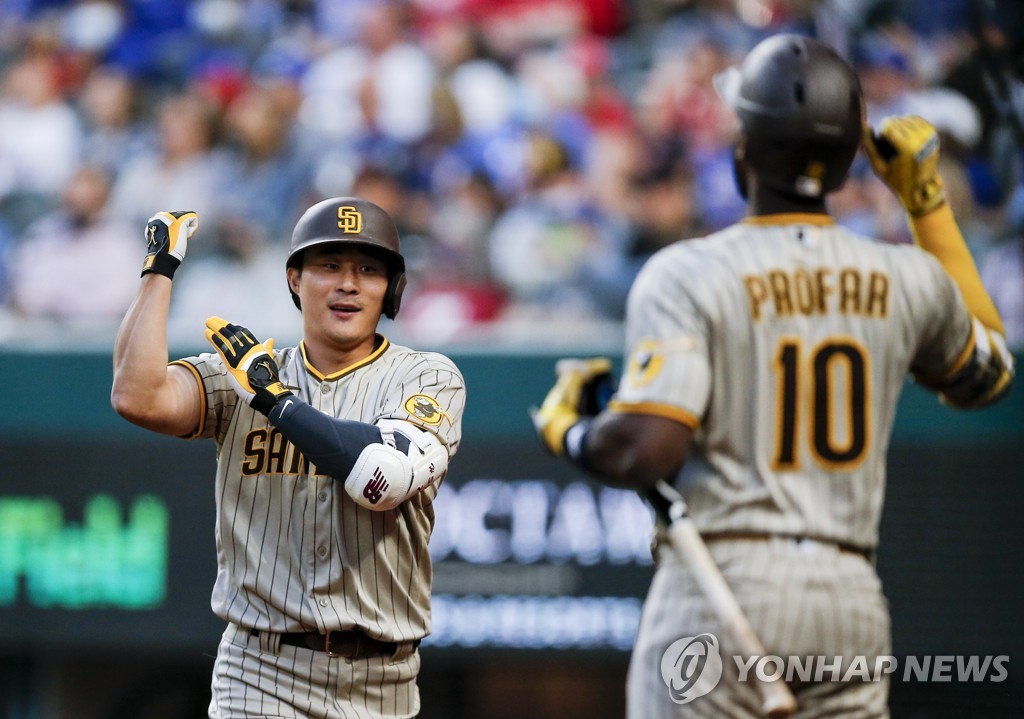 Only after Kim went to the other end of the dugout did his teammates mob him in celebration.

"We do silent treatments in Korea too and so I knew the guys would come get me at some point," Kim said. "I was expecting a breaking ball, and I made good contact. It feels great, but this is only the beginning. I am still making adjustments to the pitching here."

Kim, a career shortstop in the KBO, was signed by the Padres as a utility-type player who could handle multiple positions. In spring training, Kim saw action at shortstop, second base, third base and left field.

Although a recent shoulder surgery to regular shortstop Fernando Tatis Jr. has opened the doors for the South Korean, Kim said he doesn't consider Tatis' absence any type of an opportunity for himself.

"Tatis Jr. is an indispensable part of our team, and I'll do the best I can do to help the team win while he's away," Kim said. "I hope he recovers quickly." 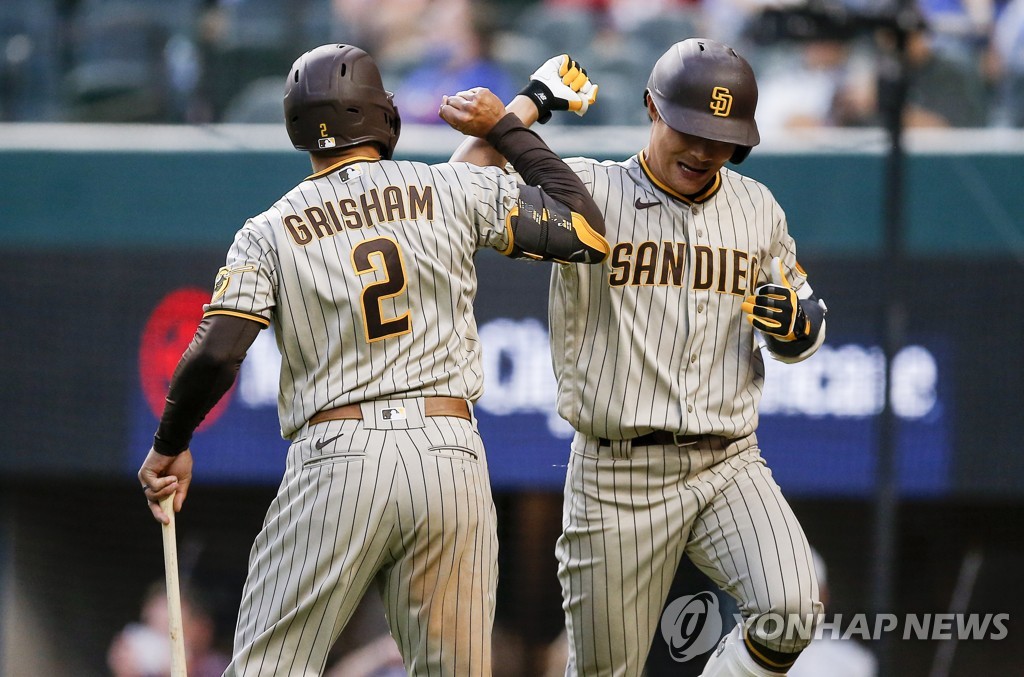 Kim was also asked about recording the final out in starter Joe Musgrove's no-hitter from the previous day. It was the first no-hitter in Padres' history, and Kim fielded a grounder at shortstop and made a perfect throw to cap off that feat.

"I am sure Musgrove was the happiest guy at the moment, and I was happy to be a part of that," Kim said.

Kim committed an error during Saturday's win and now has two errors on the young season. Kim said going hitless at the plate or making miscues on the field take a bigger mental toll on him in the majors than they did in the KBO, and he said he's trying not to dwell on those mistakes. 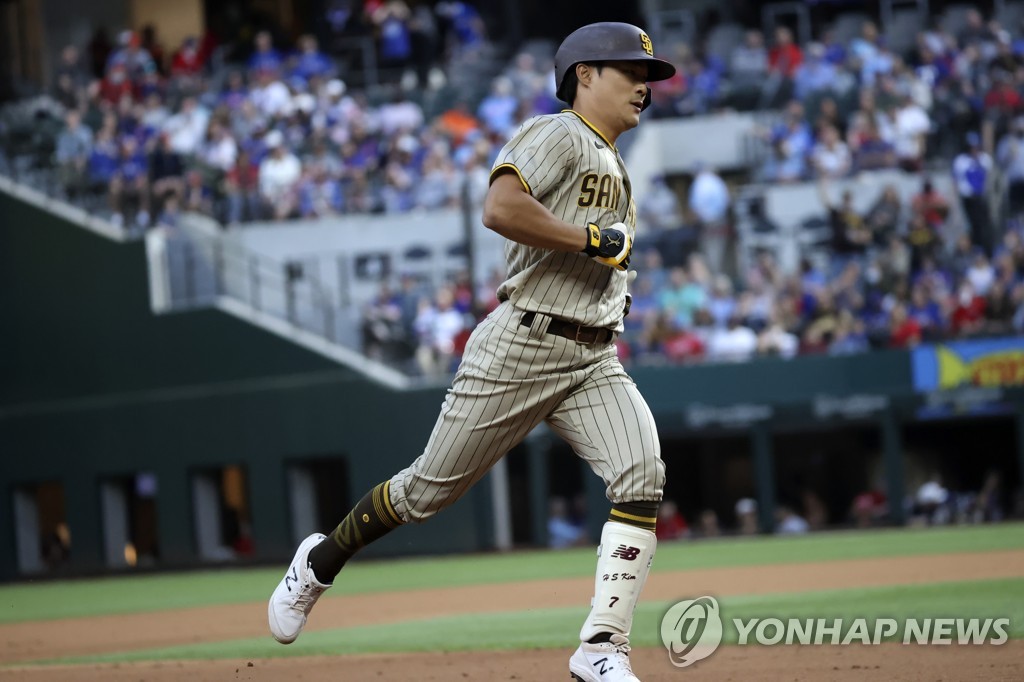