SK Innovation agreed to pay 2 trillion won (US$1.78 billion) to settle the dispute with LG Energy Solution and withdraw all their other pending litigations to end their two-year legal battle, the companies said earlier in the day.

"This settlement agreement is a win for American workers and the American auto industry," Biden said in a statement posted on the website of the White House. 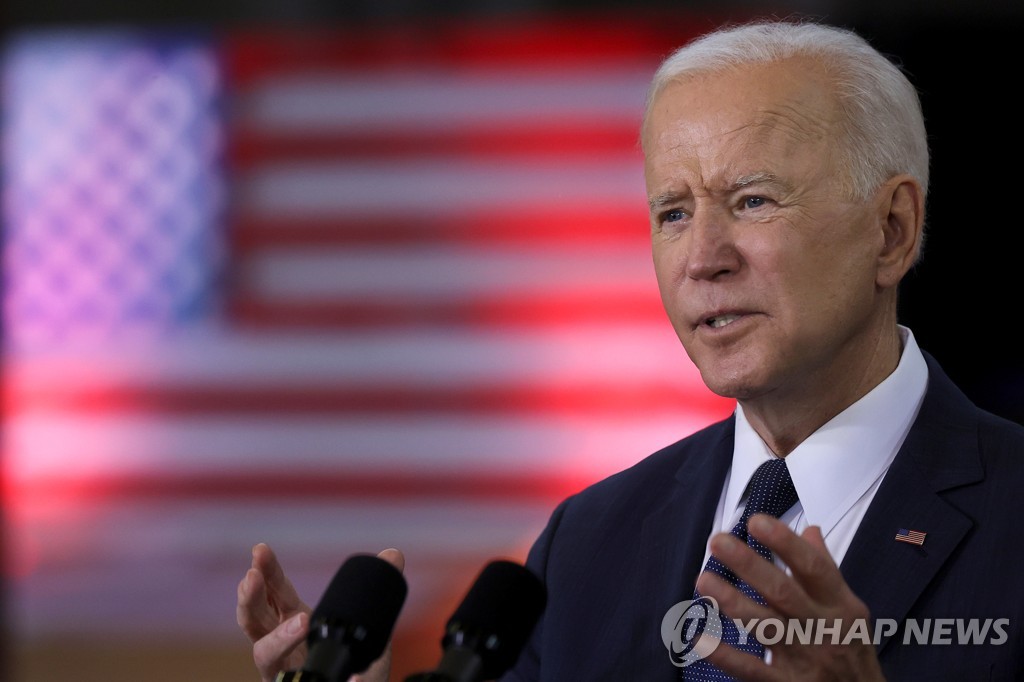 The president stressed that a key part of his plan to "Build Back Better" is to have electric vehicles and batteries of the future built in America and by American workers.

"We need a strong, diversified and resilient U.S.-based electric vehicle battery supply chain, so we can supply the growing global demand for these vehicles and components -- creating good-paying jobs here at home, and laying the groundwork for the jobs of tomorrow," he said.

"Today's settlement is a positive step in that direction, which will bring some welcome relief to workers in Georgia and new opportunity for workers across the country," he added.

The two Korean battery makers announced the results of their agreement hours before the deadline for an import ban on SK.

Their settlement averts the import ban, which was set to take effect unless Biden vetoed the ITC decision before the Sunday night deadline.